Damian Lillard launched his own signature line of shoes from adidas this year, and while the D Lillard 1 is aesthetically pleasing in a variety of colorways, there’s something special about one of your teammates taking the time to customize a pair personally.

Robin Lopez did just that, and Lillard wore what appeared to be a hand-painted pair during his season-saving 32-point performance in the Blazers’ Game 4 win over the Grizzlies. 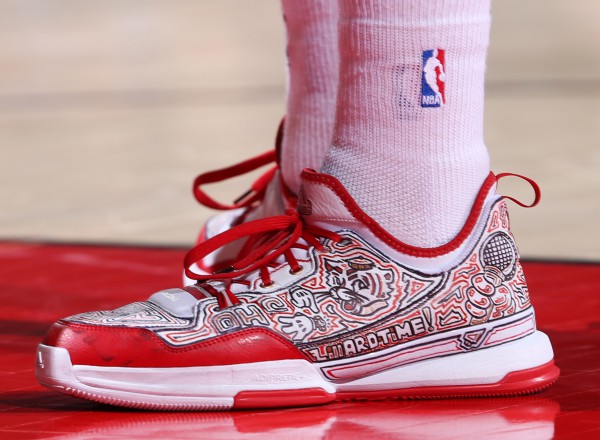 adidas unveiled its Easter collection of basketball shoes, which means we get pastel hues inspired by Easter-egg coloring splashed on the signature models of John Wall, Damian Lillard and Derrick Rose. 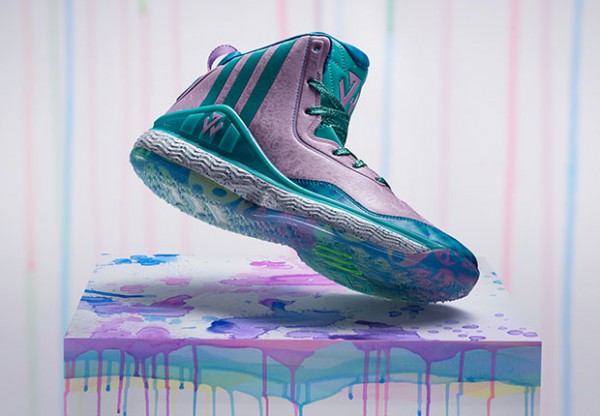 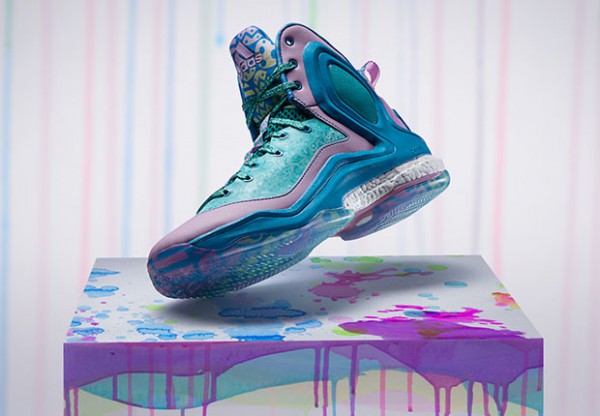 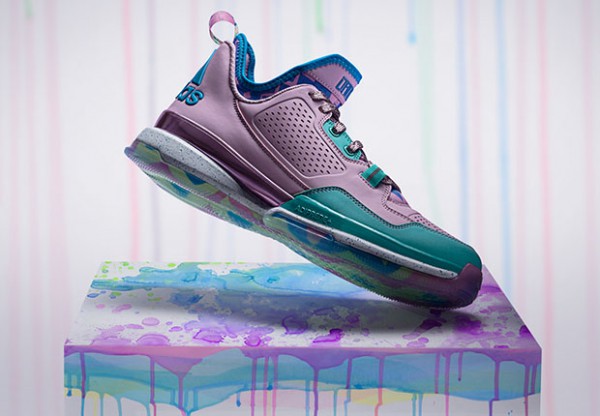 For more up close and detailed images, head on over to Nice Kicks.

With Sunday’s unexpected news that Blake Griffin would require elbow surgery and thus be unavailable for next weekend’s All-Star festivities, the league wasted little time in naming Damian Lillard as his injury replacement.

And shortly thereafter, adidas acted similarly swiftly in releasing the official photos of the All-Star colorway of his signature shoe, the D Lillard 1.

“Designed in tandem with the 2015 NBA All-Star uniforms, the D Lillard 1 features a clean white leather upper with white snakeskin texture across the back panel of the shoe, around the midfoot laces and atop the TECHFIT booty. Black accents include the toe cap with tonal snakeskin print and logos on the back of the shoes. The full-length adiprene+ midsole features black splatter print, while the outsole is translucent black. The shoe is finished with metallic gold “Dame” and adidas logo branding across the tongue.  “

Check out the photos below, and for more on the D Lillard 1, check out our launch event recap, which includes an interview with Lillard himself. 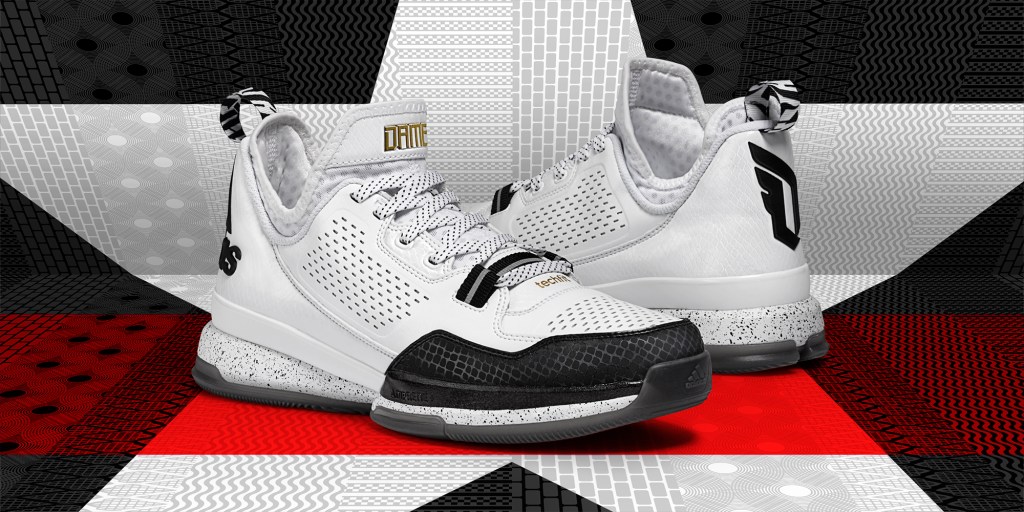 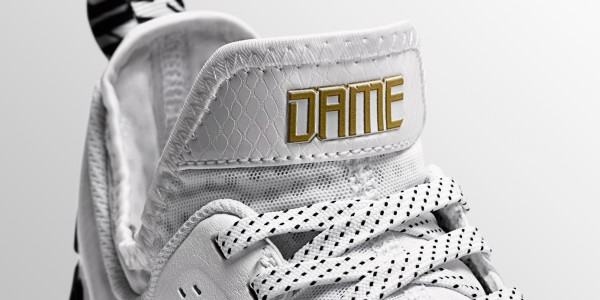 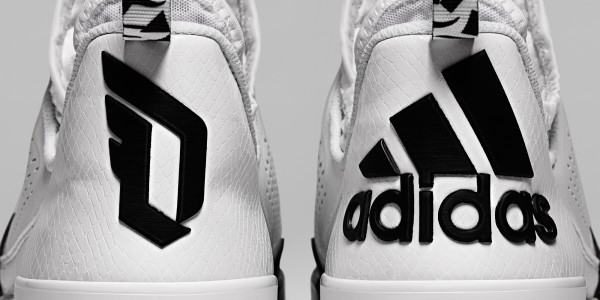 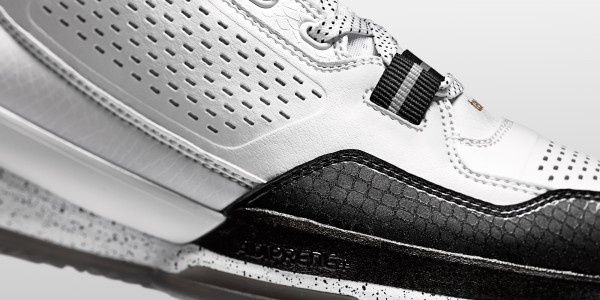 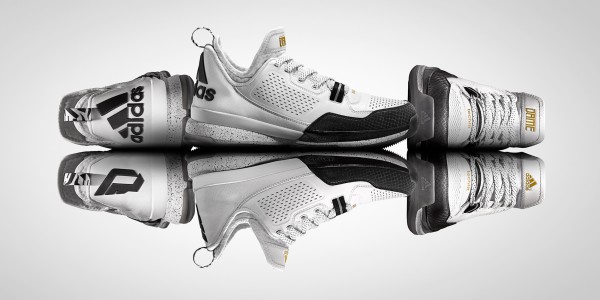 PORTLAND, Ore. — Damian Lillard launched his first signature shoe from adidas, unveiling the D Lillard 1 at an event which was held at the company’s headquarters in Portland earlier this week.

Fans were invited to attend through Lillard’s social media channels, and they packed the place for a fun afternoon event that celebrated the player who has risen to quickly become the best on a very good Trail Blazers team.

Music was a theme throughout the sneaker launch, and with good reason. Lillard is the rarest of NBA creatures who is actually a skilled rapper, and his #4BarFriday weekly Instagram contest has become a fan favorite on a global scale.

As media arrived in Portland, they were given an iPod shuffle with 10 tracks preloaded that were chosen by Lillard himself. Once the event got going, Lillard gave us a live rendition of his latest 4bar creation, and there was a surprise performance from hip hop artist Future Hendrix, during which Lillard and members of his family weren’t afraid to put some of their dance moves on display.

After things wrapped up, the media spent the evening at a nearby recording studio, where plenty of silliness ensued as we were invited to lay down 4Bar tracks of our own in a professional setting.

[I did not do this. But those who did were surprisingly creative, hilarious and impressive with both their words and their respective styles — shout out to Abe Schwadron of SLAM, Lance Fresh of Bleacher Report, and Ian Stonebrook of Nice Kicks.]

As for the sneakers themselves, Lillard was heavily involved from the very beginning of the process — one  that started 18 months before the shoes were ready to launch.

“I was all over it,” Lillard said. “I probably got on their nerves, because I would just pop up and show up to the office like, what you got? Let me see.”

“They were good about it,” he said. “I would send in pictures of some of my favorite shoes as a kid, or stuff that I like if I just see it on the Internet. I would screen shot and send a picture to them. … They listened to everything I had to say.”

Coming up with the details wasn’t easy for Lillard at the start, however — mainly because of the fact that while he of course had likes and dislikes from an aesthetic standpoint, he had paid little attention to the performance aspects when playing in the past.

“Basically, I’ve never really had a preference,” he said. “I’ve never loved a light shoe, or cared if it was kind of heavy, or [whether] it had a strap, or not a strap. I never really had a preference. So that’s what I had to get around. I had to figure out what I really wanted my shoe to look like, and it was kind of hard because I didn’t want to make their jobs hard by saying I don’t like that, or this is not how I want it, or I like this better than this. I had to fight that because I wanted it to look how I wanted it to look, so that’s probably why they brought me so many shoes, because we went back and forth about stuff. Because they were willing to work with me the way they did, it turned out just fine.”

How many shoes did they bring?

“Probably at least 20 different versions,” said Robbie Fuller, who designed the shoe for adidas. “But we had a really good starting point, because he gave us some real specific must-haves, which was to have this tech fit sleeve right next to the foot. He gave us the direction of how he really wanted to lace hard. And then finally, the SprintFrame construction, which we started with the adizero Crazy Light. It’s an efficient way to build a shoe that makes sense. You reduce the amount of softer, heavier material, and you replace it with something that’s lighter and stronger.” 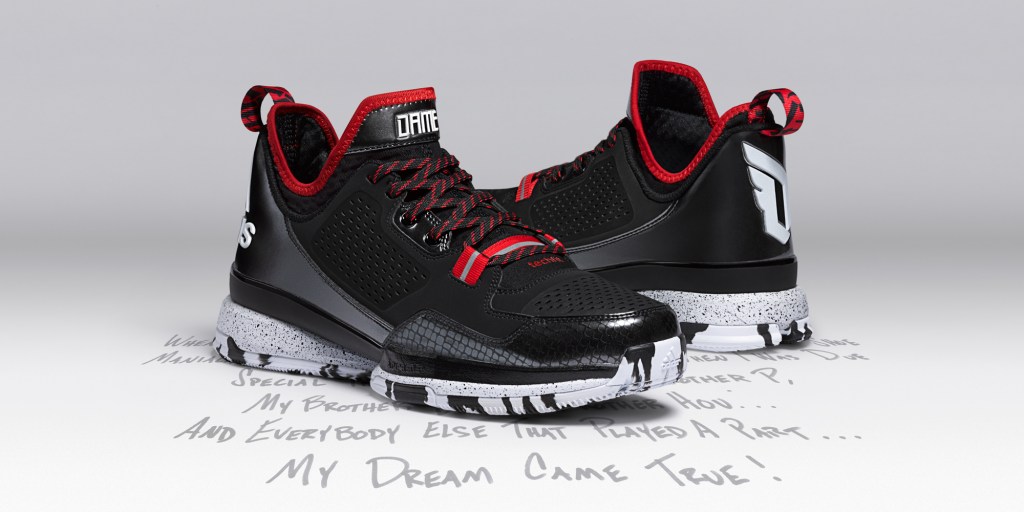 Keeping the price of the shoe down was near the top of the priority list for Lillard, who didn’t want his fans to have to break the bank just to be able own his first signature shoe. That meant keeping costs down from a manufacturing standpoint, which affected the choices he had to make when helping to create the shoe’s construction.

“We talked about the Boost, which would obviously have made the shoe probably 35, 40 dollars more expensive,” Lillard said. “But that’s why I wore [the D Lillard 1] a lot. In the summer I was wearing it, and then after that I had a few pairs that I just would always wear, because I wanted it to be a quality shoe. I didn’t want it to be just a shoe they put together so it could be cheap, you know what I mean? I wanted it to be quality. And it still ended up being a quality shoe without having the ‘greatest’ technology. I think you can still have a really good shoe without it being made out of the most expensive stuff you can use.”

The shoes feel great. They’re comfortable when you first slip them on, with zero break-in required. The cushioning that was used is more than ample — especially in the heel, but there’s enough in the forefoot to provide a smooth enough ride. We got a brief chance to play in them, and the above-average level of traction that was present was impossible not to notice.

Events like these can be awkward for the athlete, who is at the center of attention while hundreds in attendance focus on him and sing his praises for an extended length of time. Lillard managed to remain humble throughout it all, which, along with the wealth of on-court talent he possesses, is a quality that helps endear him to so many fans.

“People have been asking me all day, are you excited, are you going to cry, are you this, are you that,” Lillard said. “And I’m like … I’m trying to make myself, I guess, appreciate it more, because I know that I overlook a lot of things that I should probably be proud of, because I’m so quick to want to move on to the next thing.

The D Lillard 1 will be available at Foot Locker and adidas.com on February 6 at a retail price of $105.