Coby White has not shot well from three this season, just 21.2 percent coming into Tuesday night.

However, the rookie does not lack for confidence.

It was bombs away for White against the Knicks as he hit seven threes in the fourth quarter, outscoring the Knicks by himself (23-17), which sparked Chicago to a 120-102 win. 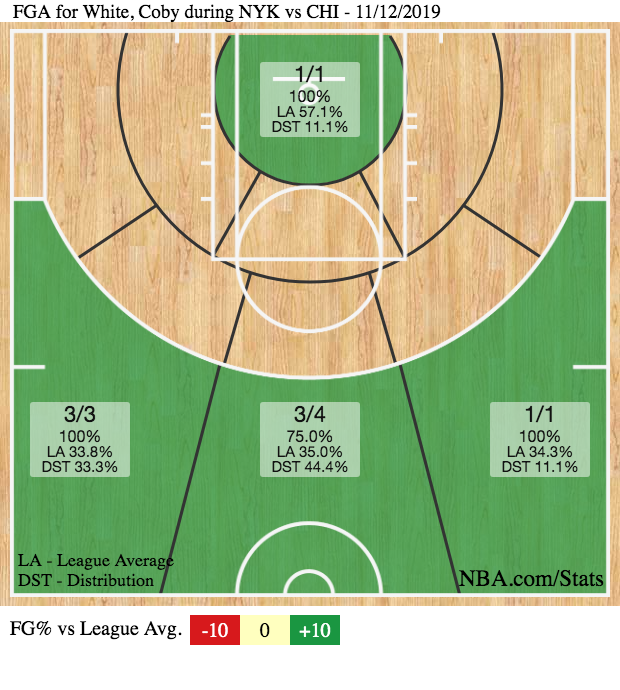 White has been up and down this season — as rookies do — but this is the second time this season he has gotten red-hot and secured the Bulls a win.

The Bulls still have a lot of questions. A rookie hitting seven threes in a quarter is not a sustainable way to win games. But for now, the Bulls will take any win they can get.