Damian Lillard has never had a night like this.

You know you’re having a good night when your shot chart looks like this. 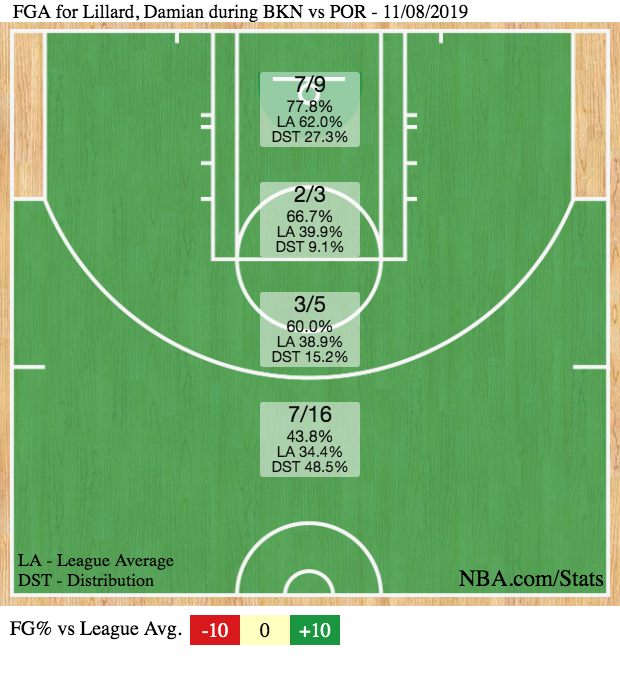 Lillard’s previous high had been 59 points, against the Jazz back in 2017, but he passed that number Friday with a meaningless buzzer-beating three.

Meaningless because the game was decided and the Trail Blazers were going to lose at home to Brooklyn. The final was 119-115, and it drops the Blazers to 3-6 on the season.

It was the Nets’ backcourt that won them the game, with Kyrie Irving scoring 33 and Spencer Dinwiddie adding 34 off the bench. Portland’s lack of size (due to injury) also hurt them as Brooklyn grabbed the offensive rebound on 36.5 percent of their missed shots, leading to 31 second-chance points.