Each summer LeBron James comes back with a fresh hairline in a miraculous recovery that appears to mirror the longetivity of his own career in the NBA. James clearly takes time out of his busy summer schedule to get plugs, and over the course of the regular season his headband slowly slides up the top of his head as they recede.

But there are big expectations for the Los Angeles Lakers this year, and so perhaps the stress is already affecting James physically? During Saturday night’s game against the Utah Jazz, James’ hairline could be seen actively receding. In fact, a video of the game showed that teammate Anthony Davis was telling LeBron that his hair was actively falling out during the course of the contest. 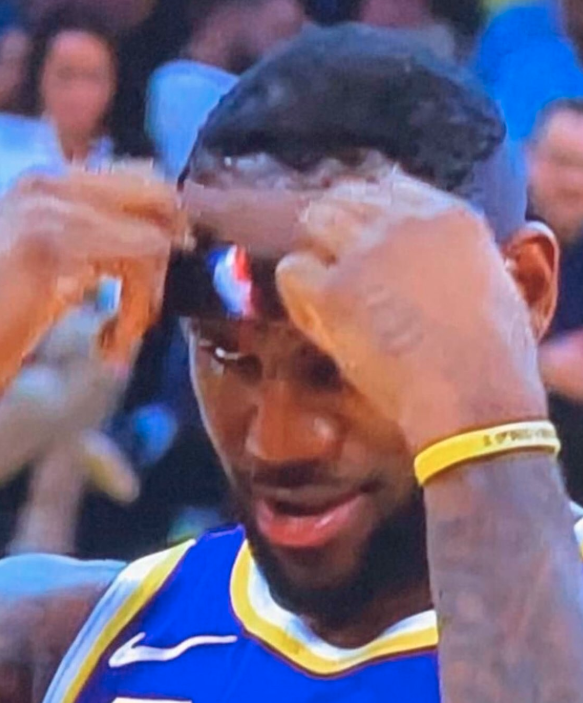 I’m not sure what the big deal is here for LeBron. He seems to have a good enough head shape, and renderings people have done of him with the full-on Michael Jordan shaved look are pretty reasonable. He’s even got connected earlobes, which is something that helps bald dudes look a little bit better.