StubHub’s data backs him up.

The Lakers — with LeBron James and now Anthony Davis — remain the most in-demand ticket in the NBA for the third straight season, according to data from the world’s largest ticket marketplace, StubHub, released to NBC Sports. However, demand for Clippers tickets is up 821 percent from one year ago, a direct impact of the team landing both Kawhi Leonard and Paul George, vaulting the Clippers to second on the in-demand list.

The two most in-demand NBA tickets at StubHub are opening night in Los Angeles, with the Lakers at the Clippers, and the Christmas Day clash between those same two teams. 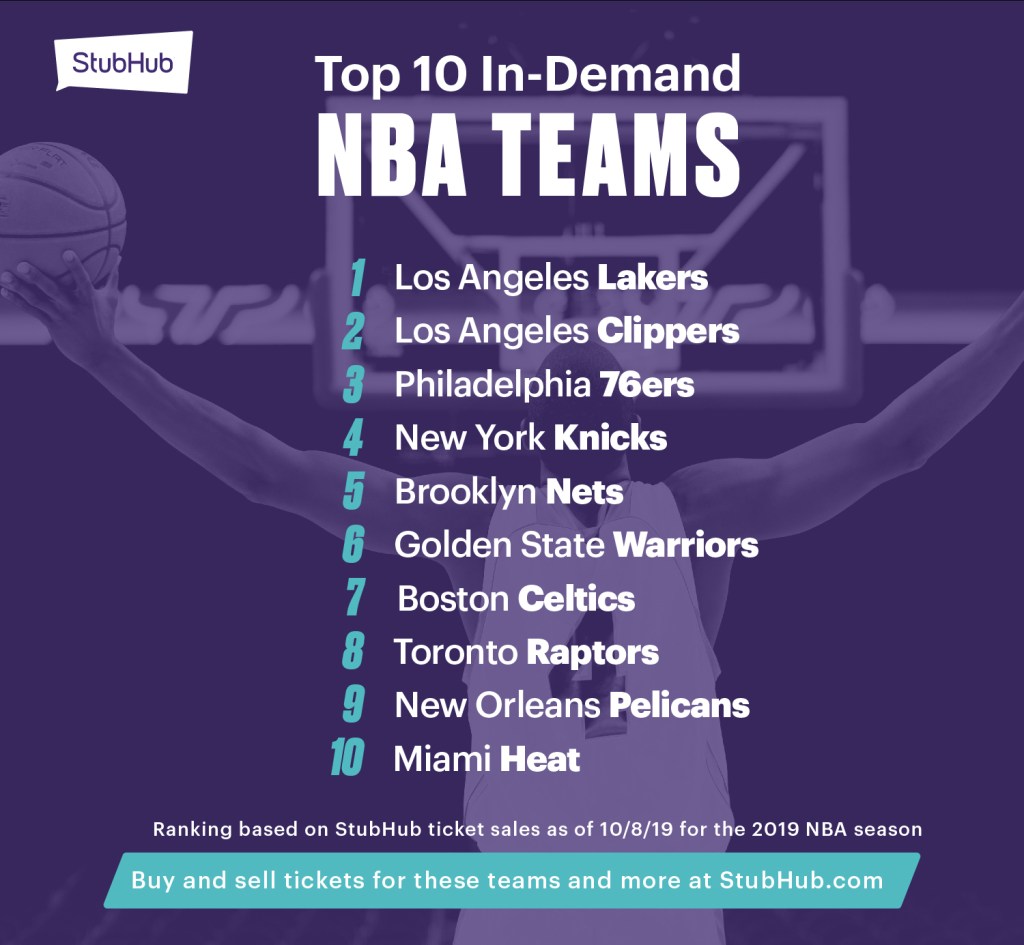 “For a long time, the Clippers have played little brother to the Lakers, but if you look at the data of our ticket demand for the Clippers this year, it’s through the roof,” said Akshay Khanna, general manager of the NBA at StubHub. “And that’s being driven by them having acquired two of the biggest stars in the NBA. Combine that with the Lakers having two of the biggest stars of their own and you have a market that is basketball crazy, one that is ready for what could be a really historic rivalry.”

That star power is not just driving ticket demand in Los Angeles — superstar duos around the NBA are drawing interest from fans. 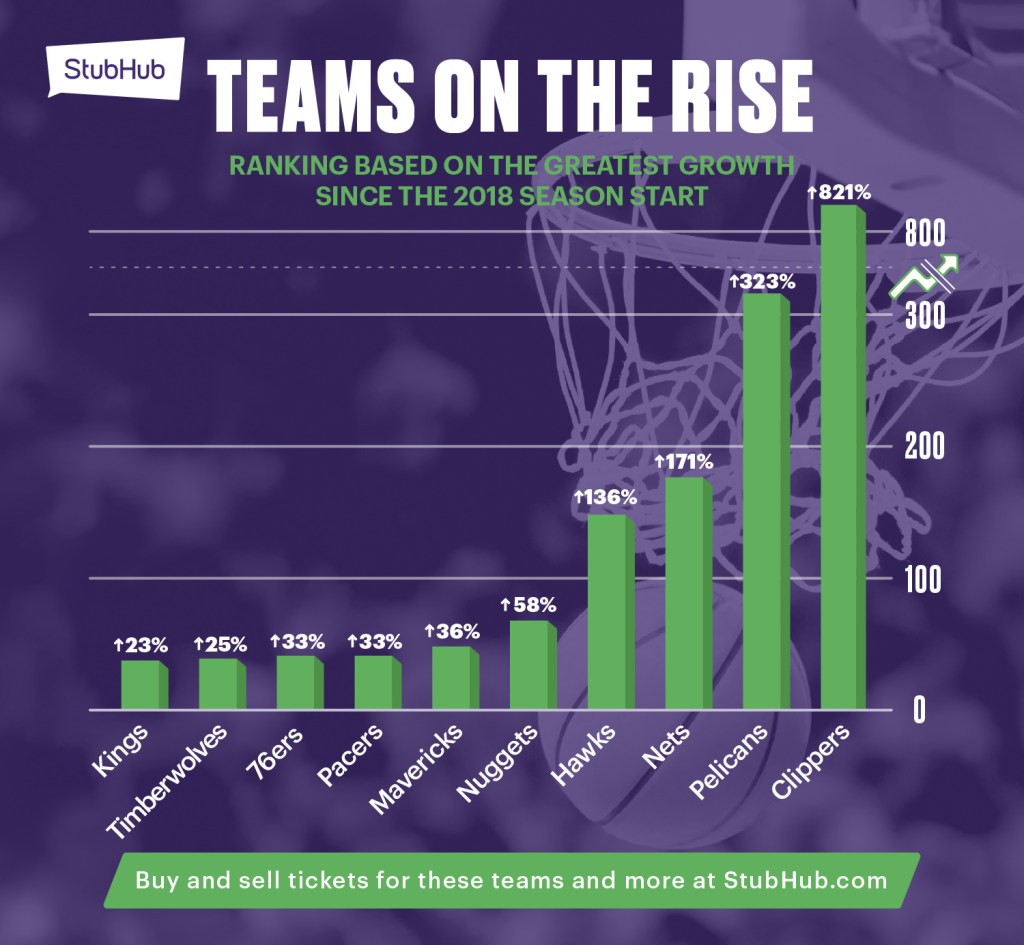 “When we look at demand for teams outside those two Los Angeles teams, it’s teams like Houston, teams like Brooklyn, teams like Philadelphia, teams that have two alpha stars, that’s a star-driven storyline as well…” Khanna said. “NBA fans are banging down the door to see these teams that made massive offseason moves… We’re seeing fans being attracted to stars, and to some extent that is a uniquely NBA thing.”

Part of that is NBA stars move around more than stars in other sports, creating a real buzz among fans, in the media, and on social media. That doesn’t happen in baseball as much, with players often getting longer contracts. In the NFL, the biggest name quarterbacks — Tom Brady, Aaron Rodgers, Drew Brees, Russell Wilson, Phillip Rivers — have played their entire career for one team.

A question for NBA owners has been, “how do we turn all this social media buzz into dollar signs?” Well, the teams spending the money are seeing a bump at the gate.

“When we look at our data, as stars move, demand for attendance for those games increases,” Khanna said. “And the really interesting aspect of that is it’s not limited to the United States. When we look at our international data, when we look at demand for the NBA outside the United States… [Ed. Note: for both NBA regular season and preseason games played overseas] sure enough the demand is for the big market teams that have the stars. That makes sense, fans are going to gravitate toward those teams if they haven’t grown up with an allegiance.”

There are young teams on the rise seeing a big jump in interest as well, and none as big as what Zion Williamson has brought to New Orleans, where ticket demand is up 323 percent.

“It is Zion driven, but in the Anthony Davis trade the Pelicans also acquired a really rich cast of exciting talent to pair alongside Zion…” Khanna said. “I’m sure we will see them be a big draw not just in New Orleans but in whatever cities they visit. Everyone wants to get a piece of Zion, that’s for sure.”

We know the NBA is a star’s league, and that hasn’t changed. The Warriors with Stephen Curry and Draymond Green (in their new building, which also creates ticket demand), the Celtics with Kemba Walker and Jayson Tatum, Miami with Jimmy Butler, are all in the top 10.

As are the Philadelphia 76ers, a team with Joel Embiid and Ben Simmons (and with a StubHub patch on their jerseys).

“They are one of the two clear favorites to make it out of the East, and they have two very marketable stars,” Khanna said. “Embiid is one of the top five or seven players in the league and his social media presence is outsized for a guy is 7’2”. What’s interesting is both of their stars are international, so they draw an audience not just in Philadelphia but in their home countries. We’re seeing that demand reflected in our data.”

That data backs the old business adage “you have to spend money to make money.” It’s always been that way in the NBA, too. At least if you want to sell a lot of tickets. Something Steve Ballmer and the Clippers have figured out.