Philadelphia 76ers forward Mike Scott has had an eventful week. First, Scott was one of the original players to announce that the ninja-style headband worn by many NBA stars this year had been banned by the NBA.

That created a bit of an uproar, particularly as Nike — the manufacturer of that headband — is the apparel partner of the NBA. It was a little weird that the league decided to take money out of the hands of one of its main business allies.

But now Scott is in the news for another reason.

The 31-year-old from Chesapeake, Virginia is a fan of the Washington Redskins, and was in Philadelphia to watch the Eagles game. Scott posted photos to social media of him wearing Washington gear, and that quickly became how folks identified what appears to be a video of him fighting some Philly fans.

Mike Scott told Philly fans from the moment he arrived, "I ain't no b****," so why would someone try him when he showed up to an Eagles game in a Redskins jersey? pic.twitter.com/MhVXwpSnRo

@mikescott on behalf of @Eagles fans and Philadelphia we don’t condone this bullshit. You know exactly why this happened and it wasn’t because of your jersey pic.twitter.com/p5Wg0NXevZ 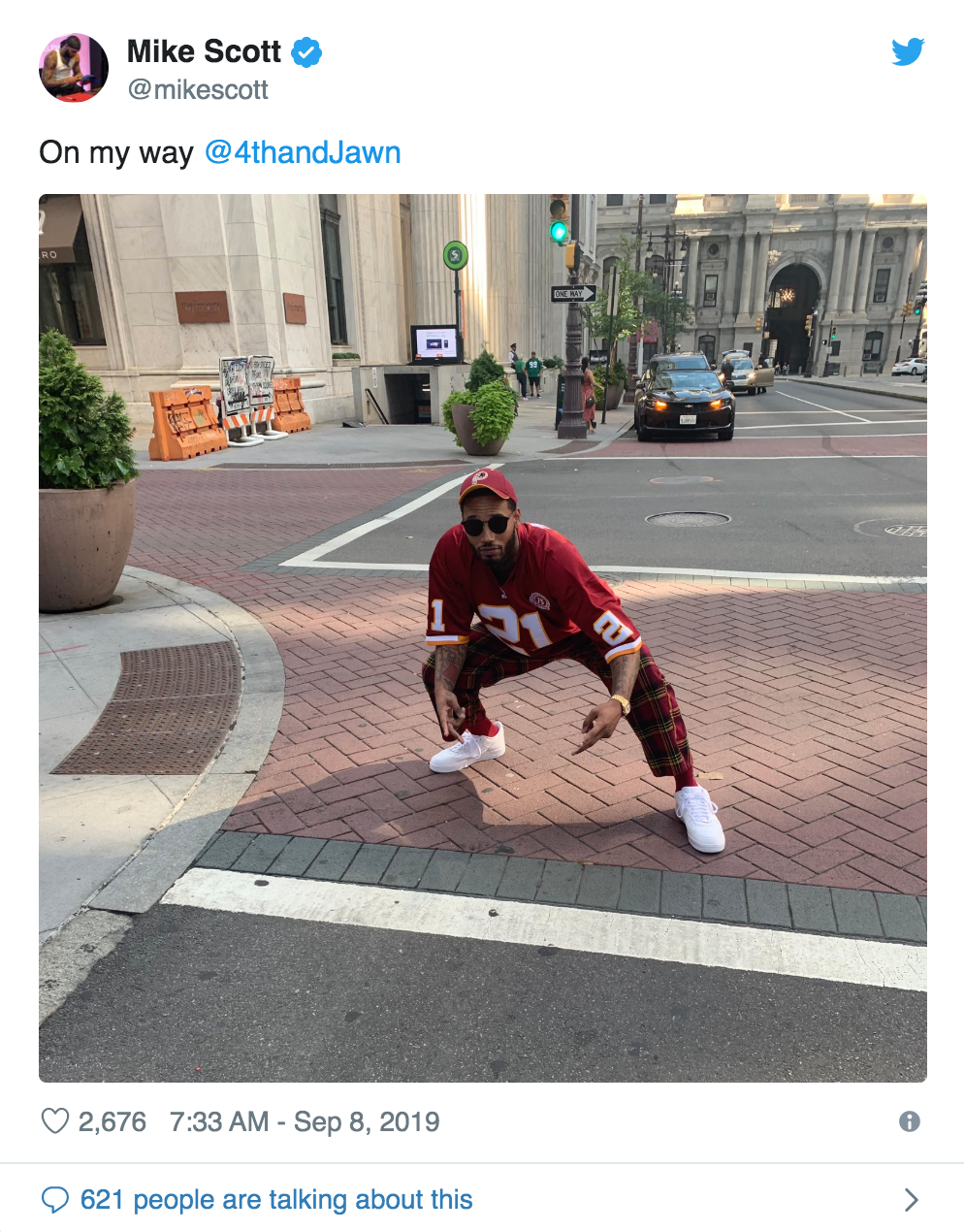 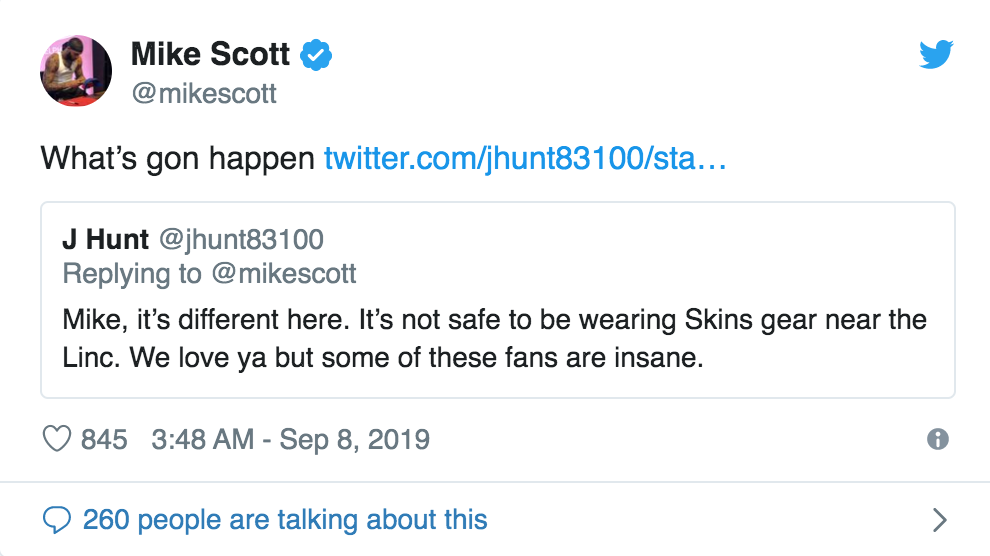 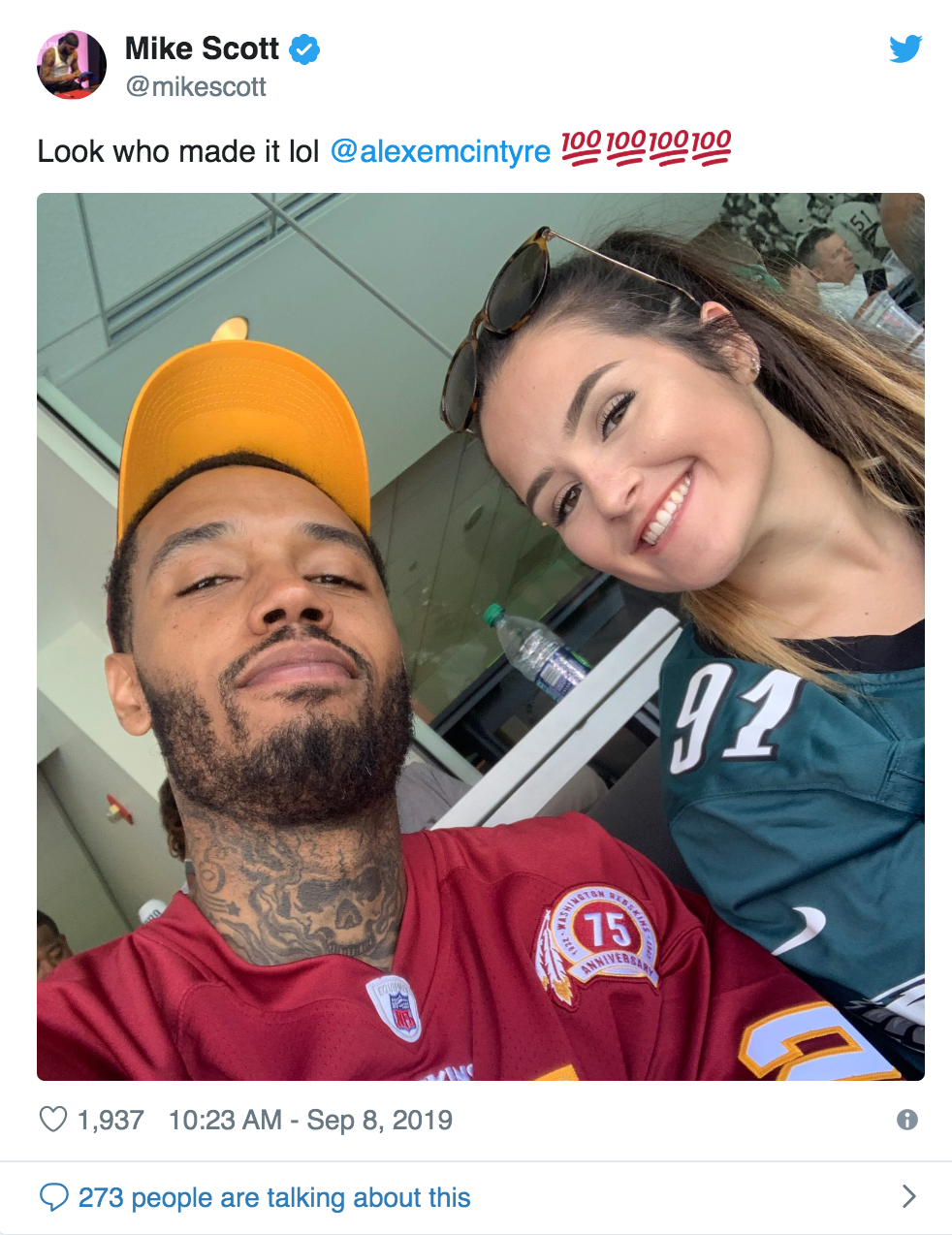 That’s pretty clearly Scott, given the identifiability of the pants. Another angle of the video shows more of how things started between Scott and Eagles fans. According to Deadspin, the Philadelphia police have not had any reports come in about Scott. As you can see in the photos above, Scott apparently made it inside to the stadium and was enjoying the game just fine.

The NBA will undoubtedly be looking into one of their players getting into a brouhaha with Eagles fans, and we will keep you posted on any more information we have.