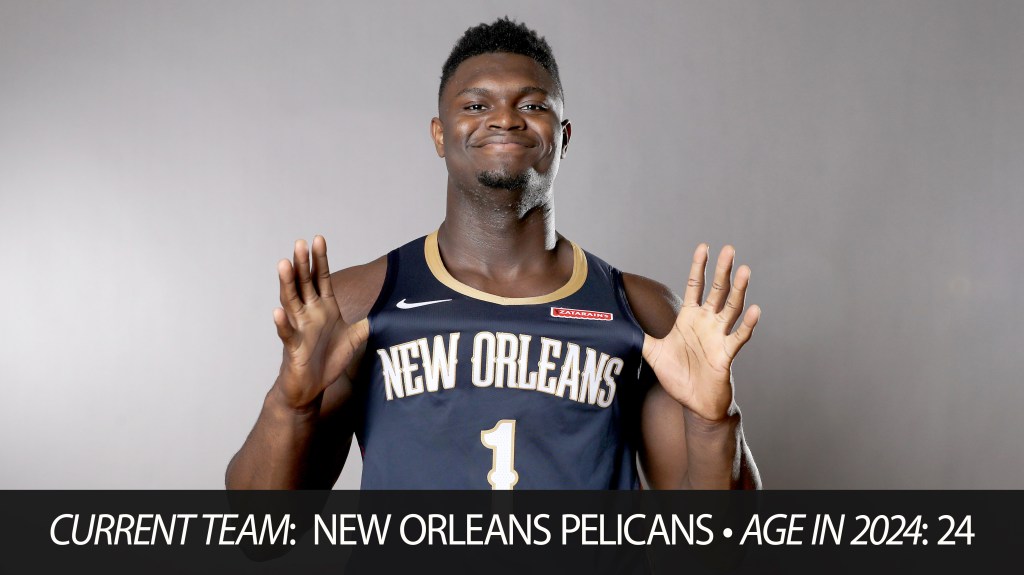 What is there to say about Zion that hasn’t already been said? I’ll put it bluntly — I think Zion is the kind of talent that can redefine the way basketball has to be played in the NBA the same way that Steph Curry did, that LeBron James did, that Shaquille O’Neal did. His physical tools, his skill-set, and his basketball IQ are all that high.

For my money, I think Zion’s ceiling is if you took Draymond Green and gave him one of those NoS boosters from the early The Fast and the Furious movies. He can guard the five spot in the league. He can protect the rim. He is going to be the best grab-and-go big man that we have ever seen. He is going to be a point center. He is a terrific passer and he can read the floor well. I think what makes Green so effective for Golden State is his ability to make the right decision in 4-on-3 and 3-on-2 situations as defenses are forced to key on Steph and Klay in ball-screen actions, and Zion has that in him as well.

The big question for me is going to be how well his health holds up. He’s 270-something pounds with a vertical leap that gets damn near four feet. Imagine standing on top of your kitchen counter and jumping off of it. That’s what it is like for Zion every time he lands. Think about what your knees and ankles would feel like jumping off your kitchen counter hundreds or thousands of times a day. That’s what Zion is going to have to deal with.

But if he can remain healthy and if he doesn’t get ruined by a franchise failing him, he is going to be special. I have no doubt about it.
—Rob Dauster 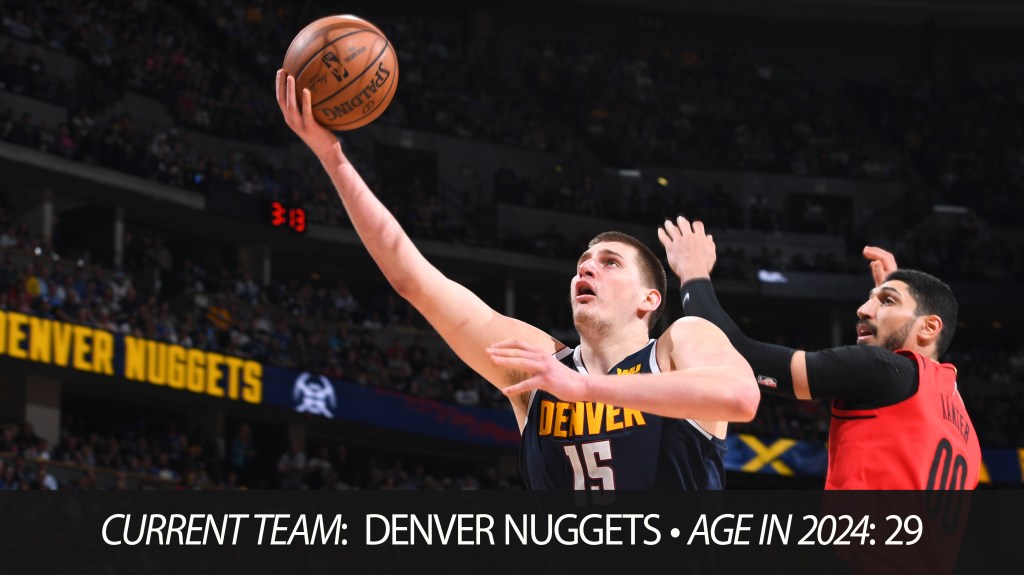 Imagine we made this list in 2014 for 2019. Nikola Jokic had just been the No. 41 overall pick in the draft, and he was headed toward another season in the Adriatic League. Even suggesting considering him would’ve gotten laughed out of the room.

What an incredible rise.

Jokic is the only second-round pick in these rankings. He’s not a great athlete. But he quickly impressed with his great feel for the game. It shows in his passing. It shows in his nose for the ball on rebounds. It even shows on his defense.

That’s the area Jokic can most improve. Though his basketball intelligence translates to defense, Jokic’s athletic limitations also factor prominently. It’s difficult to build a championship-level defense with a center like that. If Jokic gets in even better shape, maybe he’d be more of a defensive difference-maker.

Jokic is already moving past another recent flaw – offensive passiveness. When he asserts himself as a scorer, the Nuggets are much better. He has the touch to justify taking a lot of shots. In some ways, it seems Jokic can’t always believe he belongs as a focal point.

This would have very recently been unfathomable.
—Dan Feldman 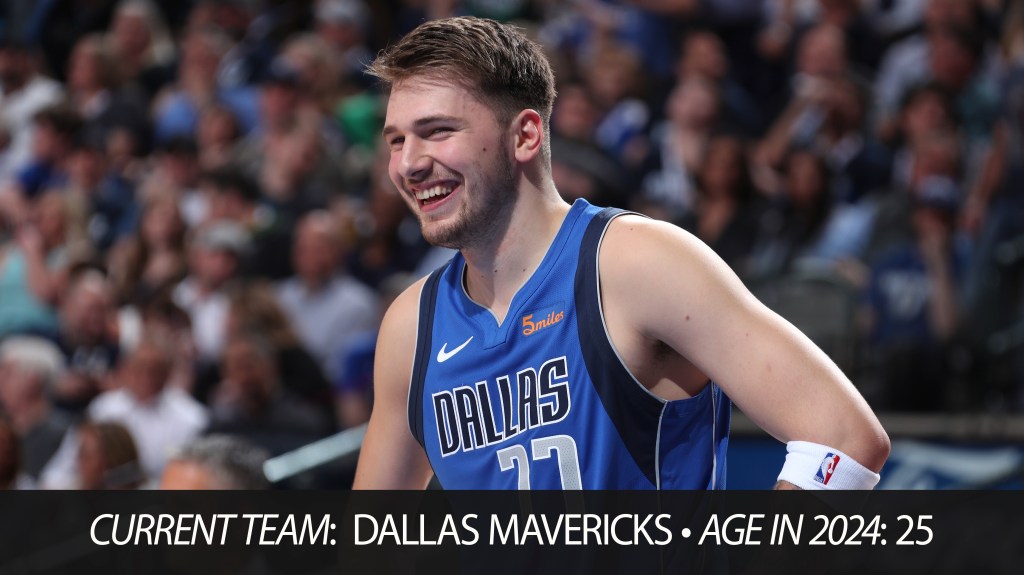 The question before the 2018 draft was not “is Luka Doncic going to be good?” Everyone knew he would be, at 19 he was the EuroLeague MVP. He had the highest floor of anyone in that draft.

The question was, “what is his ceiling?” Or, put more bluntly, could he be an NBA superstar? And with that would he put in the work needed to reach that ceiling? The concern was that at 19 he had already come relatively close to maxing out his skills, that he didn’t have the upside of others in the draft. Was he going to be athletic enough to dominate in the NBA? He had the size, he had the court vision, but would he be able to become a good enough shooter, put in the work on his body, and become an elite NBA player?

After watching his rookie season, the answer is yes.

Doncic averaged 21.2 points, 7.8 rebounds, and 6 assists a game in a historic rookie season that had him as the Rookie of the Year. He already makes decisions and plays like a 10-year veteran when coming off the pick-and-roll, his feel for the game is amazing. His court vision and passing were everything that were advertised, but it comes in a physically strong 6’7” package that allows him to see the court, pass over smaller players, and he showed he could handle contact.

He looks every bit the future superstar, a franchise anchor for the Mavericks. Dallas is now pairing him with Kristaps Porzingis in what could be one of the league’s best duos in a few years. (How well the pick-and-pop Porzingis pairs with Doncic, who wants to survey the floor and not just attack the rim coming off the pick, remains to be seen, but talented players tend to figure things out.)

There are a few things that need to follow to reach that potential. His defense needs to improve. He needs to cut down on turnovers (he had an 11.9 turnover ratio last season according to NBA.com, which is higher than the Mavs want to see, and it held down his assist to turnover ratio to 1.74).

The biggest issue is conditioning. Doncic seemed to plateau at points in his first season in the NBA, having never played that many games before (something not uncommon for American rookies coming out of college). Doncic shot 34.8 percent from three before the All-Star break but 26.4 percent after as his legs were a bit dead. His efficiency dropped across the board as the season wore on. Doncic has been working on his body — he admits he hasn’t med the six-pack challenge yet — and Mark Cuban arranged a personal chef for Doncic so he eats better. Doncic is putting in the work to maximize his gifts.

Doncic may not have the crazy improvement curve of some NBA players coming out of college, but he doesn’t need to — his rookie season did not look like a rookie season. He looked like a veteran and put up All-Star level numbers. Five years from now, when his body is right and he is used to the NBA game — and is still just 25 and entering his prime — we project him to be one of the NBA’s best players. A franchise cornerstone. A guy a title contender can be built around because he can both score and set up others. A guy who lived up to all the hype surrounding him as he came out of Europe. A superstar.
—Kurt Helin 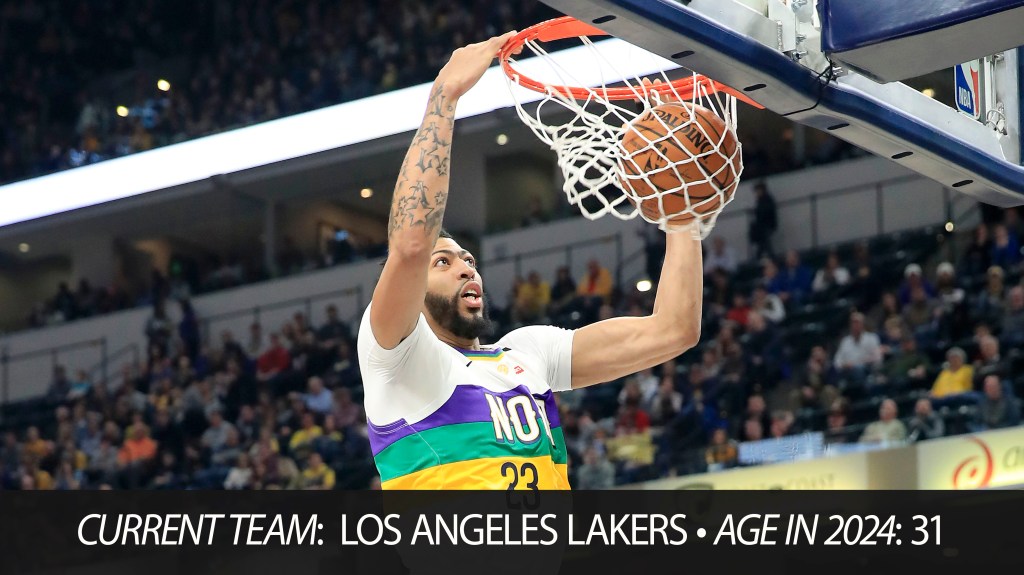 Anthony Davis was on his way to a career year when he requested a trade from the Pelicans. Let that sink in for a moment. Davis – who’d already made three All-NBA first teams – had elevated his game even higher.

But Davis is still an elite player who, at age 26, might be just bursting into his prime.

Davis can do it all. Offensively. Defensively. Inside. Outside. He is the best, most-complete big man in the game today.

If we’re going to nitpick, he’s more of a finisher than a creator. That should work just fine playing with LeBron James on the Lakers. But in the long run, the NBA’s second-best player is usually more capable of manufacturing a bucket when his team needs one.

Maybe Davis is just so good at everything else, he’ll still deserve this lofty ranking without improved individual-scoring ability. I’d bet on him developing that skill, though. His offensive tools certainly make it attainable.

Last season was the first time Davis shined as a passer. He’s clearly still adding to his game.

That ought to terrify the rest of the league.
—Dan Feldman 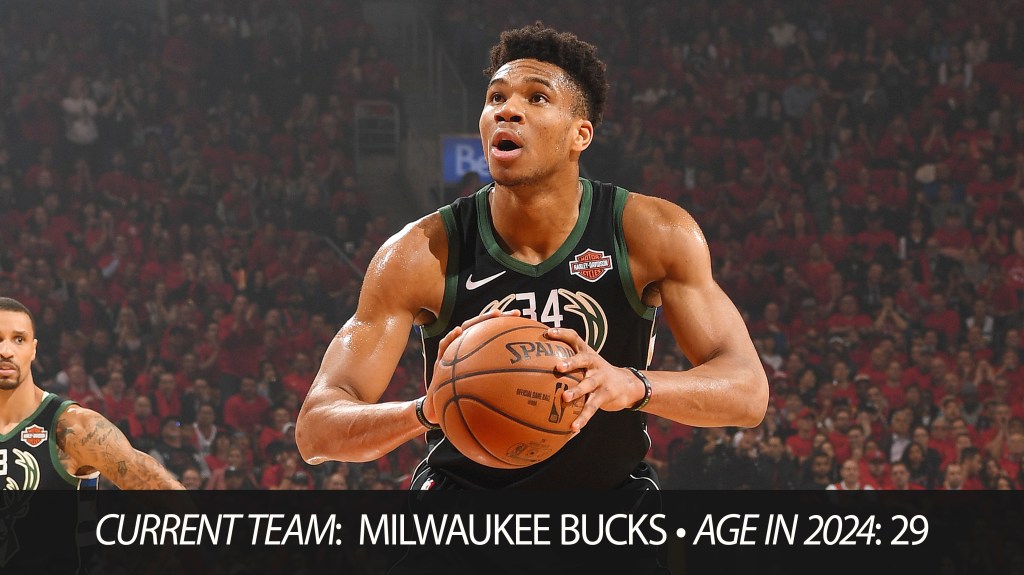 Giannis Antetokounmpo (age 24) just won Most Valuable Player over James Harden (age 30) and Paul George (age 29). Just two other MVPs in NBA history have been so much younger than the second- and third-place finishers.

Antetokounmpo is poised to take over the NBA for a long time.

The Bucks forward is a lethal attacker. He can get to the rim in so many ways – with his long strides in transition, snaking his way through set defenses with his plus ball-handling, bumping opponents in the post. Then, he finishes with craft and power.

He might be even better defensively. Antetokounmpo’s length and mobility allow him to smother opponents on and off the ball.

The Bucks have done so well to build a system around him. They space the floor for him offensively. They match up defensively. Everything is set up for him to thrive.

That’s not to mitigate his dominance. Rather, it’s a huge compliment. Only the very best players justify being catered to this way.

It’s still unknown whether Antetokounmpo will spend his next five years in Milwaukee. As much as the Bucks have done for him lately, it took a while to get going. Every NBA MVP besides Kevin Garnett, who first advanced in his ninth year, won a playoff series in his first five seasons. Antetokounmpo just won his first series in his sixth season.

Milwaukee stalled in the conference finals against the eventual-champion Raptors. Antetokounmpo just didn’t know how to elevate his game at that high level, how to adjust when the opponent locks in on him. He needed the lesson. I’m convinced he’ll be better for it.

We’re only entering the era of Antetokounmpo. An MVP is nice.  Playoff success comes next.
—Dan Feldman