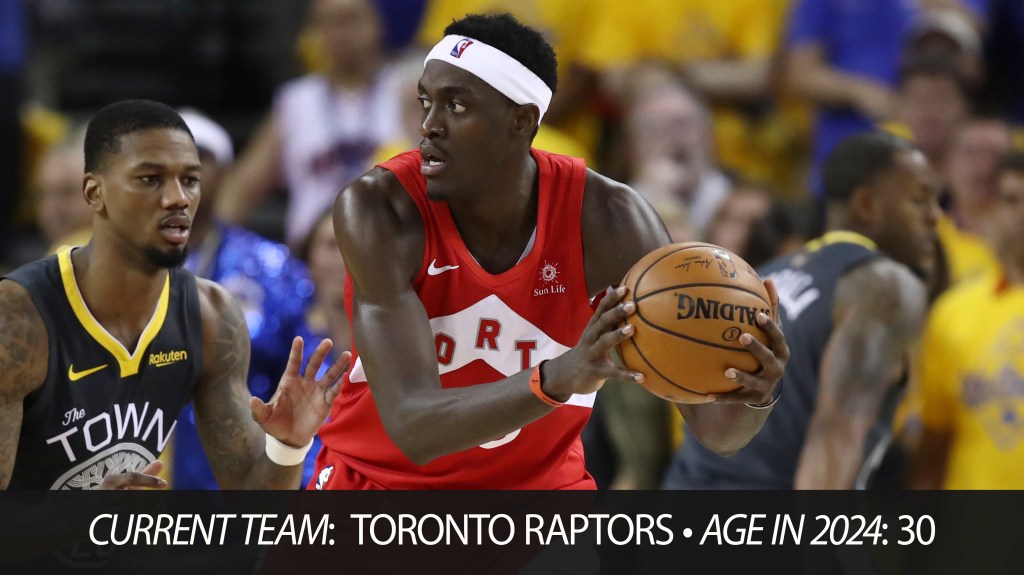 He went from promising young player to critical contributor on both ends for a championship team. He became a guy who could average 21.3 points per game for a month (February). What fueled the change was his jump shot started falling — the season before he shot 22 percent from three, but last season that jumped to 36.9 percent, and with that came more attempts. Coach Nick Nurse believed in Siakam, gave him some freedom and touches, and Siakam responded with a Most Improved Player season.

Siakam will be in his prime the next five years, and the question now becomes just where is his ceiling? He’s a 6’9” elite athlete who is a strong perimeter defender on one end and can create his own shot on the other. There are not a lot of those around. Nurse said that Siakam now has “gotta be the man” for the Raptors, can he be that No. 1 option (Kyle Lowry and Marc Gasol will start this season in Toronto but likely are not there a year from now). Siakam got a lot of wide-open looks at threes last season, with defenses often focused on Kawhi Leonard, but how will he adapt when he is the guy at the top of the opponent’s scouting report? (To be fair, defenses focused on him more and more last season with Leonard sitting out games, but this is a new level.)

The next step for Siakam All-Star and maybe All-NBA level seasons. He’s got that in him, both in terms of raw talent and in terms of the work ethic to reach those goals. In five years, he’s going to be one of the game’s elite wings.
—Kurt Helin 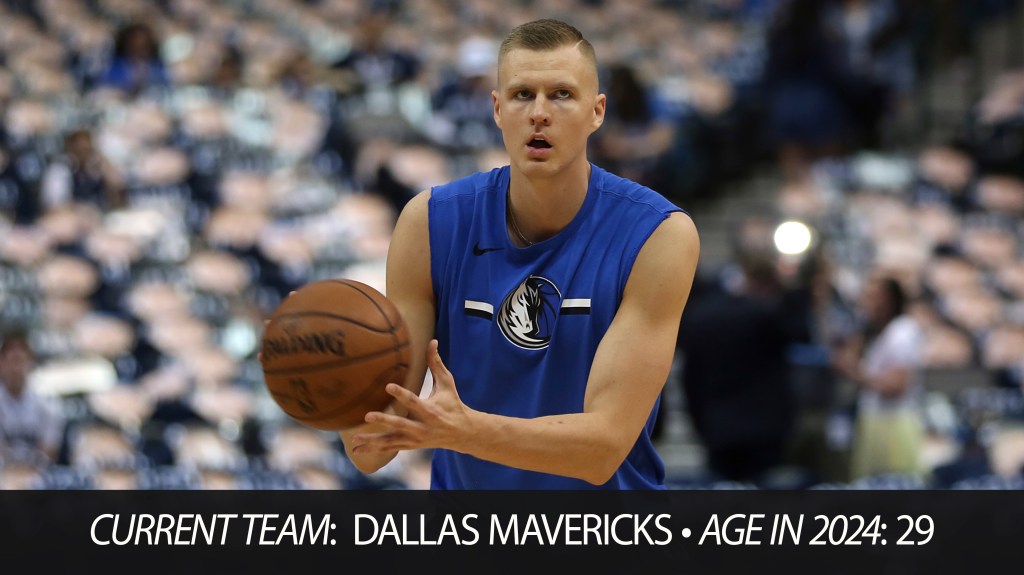 One of the ways we looked at how to evaluate players for this project, projecting out five years ahead, was to ask this question: If you were a GM who could give a player a five-year max contract right now, would you with this guy? And how comfortable would you be with that fifth year?

The Dallas Mavericks answered that question on Kristaps Porzingis with a resounding “we believe” this summer, inking the big man to a five-year, $158 million max extension. They want to pair him and Luka Doncic as the cornerstone of a contending team for years to come (their new Steve Nash and Dirk Nowitzki).

That’s a big bet on Porzingis as he returns from missing an entire season with a torn ACL — there is not a lot of precedent for mobile guys this size coming back from this injury. When healthy Porzingis is a 7’3″ unicorn of a big man who can defend inside, run the floor, and knockdown threes. He averaged 17.8 points and 7.1 rebounds a game over his career with the Knicks, all while shooting 36.1 percent from three. There are no other big men who bring his skill set to the game.

But will we get the same Porzingis going forward? How well will he move coming back from that ACL, and can he stay healthy? Our evaluators think he can get back to form, or close to it at least, and that why he is on the teens in this list. But if he can get all the way back and stay healthy — two big “ifs” — this ranking will be too low.
—Kurt Helin 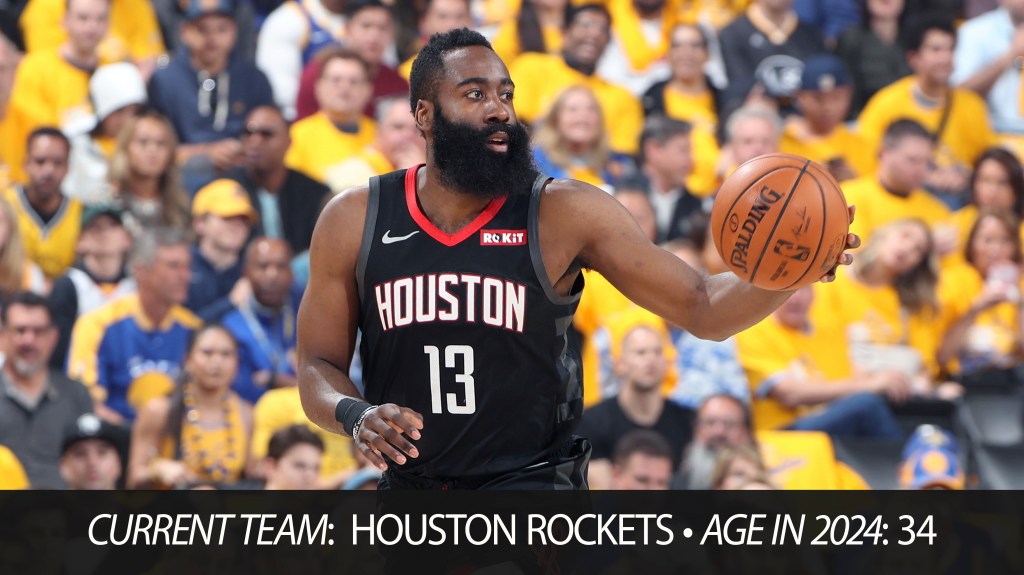 James Harden is the greatest offensive force in the NBA right now. One of the — or, if you ask GM Daryl Morey, THE — most unstoppable offensive force the game has ever seen.

Morey could be right. Harden averaged 36.1 points per game last season, shot 36.8 percent from three, plus dished out 7.5 assists and pulled down 6.6 rebounds a night. His step-back three is the most unguardable shot in the game today. The beard is an unstoppable force right now (unless you take the ball out of his hands to make sure Russell Westbrook is happy, but that’s also a discussion for another day).

The questions for evaluators in this series were, “How good will Harden be at age 34 heading into his age 35 season? How will his game age?”

Probably pretty well, which is why he is still so high on this list (while some of his current elite contemporaries were down farther around 30 on our list). Harden’s game is all about craft, it’s not built on his explosive athleticism or his freakish skills for someone so tall. Harden’s unconventional, hesitation-filled game is more about throwing his defenders off-balance — he has a lot of old-man-at-the-Y in his game. That will still work well as he ages. Harden has logged a lot of miles on his body, and while he’s stayed healthy so far that will be harder and harder to do. Still, there’s no reason to think the perpetual MVP candidate will not still be able to go out in five years, isolate on a defender, and just get a bucket. He’s going to be able to create space and get off his shot. Which is why in five years he’s still going to have a lot of value.
—Kurt Helin 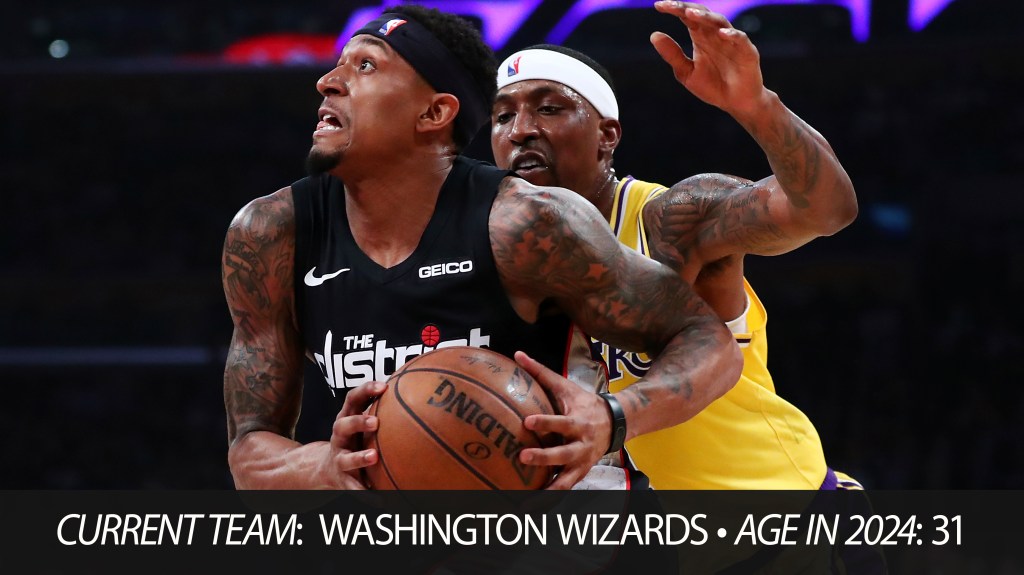 Right now Bradley Beal is standing at one of the crossroads in his career. The two-time All-Star — who averaged 25.6 points, 5 rebounds and 5.5 assists a game last season — has heard his name come up in trade rumors, but on the other hand the Wizards have put a three-year, $111 million max contract extension on the table in front of him, trying to lock him up.

What does Beal want to do? He has yet to take the safe route and sign the extension, but it sits there on the table if he wants it. He could say he’s not signing any extension with the franchise, essentially forcing a trade. Or — and this may be the most logical option — he can just wait, sign a four-year, $154 million extension next summer, and if he makes the All-NBA team (he was seventh in guard voting last season but there are only six All-NBA guard spots), Beal can get a $250+ million max extension from the Wizards.

Whatever he chooses, wherever he is playing, Beal is going to be one of the top shooting guards in the game the next five years as he is just entering his prime (he will be 31 in 2024). Beal has made more threes in his career than any other player through their age 25 season (Beal has 1,071, Klay Thompson is second at 1,060, then Stephen Curry is third with 905). Beal can shoot the three (35.1 percent last season), put the ball on the floor and drive, moves well off the ball (he ran more total miles last season during games — 222.7 total, or 2.75 per game — than any player in the league), and is an active and willing defender.

With John Wall out likely for the entire coming season in Washington, the Wizards become Beal’s team. He is option No. 1 on offense, the guy who gets to have the ball in his hands when he wants it. Beal is going to get to eat all he wants on offense next season for the Wizards. Providing he still wants to be in Washington.
—Kurt Helin 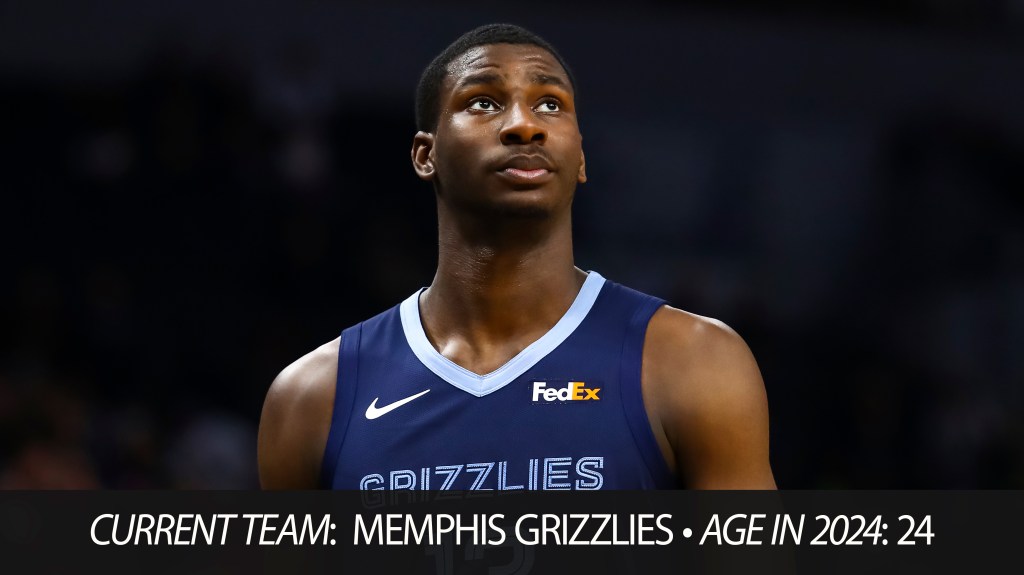 This kid has Chris Bosh written all over him — and he can be even better. It feels odd to call him “kid” when his game screams wily veteran. Jackson Jr., is still just 19 years old, but he already can stretch the floor and block shots like a seasoned big.

There’s a reason why Kevin Garnett is one of his top statistical comps, but I like the Bosh parallel because of how he came into the league in a similar vein. Drafted No. 4 overall in a stacked draft with Luka Doncic, Trae Young, Deandre Ayton and Marvin Bagley, it’s easy to overlook Jackson Jr.’s production, especially playing in a small market like Memphis.

But Jackson’s game is tailor made for the pace-and-space era. He made 51 triples last season and converted 35.9 percent of his tries beyond the arc, making him one of the sweetest shooting bigs in the league already. He has a guard-like handle and moves fluidly on the block. On the other end, he has a great nose for creating turnovers, but there’s plenty of room to grow as a rim protector. If he can iron out his focus and court awareness on the defensive side, he can be a perennial All-Star like Bosh.

With Ja Morant in town, this could be the most promising tandem in the NBA. Jackson Jr., is so young that he still wouldn’t be in his 30s if we looked 10 years down the line instead of five. Get on board now.
—Tom Haberstroh