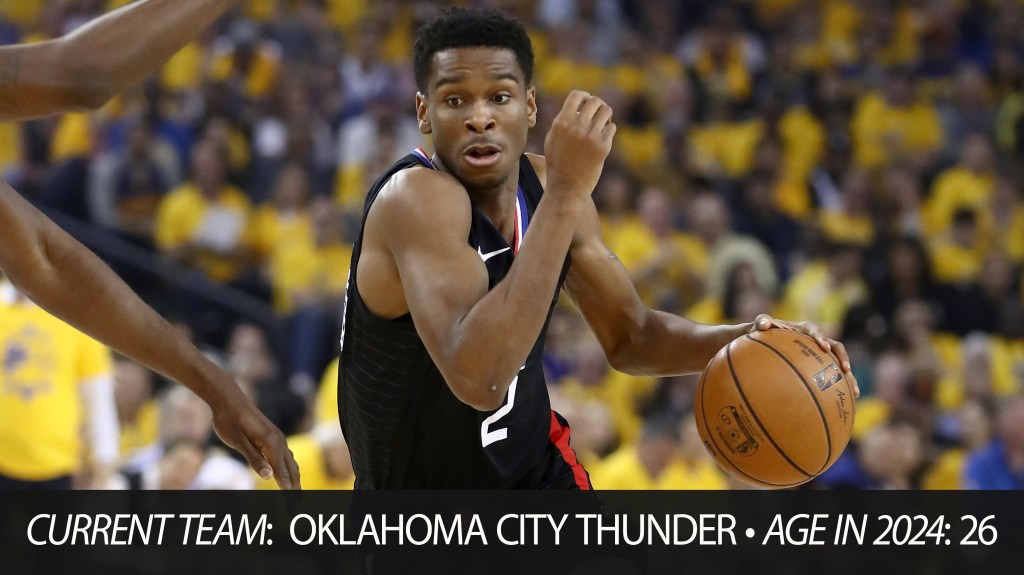 Shai Gilgeous-Alexander landed in an almost perfect spot as a rookie — playing for a smart, player-friendly coach in Doc Rivers, who built up his point guard’s confidence, showed him how to be professional, and how to prepare. Gilgeous-Alexander started 73 games for a 48-win playoff team, averaging 10.8 points and 3.3 assists per game — as a rookie. His potential shone through as the season wore on, and in the playoffs Rivers trusted him to be matched up on Stephen Curry.

All of that is why Oklahoma City demanded Gilgeous-Alexander in the Paul George trade (the Clippers didn’t want to give him up, but had no real choice).

How Gilgeous-Alexander will develop from here on out will be interesting to watch. His role is changing, and the playing environment and coaching style is changing. He’s not going to be Russell Westbrook — nobody is, plus they have very different games. Gilgeous-Alexander is more traditional point guard, more game manager, not an explosive isolation specialist who gets buckets.

As OKC drafts more and more young players over the course of the coming years, as they rebuild, Gilgeous-Alexander will be asked to be more of a leader, to pass along the lessons she learned to the young players that put on the Thunder blue. He’s got the maturity and game to handle it. Thunder fans are going to love him.
—Kurt Helin 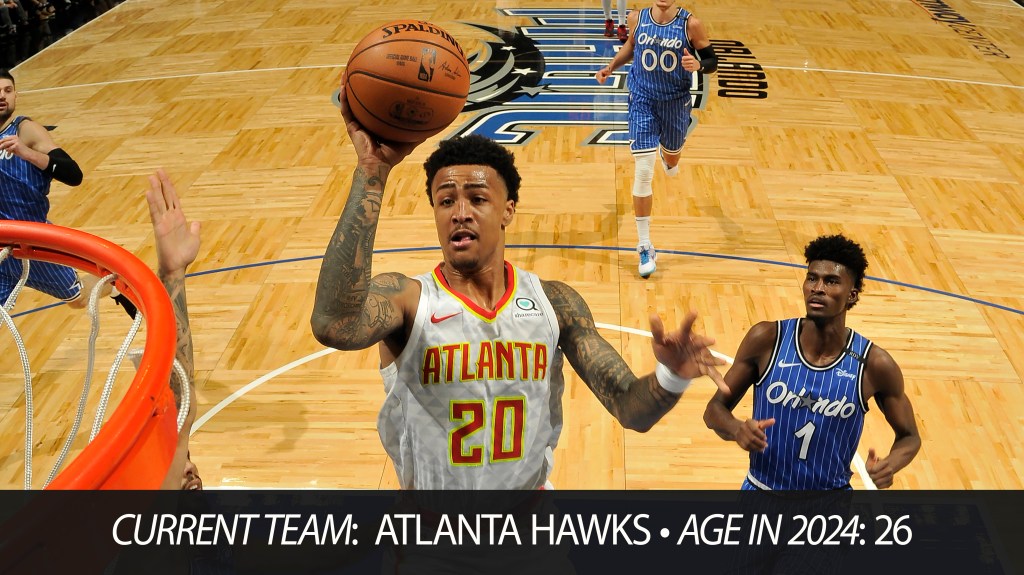 Collins is ranked in front of LeBron James, Kevin Durant, Stephen Curry, and can topple just about anything or anyone. (I’ll count it.) Don’t let the pogo-stick bounce obscure the burgeoning skill-set that Collins boasts already.

In his final game of the season, Collins scored 20 points, pulled down 25 boards, tallied six assists and hit a corner three for good measure. You know the last four players that have registered at least 20 points, 25 rebounds and six assists in a single game like Collins did? Fellow Demon Deacon Tim Duncan, Kevin Garnett, Shaquille O’Neal and Charles Barkley. Not bad company.

I made the declaration earlier this summer that Collins and Trae Young could be this generation’s Amar’e Stoudemire and Steve Nash. I stand by that. Collins may not be as strong and polished offensively as Stoudemire, but they play with the same force around the basket. Every time Collins dunks, you wonder what the basket ever did to him to deserve that assault.

Collins is still a work in progress on the defensive end. Stoudemire never really figured it out — hear ex-Sun staffer Amin Elhassan explain why at the 59:45 mark on a recent Habershow! — but Collins is still 21 years old with the physical tools to get there. If he wants to jump even higher on this list, that’s the place to start. Even still, John the Baptist is a nightly 20-and-10 threat and to me, will be an All-Star in 2019-20 — and not just relegated to the dunk contest.
—Tom Haberstroh 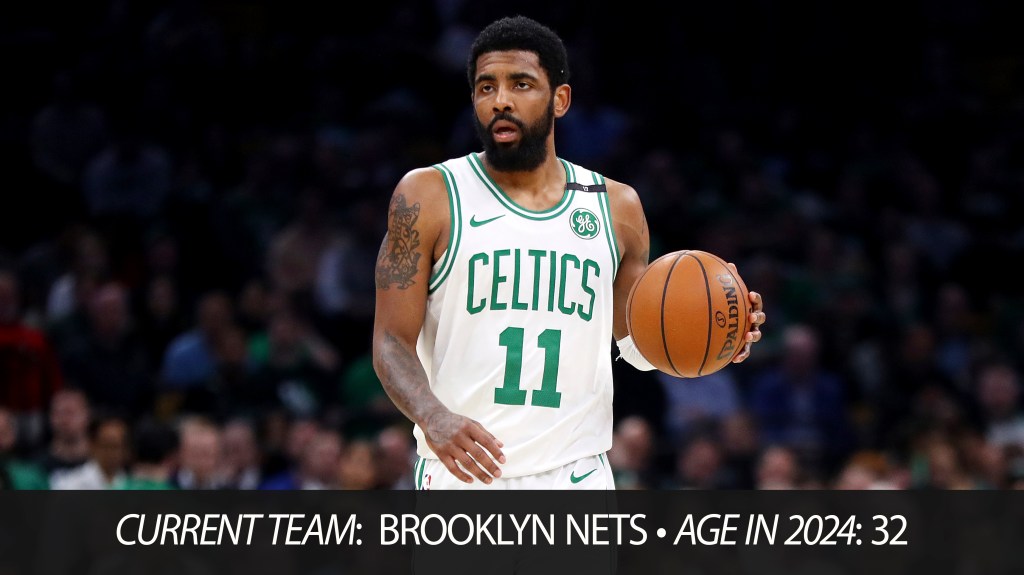 Kyrie Irving wanted out of the shadow of LeBron James in Cleveland and found in Boston that being the guy in the center of the spotlight — the guy expected to lead both on and off the court — was not so easy. How ugly it got this past season in Boston will leave a scar on Irving’s Hall of Fame resume.

None of that changes the fact he is an elite point guard in his prime at age 27. Brooklyn is getting a guy with some of the best handles in the league, a career 39 percent shooter from three, and a guy who has stepped up on the biggest of stages and had monster playoff games (he has a dozen 30+ point playoff games, and a ring). In five years, at age 32, Irving will be past his prime, but those skills will not have faded so much as to drop him out of the top 25 in the league.

Brooklyn will help shape Irving’s legacy — he goes to a playoff team with a strong established culture through coach Kenny Atkinson, an organization with good young players already seen on this list in Jarrett Allen and Caris LeVert. In a year, once healthy, Kevin Durant will join them and form a squad that should be a title contender in the East. The questions abound: How does Irving fit in? How does his game evolve? His leadership skills?

In 15 years or so when he enters the Hall of Fame and we think about Irving, we will think of the Game 7 title-winner for Cleveland, and from there his career went… where? There is a lot still to be determined about Irving’s legacy, but in five years we know he’s still going to be a quality point guard who is a dangerous shooter from deep and can win a team a lot of games.
—Kurt Helin 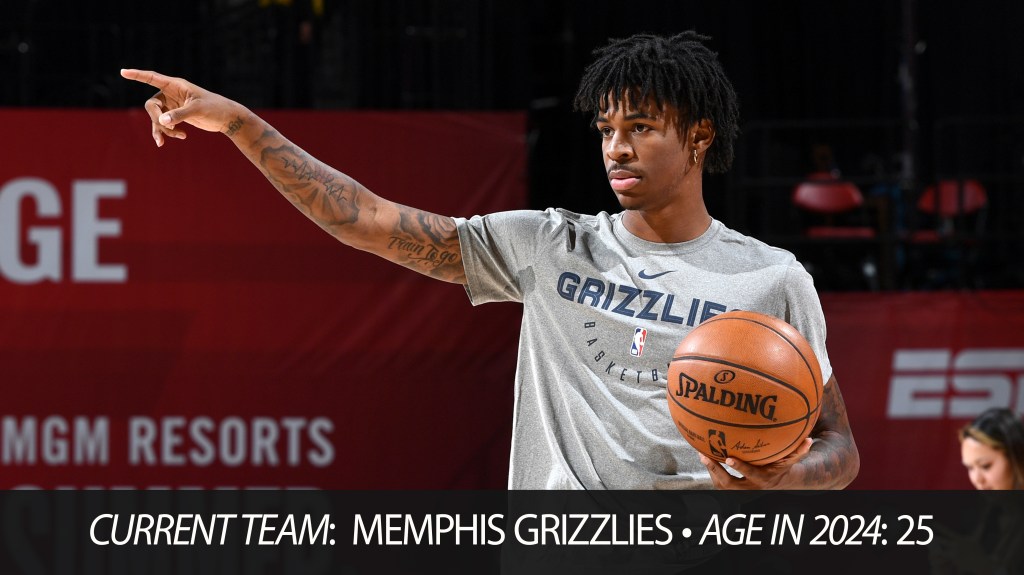 Ja Morant has the potential to be a special point guard in the NBA, but it is not simply because of his off-the-charts athletic ability. To be clear, that helps. Russell Westbrook, John Wall, healthy Derrick Rose. Those guys are the elite of the elite athletically – like Morant – and they are the players that have helped usher in a new era of point guard play at the NBA level.

Now, Morant is not quite as developed physically as those three are. The best comparison in that sense is probably De'Aaron Fox, another spindly guard with sprinter’s speed and a jump shot that needs fine-tuning. He may not be there yet, but you will see him later on this list. We like him. The difference between Morant and Fox is passing ability. Morant has yet to play an NBA game, but I firmly believe he is going to be among the ten best players in the entire NBA when it comes to court vision, passing and the ability to make plays and create shots for teammates out of ball-screens. He’s a different player, a different caliber athlete and a much different shooter than Trae Young, but when it comes to their ability to read the floor and make every pass they need to be able to make, Morant is on the same level entering the league as Young.

He has a chance, in the next 5-10 years, to assert himself as the best point guard in the NBA. That’s what his ceiling is.
—Rob Dauster 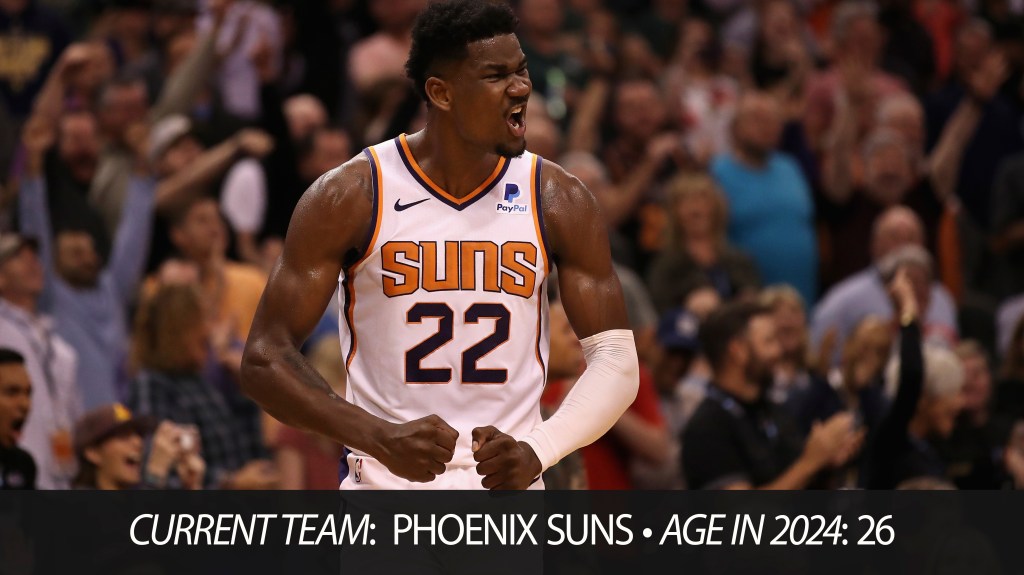 Ayton’s impressive numbers as a rookie — 16.3 points and 10.3 rebounds per game, shooting 58.5 percent — would win Rookie of the Year a lot of seasons. (Last season was a special rookie class, however, and Ayton finished third in the voting, making All-Rookie first team.) As a rookie Ayton showed impressive footwork in and around the basket, he’s a good cutter off the ball, makes smart and quick decisions (those decisions can improve, but for a rookie he did well), and decent passing skills. Considering he did this on a Suns team without a quality point guard to consistently feed him the rock is even more impressive (Ricky Rubio, who spent the last handful of years throwing lobs to Rudy Gobert, takes over at the point in Phoenix and that will help Ayton get the ball in positions he can do damage.)

Ayton is going to be an offensive force in five years, at age 26, especially if he adds some range to his shot and the Suns let him explore other aspects of his game. However, how high he ultimately should be on this list will depend on a couple of other things. The big one is his defense — he struggled on this end as a rookie, with his recognition and as a rim protector. Ayton needs to become a defensive anchor for the Suns. The way the NBA is evolving, an offense-only big man who is not a good rim protector has a limited role (think Enes Kanter). Ayton is young — in five years will be just 26 — and after the All-Star break he showed signs of improvement on that end. Ayton has time to become a better defender, but that needs to be the priority. Last season, then Suns’ coach Igor Kokoskov threw Ayton out to guard guys like LeBron James and Giannis Antetokounmpo, which speaks to Ayton’s athleticism and showed some of the potential he must tap into. It’s a start. For the Suns to reach their potential with the Ayton/Booker duo, Ayton must be a force on both ends.

The other question: How does Ayton evolve in a league where there are fewer traditional NBA centers and bigs are prized more for their skills and shooting than ability to back someone down in the post or just catch lobs. Ayton has the tools to be more than what we saw from him. As a rookie, 51 percent of Ayton’s shots came at the rim and 77 percent in the paint — and he made those efficiently. On the baseline just outside the key he can hit, too. Almost 90 percent of his shots come off zero or one-dribble — he’s making quick decisions, catching and finishing, something likely not to change with Rubio getting him the ball.

But ultimately Ayton has to be a threat to do more on offense to really grow his game. To be an offensive force as a true center in this league a player’s game has to look more like Joel Embiid (or a healthy DeMarcus Cousins). Ayton has the athleticism and potential to get there. Will he put in the work and reach that potential is the question — and the answer will determine just how far the Booker/Ayton pairing will go.
—Kurt Helin