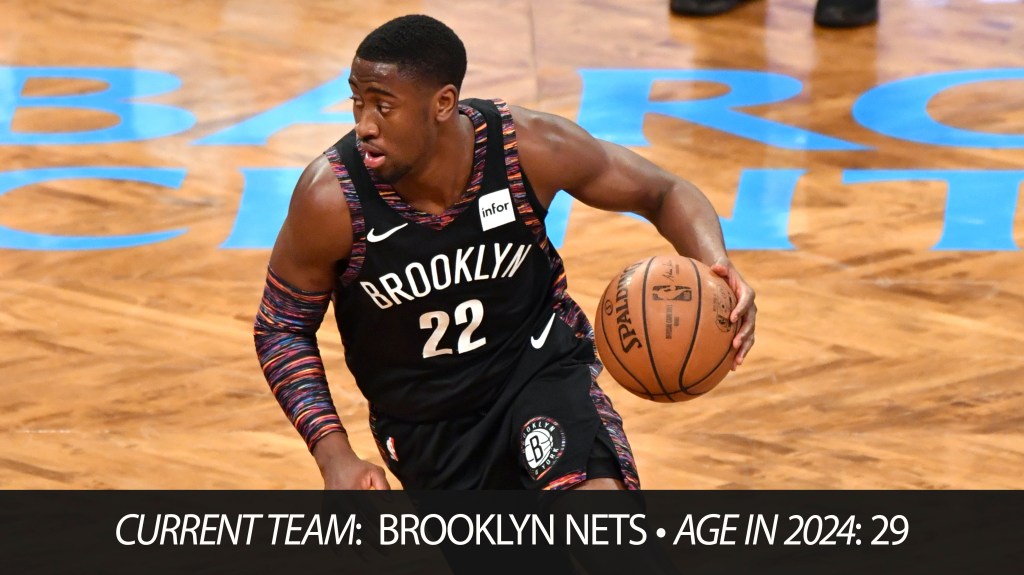 Caris LeVert was an unheralded recruit who originally signed with Ohio of the Mid-American Conference. The last first-round pick from the MAC? Chris Kaman in 2003. Only after Ohio’s coach left, LeVert instead went to Michigan. He arrived in Ann Arbor at 6-foot-5, 165 pounds. A redshirt appeared obvious.

But LeVert forced his way into the lineup as a freshman. As a sophomore, he developed into an All-Big Ten second-teamer.

At one point during that season, Brian Cook of MGoBlog brought up a shortcoming: LeVert wasn’t attacking the rim and drawing fouls enough.

“But, like, wait a week and he’ll be better,” Cook quipped.

It barely registered as a joke. LeVert was improving that rapidly.

Unfortunately for LeVert, his career has since been dominated by significant injuries. The latest was a dislocated foot early last season. Before that, LeVert was generating plenty of Most Improved Player buzz.

LeVert is a skilled wing. He can shoot, handle and pass. It’s the package, coupled with his fluidity and 6-foot-7 size, that can lead to stardom (though maybe only low-end stardom, because LeVert isn’t particularly explosive).

But LeVert must fill out his still-thin frame and avoid injuries. That’d also help his defense, which isn’t as stout as his length suggests it could be.

LeVert has the work ethic. he has a good developmental infrastructure around him with the Nets. He just must stay healthy long enough to put everything together.
—Dan Feldman 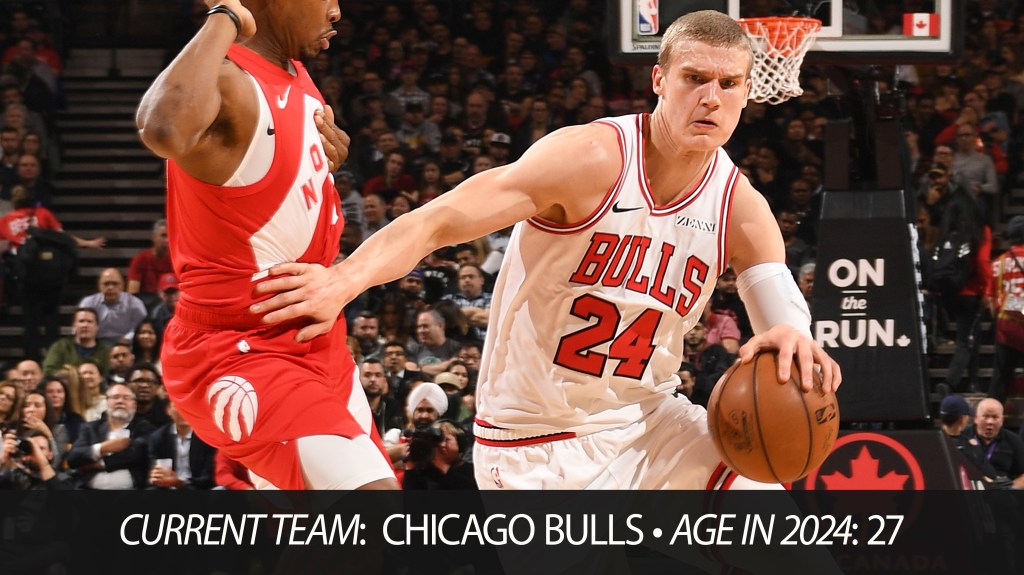 There are stretches of games when Lauri Markkanen’s play makes this ranking look too low. For example, last February he averaged 26 points and 12.2 rebounds a game, getting buckets inside and knocking down a couple of threes a game. For a month, Markkanen looked like the future All-Star and cornerstone of the Bulls the Chicago front office believes he will be.

The question is, can he reach that ceiling consistently? He’s only 22, but he has yet to come anywhere near that. In Markkanen’s final 10 games of last season — before he was shut down due to extreme fatigue and a bout of a rapid heart rate — he averaged 15.5 points per game on 40.1 percent shooting overall, 30 percent from three, and 7.7 boards a game. He was pretty average. Markkanen also has missed 27 percent of the Bulls games in his two seasons due to injuries (to be fair, those were fluke things, like his sprained elbow, not chronic things that would lead one to think of him as injury prone).

Markkanen is capable of more. If Markkanen can become a more consistent offensive force and better on the defensive end — he’s not a bad defender, he’s okay, but with his length and athleticism he should be a better rim protector — he can take over the role as the alpha on the Bulls. They need him to. Zach LaVine can go get buckets, but he is not a No. 1 option guy. Markkanen can be. Markkanen has the potential be an All-Star level player and the franchise cornerstone the Bulls need him to be. The question remains, can he reach that level and stay there?
—Kurt Helin 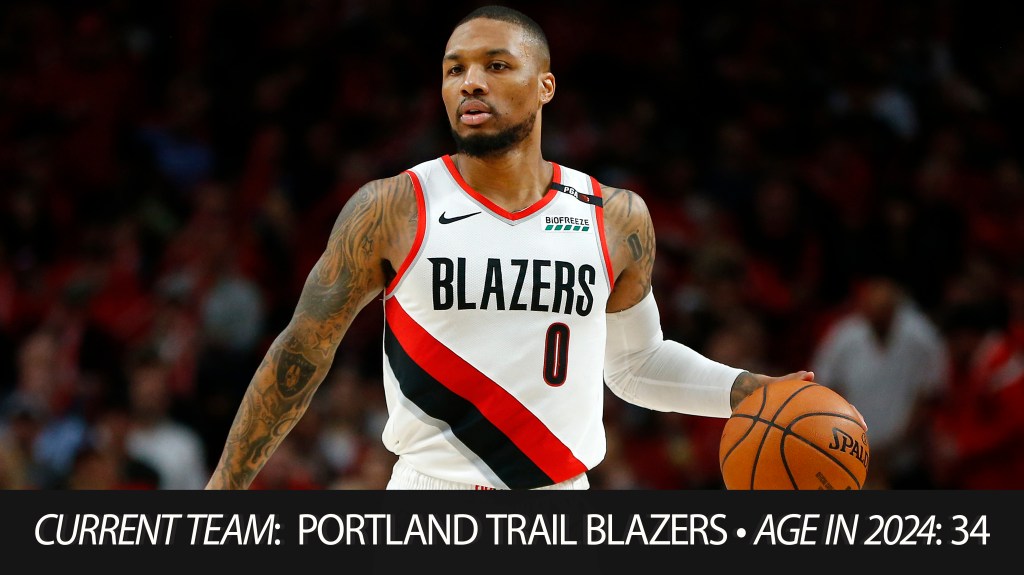 It’s been assumed that by the end of his most recent contract that Damian Lillard won’t be the player the Portland Trail Blazers need any longer. He’s already 30 years old, and the common refrain has been that point guards at or near six feet tall don’t age gracefully.

But like anything else, we must take both historical examples and understanding that we are in a new era of NBA basketball into consideration. This era is one where guys like Lillard are pioneering a 3-point shot that has stretched the limits of spacing on an NBA floor. Because of that, it’s entirely possible that Lillard ends up being more like late stage Jason Kidd then late-stage Chris Paul.

Kidd was 6-foot-4 and could play across multiple positions, but there’s a new geometry in the NBA that should aide Lillard. The dimensions of an NBA floor are being pushed to their limits as shooters get farther and farther away from the basket. As players adapt to this, passing lanes and scoring opportunities will continue to change.

With that in mind, Lillard might not be headed for a “Most Overpaid” listicle in five years the way some have assumed. Instead, Lillard could just as easily transition into a 3-point shooting, high-arc-passing veteran who annoys opponents to no end. Hell, he’s already shown he can take a step forward on defense without relying on his athleticism this postseason.

Superstar shifts are more likely to be unfortunate than successful. But Lillard is one of the most iron-willed players in the league, and he’s secure in both who he is and the cash he’s got in his pocket. If the need comes for him to find a new niche after a lost step or two, count on him to make it.
—Dane Delgado 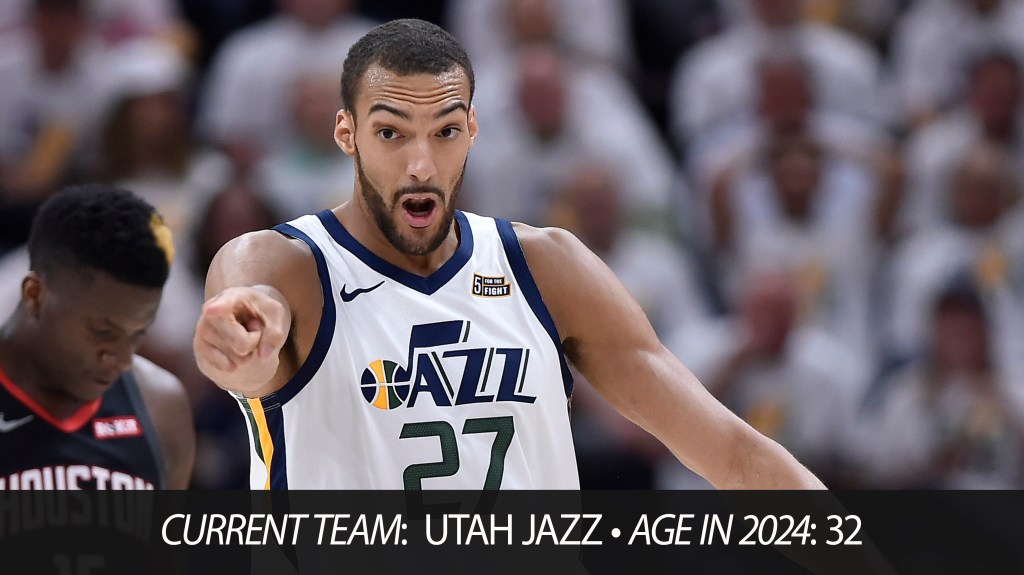 Sure, he has won the last two Defensive Player of the Year awards. But that gets him attention only at the end of the season, when people consider that award. In the midst of the action, Gobert has never even been an All-Star. By the time the playoffs start, his defense is again overlooked until the next year.

Gobert is also good offensively. Though limited on that end, he knows his strengths and plays to them. He’s an excellent finisher, screener and offensive rebounder. Importantly, he doesn’t try to do too much. That’s so underappreciated.

Of course, none of this means Gobert will belong so high on this list at age 32. He’ll likely be past his peak in 2024.

But Gobert’s present-day production is higher than most realize. That gives him room to decline and remain quite good.

At 32, Gobert has a much better chance of remaining a quality center.
—Dan Feldman 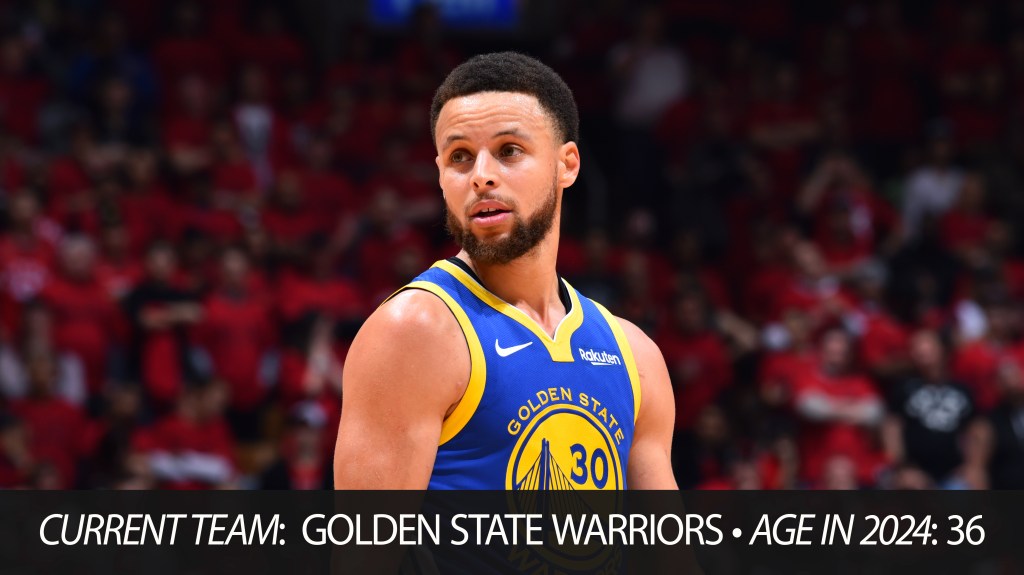 Did I miss something? I feel like the best shooter ever deserves a higher spot on this list. If you don’t think his superhuman ability to score from far away places won’t age well, consider the careers of Reggie Miller and Ray Allen, the only two players who have made more 3-pointers than Curry has in this league. Miller was starting playoff games at age 39. Allen was starting Finals games at age 38. Oh, and Steve Nash was an All-Star two weeks after his 38th birthday.

OK, the ankles. Yes, the ankles. There’s reason to worry that Curry’s wheels will deflate faster than the average NBA player, but even if Curry moves off the ball and becomes more of a spot-up shooter, I still think he’d stretch defenses to near half court. We’ve never seen a player like Curry who can launch from just about anywhere with the ball in his hands. But even if he can’t terrorize defenses with his lightning-quick handles and crab-like lateral movement, he’ll still impact the game at a high level simply by standing there beyond the arc. Just ask Miller, Allen and Nash about how that gravitational pull ages.
—Tom Haberstroh