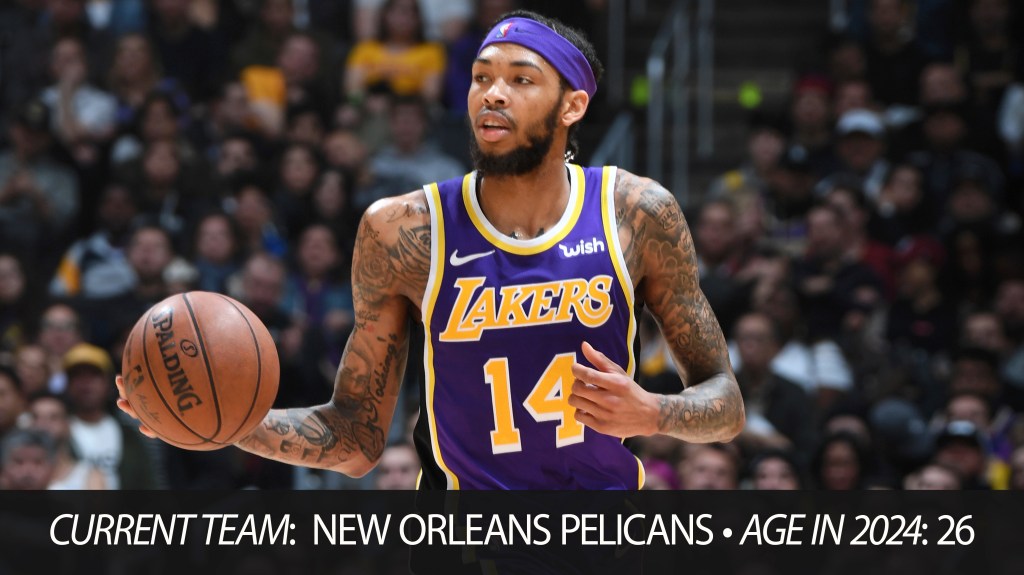 Brandon Ingram is about to embark on a season that will tell us a lot about his future, about where he and his game will be when he turns 26.

Ingram — all skinny arms and legs, with potential he is trying to figure out — has been the poster child for the phrase “development is not linear.” There are stretches of games he looks like what the Lakers hoped to get in their No. 2 pick, a top-two scoring option for an NBA team. Then there are times you forget he is even on the court. His role kept shifting in Los Angeles — from being the first scoring option to trying to play next to LeBron James (something a lot of players have struggled with over the years) — making it especially hard to figure out who Ingram is, exactly. Maybe a fresh start in New Orleans will help Ingram find his game.

Let’s hope Ingram is healthy and on the court in 2024 — he missed the end of last season with Deep Vein Thrombosis (more commonly called blood clots). If it’s recurring it can end his career (as it did with Chris Bosh among others). Ingram had surgery and the prognosis has been favorable, he’s expected to be able to continue in the NBA, but a lot of teams (the Pelicans included) will want to wait and see what happens this season before offering a long-term contract (Ingram is a restricted free agent next summer).

Those teams also will want to see how Ingram reacts to his new home and team. Will it be another year of a slow start with Ingram coming on in the second half? Last season his second-half surge started when he began to show much better decision making about when to try to finish at the rim vs. when to kick out and find teammates. On a new team, one that wants to get out and run, will that improved decision making — as well as finishing at the rim — continue?

Consistency of doing these things well has been the issue in Ingram’s career. He needs to be more consistent shooting the three, on the boards, and defensively. He’s got the potential to do all of that very well, but it just hasn’t consistently come together for him yet. If he gets it all together this ranking will be too low, but our panel was not convinced he will find that consistency. He hasn’t done it so far.
—Kurt Helin 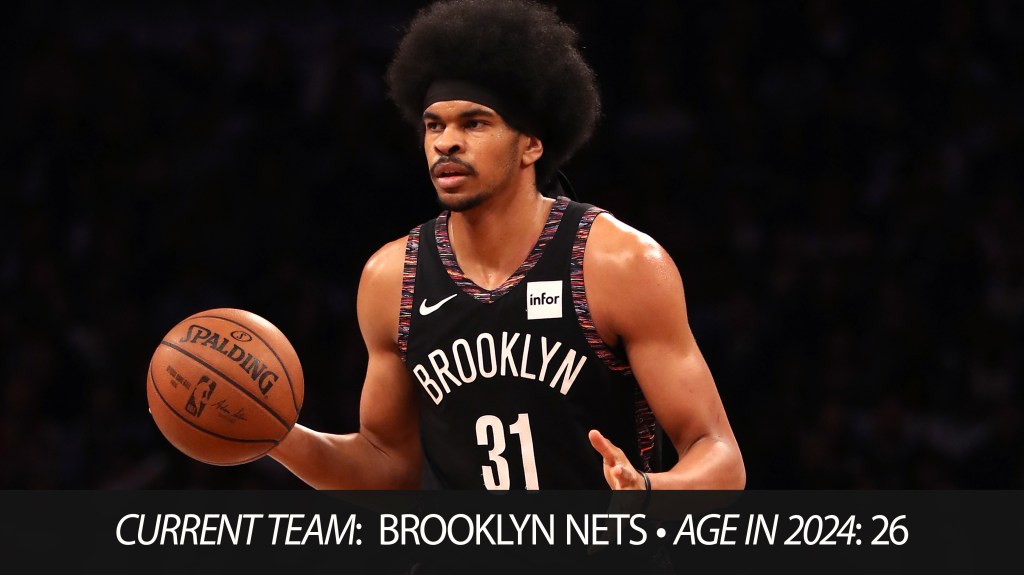 Jarrett Allen is old school — and we’re not just talking the Afro (although that is sweet). It’s his game and persona. Allen is a center who wants to play in the paint on offense and hang back and protect the rim on defense, plus he will crash the glass. He’s not trying to step out to the arc, or get the ball and face-up, instead he’s going to set picks and roll, catch and score around the rim, grab boards, and on defense try to shut down anyone who is looking to attack. Allen also comes with old-school competitiveness and work ethic. He’s a quiet leader and an old soul. A throwback in the best of ways.

All of that has made Allan one of the anchors for the Nets, part of what lifted Brooklyn to the playoffs last season. Allen, in two seasons, became part of the Nets’ foundation that attracted Kyrie Irving and Kevin Durant.

Just how good can Allen ultimately be?

Very good if you ask anyone with the Nets. Former teammate Ed Davis thought Allen could become a $100 million player. Allen’s game and athleticism put his ceiling incredibly high.

To reach that ceiling, he has to become more physical and maybe stretch out his ability to score a little. One of the biggest knocks on Allen is he gets outmuscled inside, which in a conference with Joel Embiid (who is not going anywhere in the next five years) and even Brook Lopez, can be an issue. Allen looked stronger at Summer League, but that’s Summer League. He has to show it against the men of the NBA. Also, Allen took 68 percent of his shots in the restricted area and 90 percent in the paint last season, and while he is efficient at those if he can stretch it out it would be a boost.

Does Brooklyn believe in Allen? They just gave DeAndre Jordan a four-year, $40 million contract. While a lot of that is political (Jordan is one of Durant’s best friends), it’s a shot across the bow of Allen, who is going to have to prove he deserves to be the starter and the guy getting big minutes. Allen will do that, how soon is the question. This season? In a few? When he can prove it and get close to his ceiling will determine if Allen can get all that money Ed Davis thinks he should get paid.
—Kurt Helin 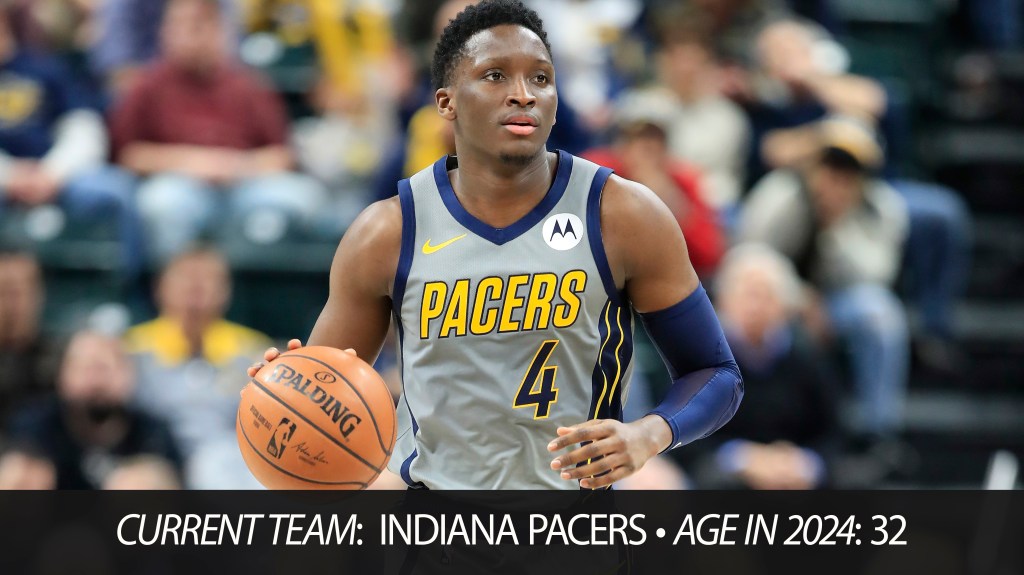 Victor Oladipo – who was widely dismissed as insufficient return for Paul George – flourished early in the 2017-18 season. It was certainly enough to force reconsideration of the Pacers-Thunder deal. But it was still a small sample, not enough to conclude Oladipo had actually become a star and wasn’t on just a blip of a hot streak.

“I think this is who I am,” Oladipo said.

He spent the rest of the season proving it. Oladipo became an All-Star and ran away with Most Improved Player.

He’ll have to prove himself again. This time, he’ll get far more benefit of the doubt.

Oladipo has played like a star just a season and a half. He’s missed half of last season with a quad injury that could cause him to miss a significant chunk of next season, too. There’s no guarantee he reverts to peak form, let alone remains this good at age 32.

But Oladipo’s competitiveness, work ethic and tenacity are inspiring. Of the NBA’s go-to-scorer guards, none defend like him. He developed primary skills like shooting and ball-handling without losing his edge. Oladipo is easy to support, and he’ll have plenty of backers in this next stage of his career.
—Dan Feldman 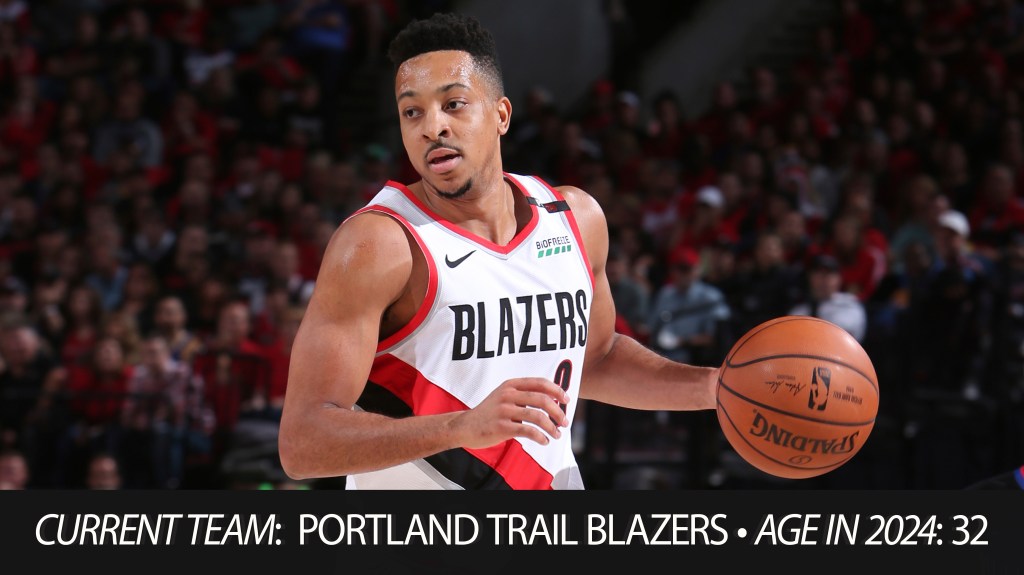 CJ McCollum assuaged a lot of the fears Portland Trail Blazers fans had about him this postseason. When teams keyed off on Damian Lillard, McCollum was there to pick up the slack, continuing to pressure opposing defenses until they relented in defeat. The year culminated for McCollum during his Game 7 performance against the Denver Nuggets. He scored 37 points, sealing the game with a step-back jumper from the left elbow with 11.4 seconds left that was very Michael Jordan-esque.

McCollum just signed a new contract with the Trail Blazers that will keep him in Portland through 2023-24. At age 27, it seems likely McCollum will continue to get better on defense. We have already seen improvement this very postseason by running mate Lillard, who was one of the more effective point guard defenders.

Five years from now, Lillard and McCollum might not be paired up together. But the NBA is a place where not every star guard who can score 20 a night deserves his own team. That’s how you end up with a league of Devin Bookers.

McCollum is a worker, and more importantly, has a mentality that he is a top dog. Lillard or not, McCollum will try to get the rest of the league to recognize his undeniability, and the only way to do that is to get better on D. I’d expect big changes in the next 24 months.
—Dane Delgado 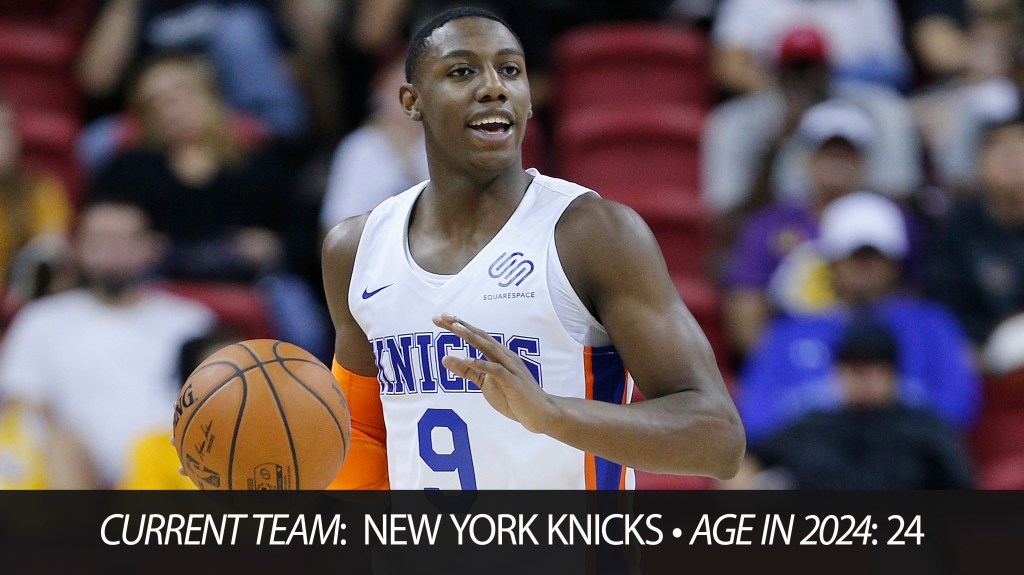 I’ll add this: I also understand why there are people who question what RJ’s fit will be at the NBA level. There are legitimate concerns about his jumper. He’s left-hand dominant. He has not proven to be a lock-down defender. He’s ball-dominant, and he might not be good enough to play on the ball in the NBA. But after talking with people around the Duke program and that know RJ, I think that it is worth noting that he’s wired the way that Kawhi Leonard is and Kobe Bryant was. He’s uber-competitive. He has that alpha in him. And, most importantly, he is a worker. He may not end up having the potential to be a superstar in the NBA, but I do think he is the kind of person that is going to find a way to maximize every skill and physical tool he has. Put another way, I’m betting on RJ hitting his ceiling because I’m betting on that human being finding a way to figure it out.
—Rob Dauster