As a fun summer project, the NBA team at NBCSports.com put our heads together, pulled out our crystal balls, and tried to project forward who would be the 50 best players in the NBA in five years — in the summer of 2024. We took into account a player’s age, his potential ceiling and how likely he is to reach it, injury history, and more. The team working on this included Dan Feldman, Tom Haberstroh, Rob Dauster, Tommy Beer, Steve Alexander, and Kurt Helin (and thanks to Tess Quinlan for the design help). We will be rolling out five players every weekday through Aug. 30, counting down to No. 1. 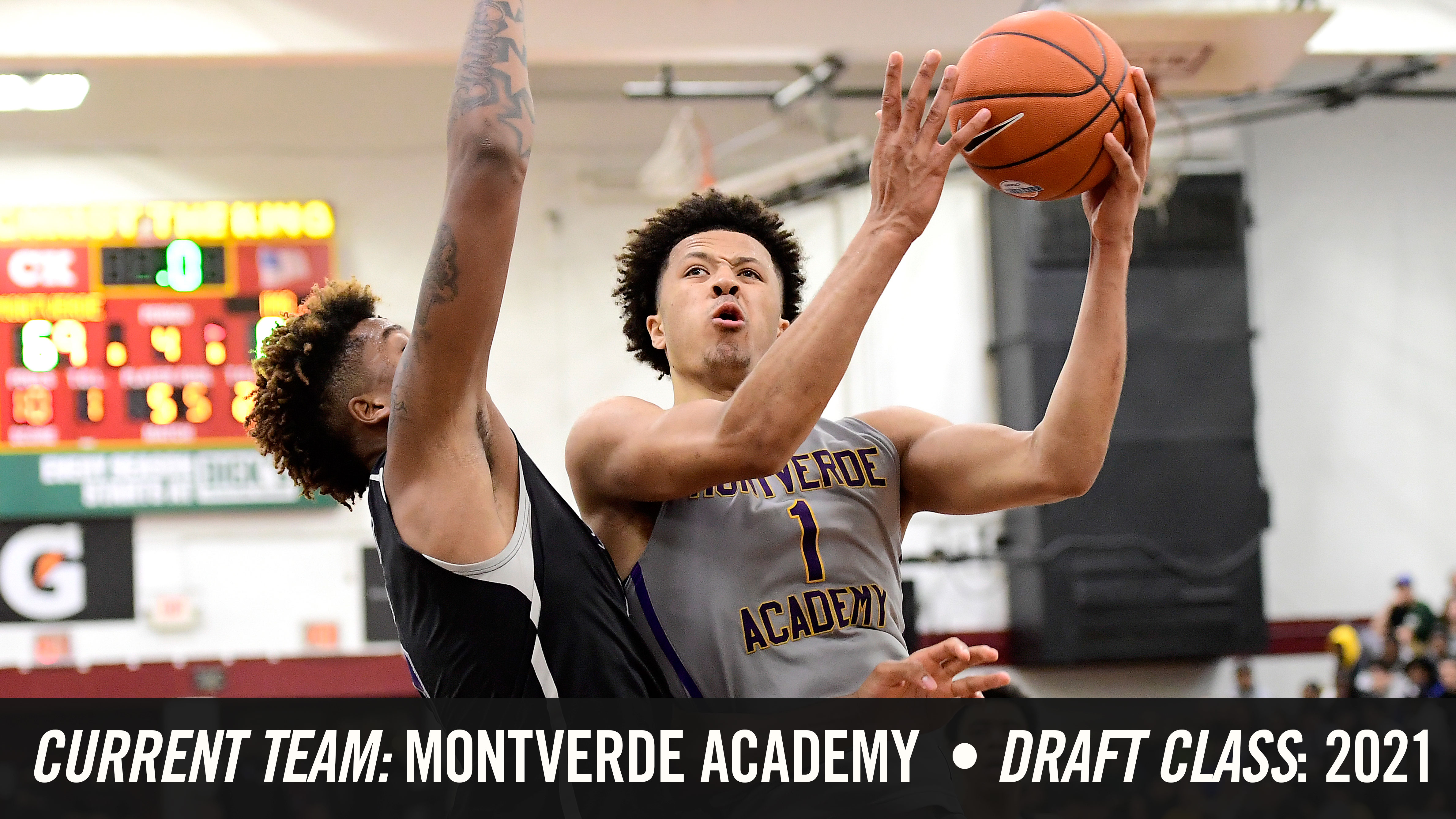 Cunningham is tailor-made for modern basketball. He’s 6-foot-7 and 220 pounds as a high school senior. He’s a tough, physical and athletic wing that was already considered a top 25 player in his class, but two years ago he decided to make the transition to playing the point full time. It’s worked. He has shined through high school and on the EYBL circuit. He was the best player at the summer’s U19 World Cup despite playing two years above his age group. As his jumper continues to improve, he is going to find himself in a position where he can play on the ball or off of it while being a guy that can defend up or down.

Put another way, he’s versatile and multi-positional on both ends of the court. I think he will end up being the first player that we project as being the ‘Next Luka Doncic,’ and while asking him to be the Rookie of the Year as a 19 year old is a tough ask, keep in mind that, as of today, Cunningham projects as the first pick in the 2021 draft. He’s the perfect combination of being a high-floor prospect because of how well he fits at the highest level combined with having the talent to potentially be an all-star one day.
—Rob Dauster 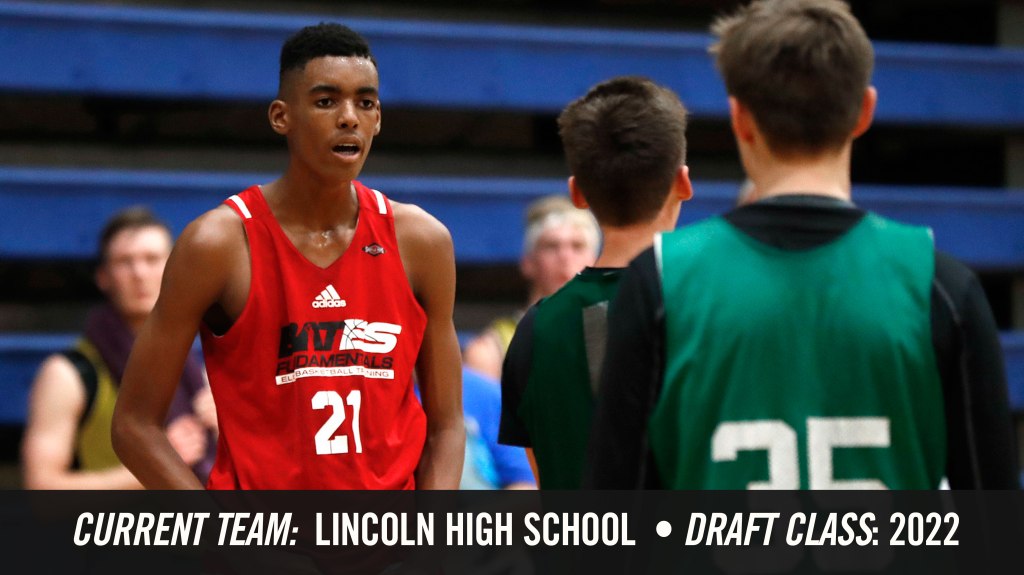 Hype is dangerous. Turning 14 and 15-year-old basketball prodigies into celebrities, anointing a child that is too young to obtain a driver’s license as the next big thing is setting a kid up for failure. Let’s take, for example, Sebastian Telfair. There are mitigating circumstances there, of course, but Bassy is, by any subjective measure, a massive success as a basketball player. He spent a decade in the NBA. He made nearly $20 million in salary from the NBA alone. For the entirety of his 20s, there were not 100 people in the world that were better than him at his job – being a point guard. But he was Stephon Marbury’s cousin. He was a God in Coney Island before he got to high school. When he was a junior, he was on the cover of SLAM magazine – which was the pinnacle of the basketball world in the early 2000’s – with LeBron James, being touted as the next generation of intergalactic megastar.

When that’s where the expectation for your career is set, you are almost assuredly going to fall dreadfully short.

While Telfair’s story ended up with a three-year prison sentence, the cautionary tale of too much being given to a player too early can also be told with Renardo Sidney as the subject. Or Lenny Cooke. Truth be told, it’s a longer list than you may realize.

Which brings me to Emoni Bates. He is a 6-foot-9 shooting guard from Ypsilanti, Michigan, who led his high school team to the state title in 2019. He outshined Bronny James in a game earlier this summer. Anyone with two functioning eyes can see how similar his game is to that of another long, lanky and tall shooting guard that now resides in Brooklyn. He’s already been dubbed the crown jewel of the 2022 NBA Draft. He hasn’t started his sophomore year yet and we are already saying he will be one of the 50 best basketball players on the planet when he turns 20.

If he simply ends up being a run-of-the-mill pro and spends the rest of his last being termed a bust, I will be complicit.

But let me be clear: I’m not one for hyperbole. I’m conscious of what words mean. I understand that putting “Emoni Bates” and “Kevin Durant” in the same sentence – whether it is on this site, on twitter, on TV, wherever – is putting a significant amount of pressure on this kid. He’s also the best prospect that many of the smartest people in grassroots basketball have ever seen, or have seen in a long, long time. As one former NBA player put it to me, “[those guys] are going to be good. He’s good now.”

There are two reasons I’m buying Emoni, so long as he stays healthy, coming close to reaching his ceiling. For starters, his father, Elgin, seems to be smart, grounded and completely cognizant of what his son is going to have to deal with in the very near future. “Don’t let this go to his head or bother him due to the fact that it can get overwhelming and crazy,” Elgin told me in July. “Sometimes it’s trying when you try to get out of the gym and everyone is grabbing his arm, and as a parent, I have to notice that. I have to pay attention to his body language. If he’s uncomfortable, if he doesn’t want to be in a certain situation, we get him up out of there.

“The main thing for me is being a parent and protecting my child.”

The other reason is that Emoni has some killer in him. He’s uber-competitive. He’ll throw an elbow if someone is getting too physical. He’ll run his mouth after burying yet another step-back three in someone’s eye. He wants to win more than anything, regardless of whether he is playing a meaningless pickup game or a knockout-round game at Peach Jam. And that, more than just his physical tools and skill set, is what reminds the smartest basketball minds of KD.
—Rob Dauster 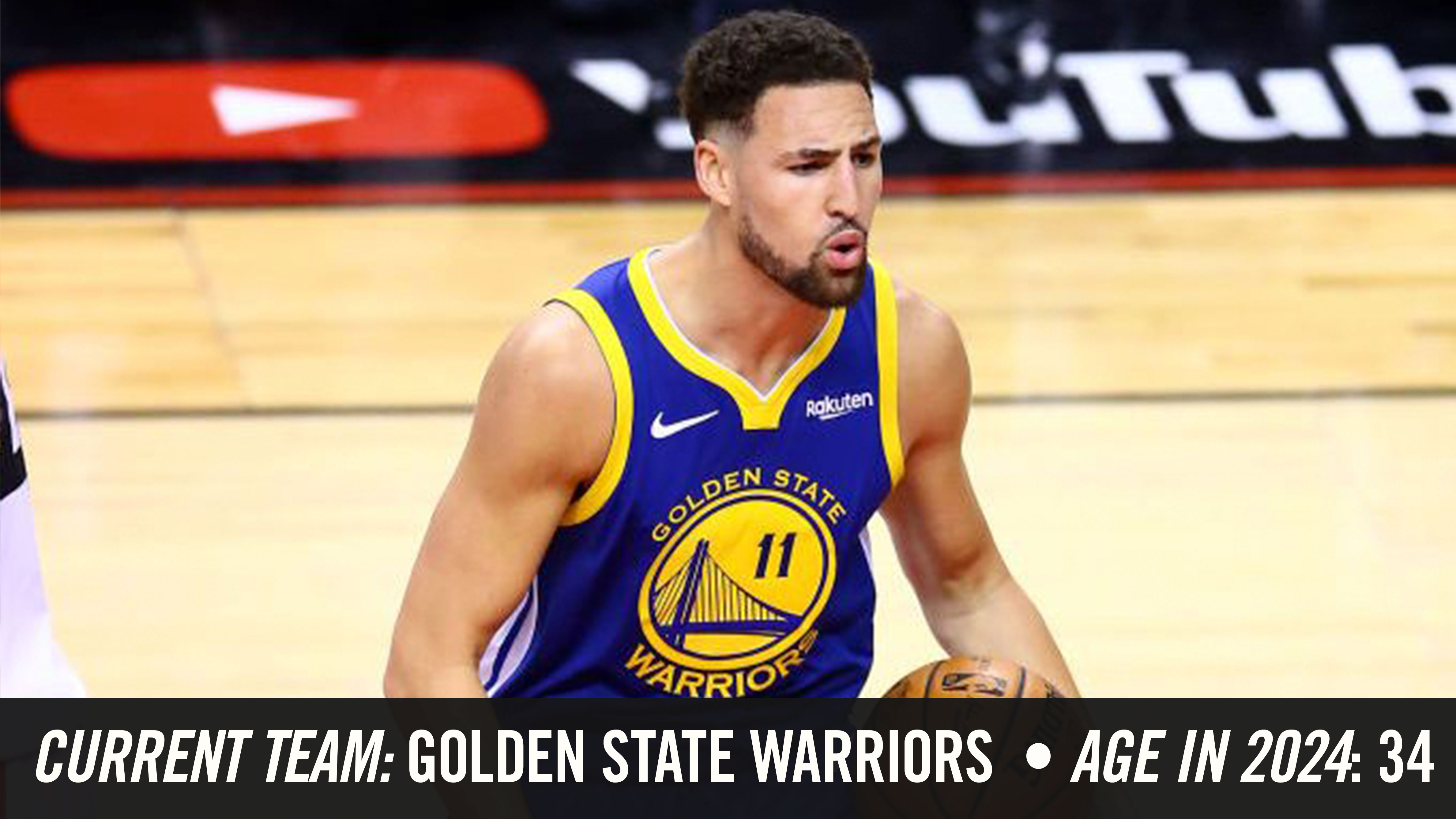 Our panel of voters may have been harsher with Thompson than almost anyone else in this five-year projection. The Golden State Warriors themselves believe and hope our ranking of Thompson is far too low — this past summer they gave him a new contract that will pay him $43.2 million the season before this ranking targets.

Shooters tend to age well because that skill does not quickly fade, however, what makes Thompson elite is he is more than just a pure shooter. He is an All-Defensive Team level perimeter defender who also can put the ball on the floor and run a little pick-and-roll in a pinch. It’s how those other things age that is the question with Thompson. The fact he will miss a chunk of next season with a torn ACL impacted our voters because, long term, it could limit his non-shooting skills. Plus, like a lot of the Warriors, he has put a lot of miles on his young body. 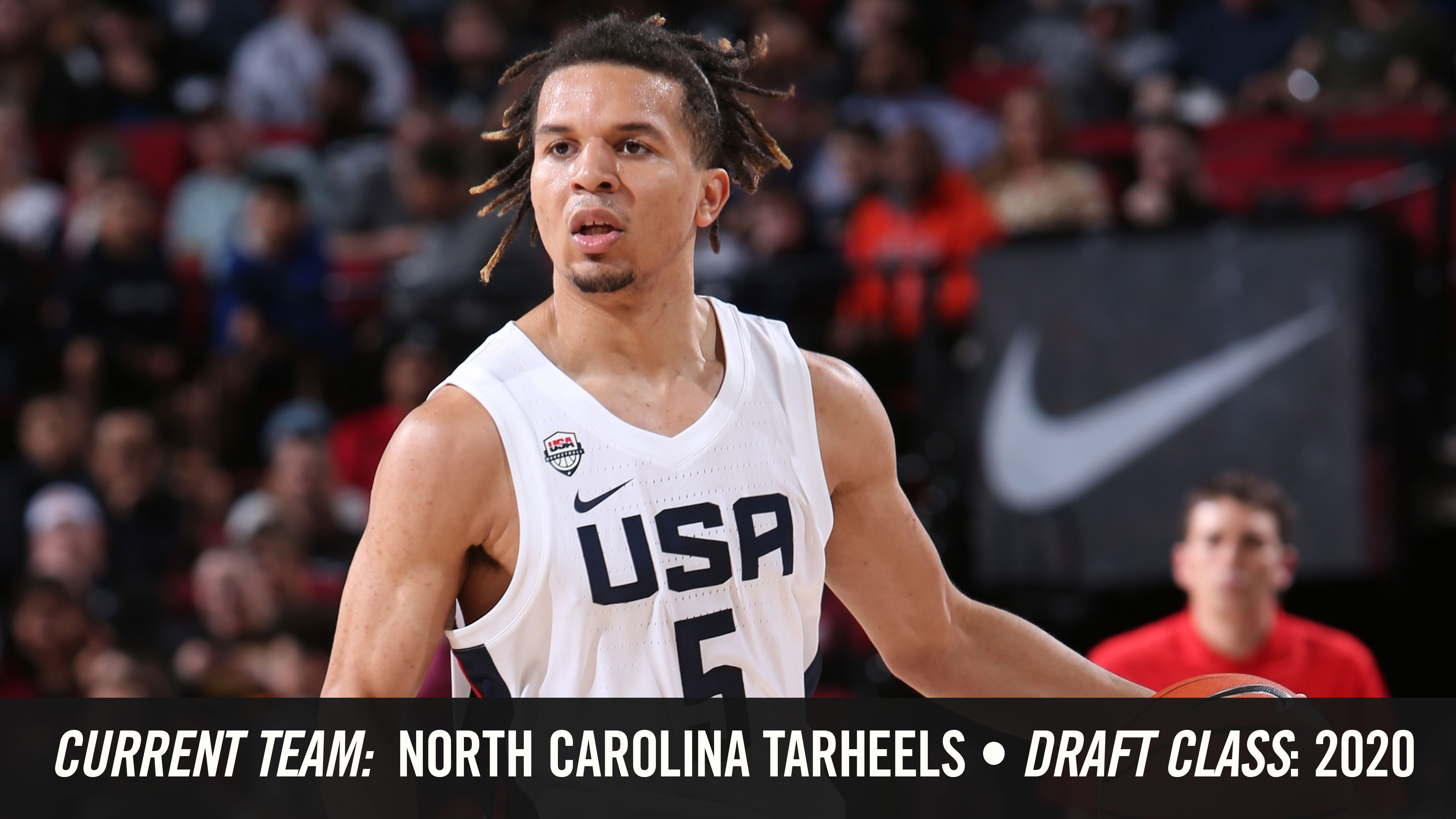 The biggest question with Cole Anthony at the next level is going to be whether or not he is actually good enough to play the role that suits him best. He was the Russell Westbrook of high school and AAU basketball, a tremendous athlete and high volume lead guard that put up monster numbers. He can make shots, but he’s not really a shooter you are going to ask to play off the ball, and he can create for his teammates, but he’s wired to be a bucket-getter.

In the modern NBA, we see a lot of point guards playing that role. Russ, John Wall and De’Aaron Fox are the guys that Anthony will look to follow in the footsteps of. But those guys are, or, in Fox’s case, project to be very soon, bonafide superstars in this league. Is Anthony talented enough to be a bonafide superstar? He certainly has the potential to be.
—Rob Dauster 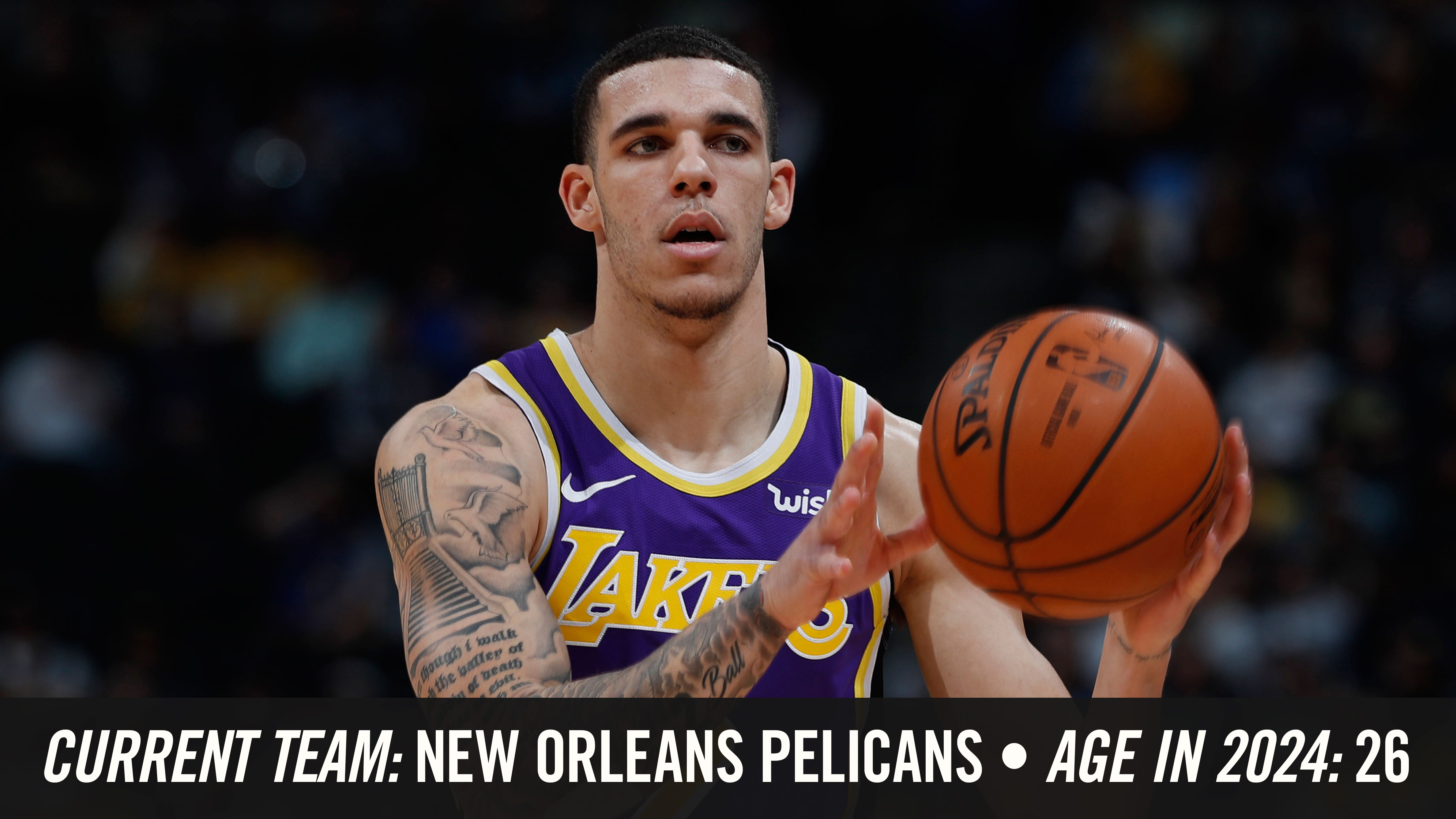 I still believe. Leaving Los Angeles may be the best thing for Zo’s career. Now, he can focus on basketball without the headaches of the Lakers organization and the backdrop of Hollywood (who knows what LaVar is up to).

Ball has struggled to stay healthy in his promising NBA career. Shoulder and ankle injuries sapped his effectiveness over his two seasons, but with a revamped medical staff in New Orleans, he has a chance to truly breakout. I was there when he and LeBron James each posted a triple-double in Charlotte last December. That was a month before he suffered a season-ending ankle injury, but that seems like a decade ago.

Ball can really play. If he can figure out the apparent yips at the free throw line — Ball shot a paltry 6-of-26 from the free throw line in 18 games after that Charlotte game — he has the potential to be special. Importantly, over that same stretch, he shot a healthy 36 percent from 3 on 5.9 attempts per game, which shows that he can shoot the rock.

With his defensive acumen, elite passing abilities and basketball IQ, Ball has a bright future ahead of him, especially now with Zion Williamson on the receiving end of those passes. If he can stay healthy, I truly think there’s a Jrue-Holiday-type career ahead of Ball. What better place to grow up in this league than alongside Holiday in New Orleans? At just 21 years old, there’s plenty of time for Ball to live up to lofty expectations as the No. 2 overall pick in the 2017 draft. Consider me bullish on Ball.
—Tom Haberstroh