The Los Angeles Clippers have two superstars in Kawhi Leonard and Paul George. Now it appears they will be getting a new stadium as well.

On Thursday, the team announced that they will be building a privately-financed stadium in the city of Inglewood. It will house the team’s offices, medical facility, and practice facility.

The details we have right now are sparse, but according to the Clippers it will not be built with taxpayer dollars. It will be built on property owned by the city of Inglewood, and what that means for the city isn’t really clear. The team’s release has lots of numbers about tax revenue and economic benefits, none of which I would trust wholly.

Still, the building looks beautiful and owner Steve Ballmer appears to be making yet another step in the direction of moving out of the Lakers’ shadow.

In addition to the arena, the proposed project located on West Century Boulevard between South Prairie Avenue and South Yukon Avenue will include the team’s business and basketball offices, training facility, community and retail spaces.

“My goal is simple. I want the Clippers to have the best home in all of sports,” said Clippers Chairman Steve Ballmer. “What that means to me is an unparalleled environment for players, for fans, for sponsors and for the community of Inglewood. Our goal is to build a facility that re-sets fans’ expectations while having a transformative impact on the city we will call home.”

Arenas are getting insane these days, and this new Clippers design is pretty wild. It’s a fitting place for a basketball team in L.A. to play, and understandable that Ballmer wouldn’t want to share space with the Lakers any longer.

The LA Chargers and LA Rams are both going play in Inglewood once LA Stadium is built, and the Clippers’ new home is supposed to be completed by 2024 when their lease runs out at Staples.

Here’s all the renderings of the new arena: 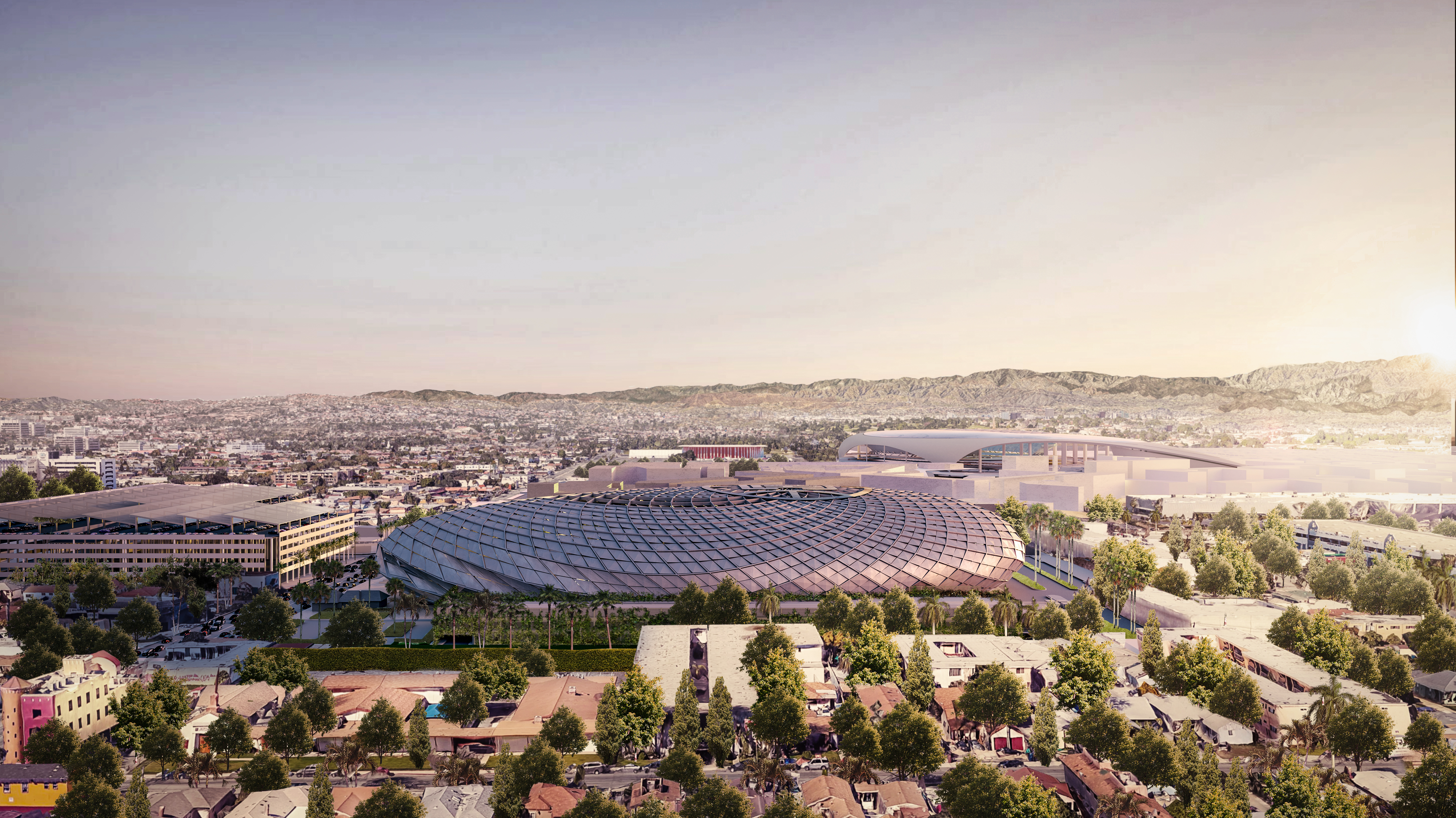 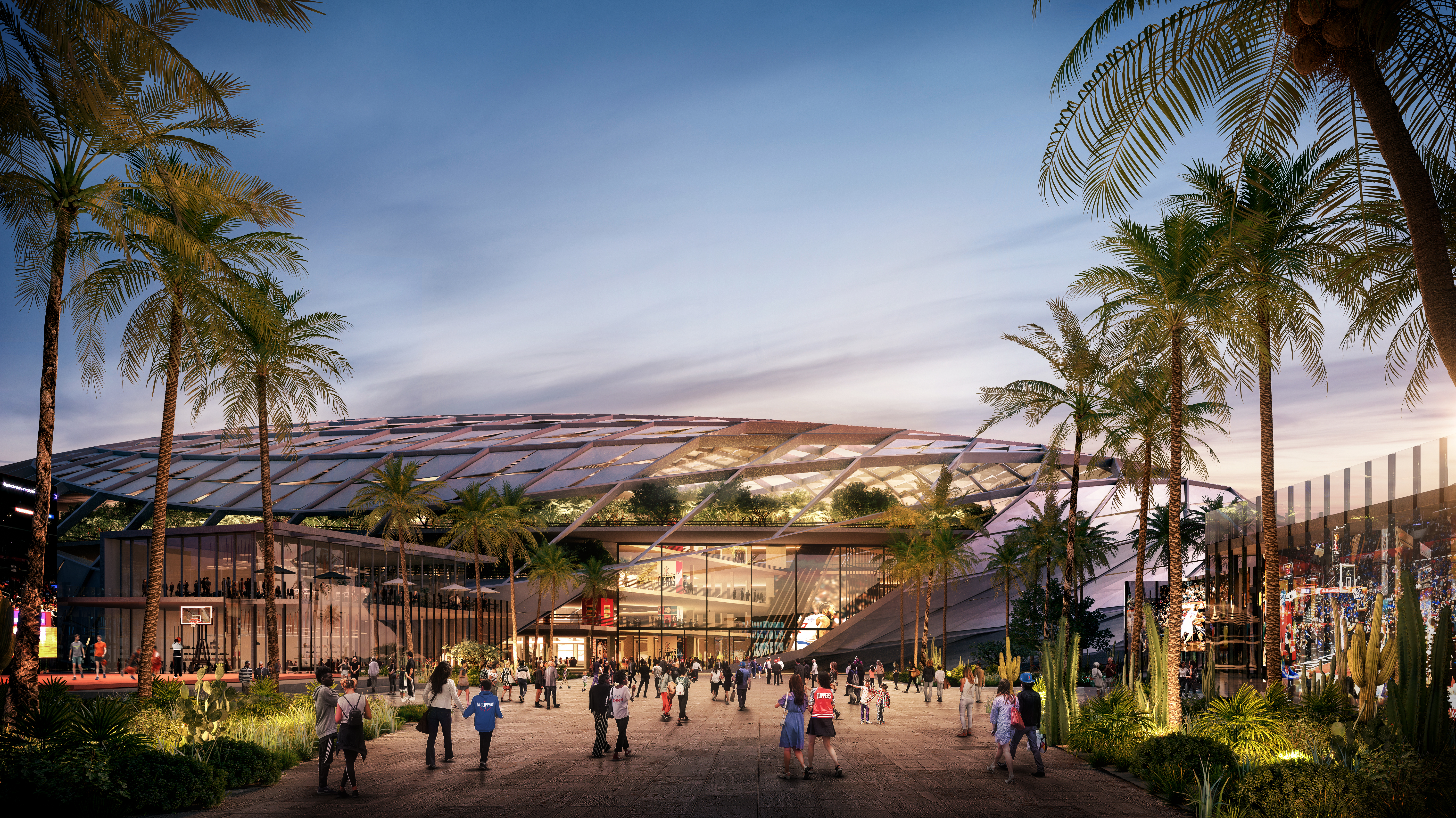 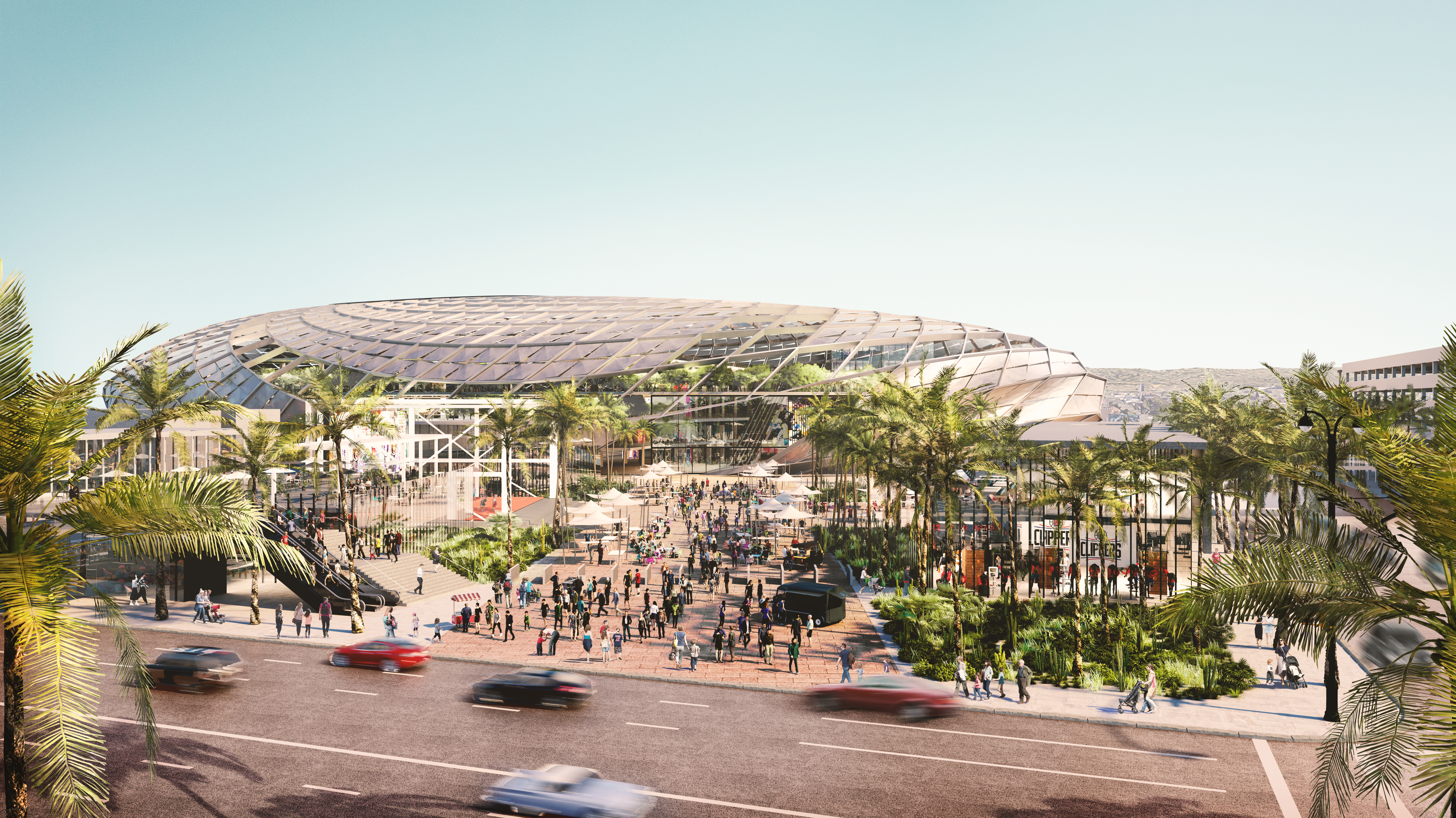 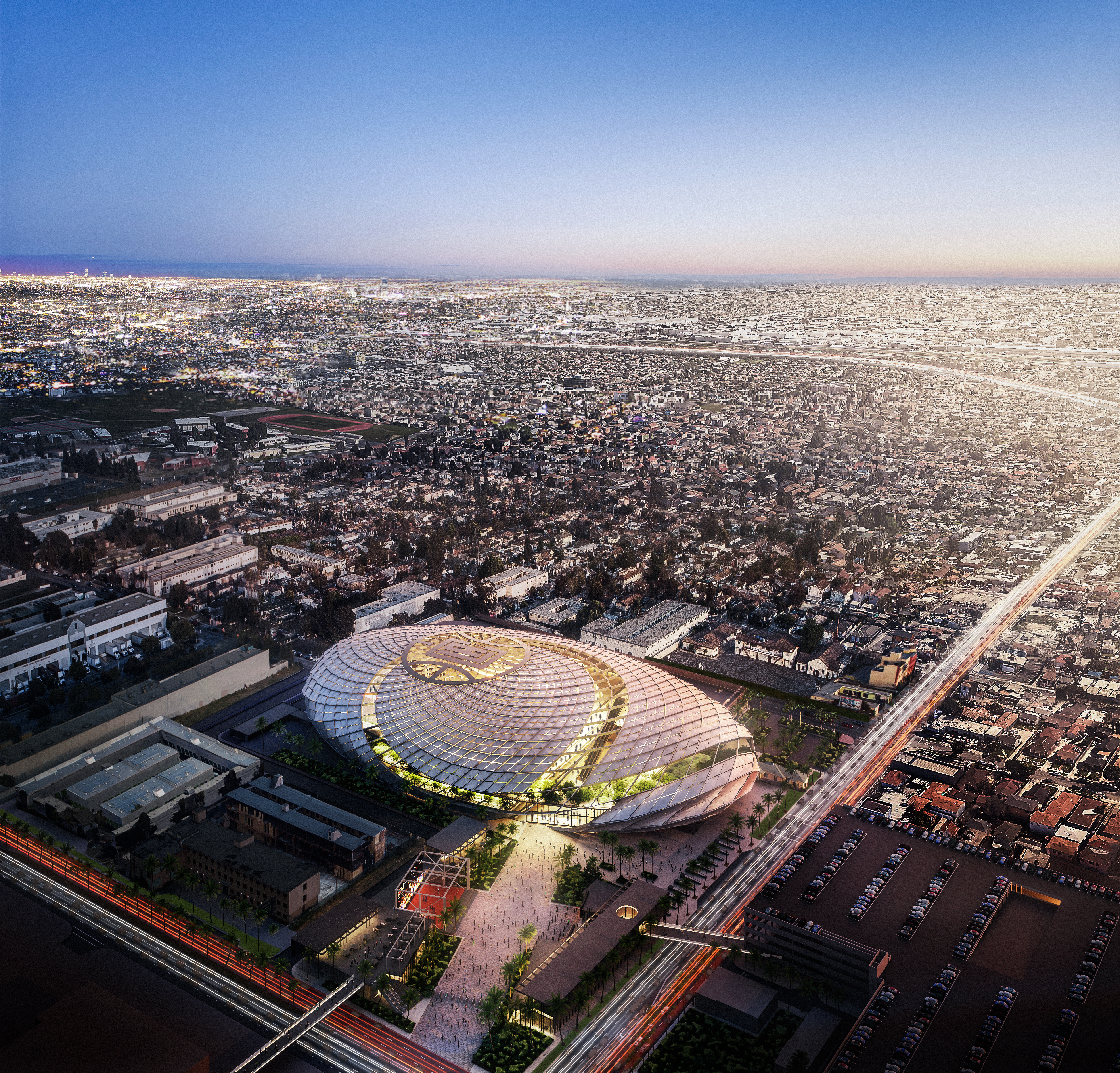