Kevin Durant is a member of the Brooklyn Nets. In his journey eastward he’s apparently decided to not only leave the Golden State Warriors, but to change his number as well.

For the entirety of his career — first with the Seattle SuperSonics, then with the Oklahoma City Thunder, and finally with the Warriors — Durant has worn No. 35. But according to a post to Durant’s Twitter page on Sunday, that’s all over.

When Durant takes the floor for the Nets, whether next season or in 2020-21, it looks like he will be wearing No. 7.

This is quite a turnaround. It’s not just that Durant has always worn 35: his Twitter handle, has the number in it, and his 35 Ventures company is named after it.

Why is Durant changing numbers now? It’s hard to say. Even in the release about the number change, Durant didn’t give more information to help us.

Of course, Durant was seen wearing a hat with a “7” on the front of it during these last playoffs, so naturally folks are drawing their own conclusions about whether this was a long time coming. 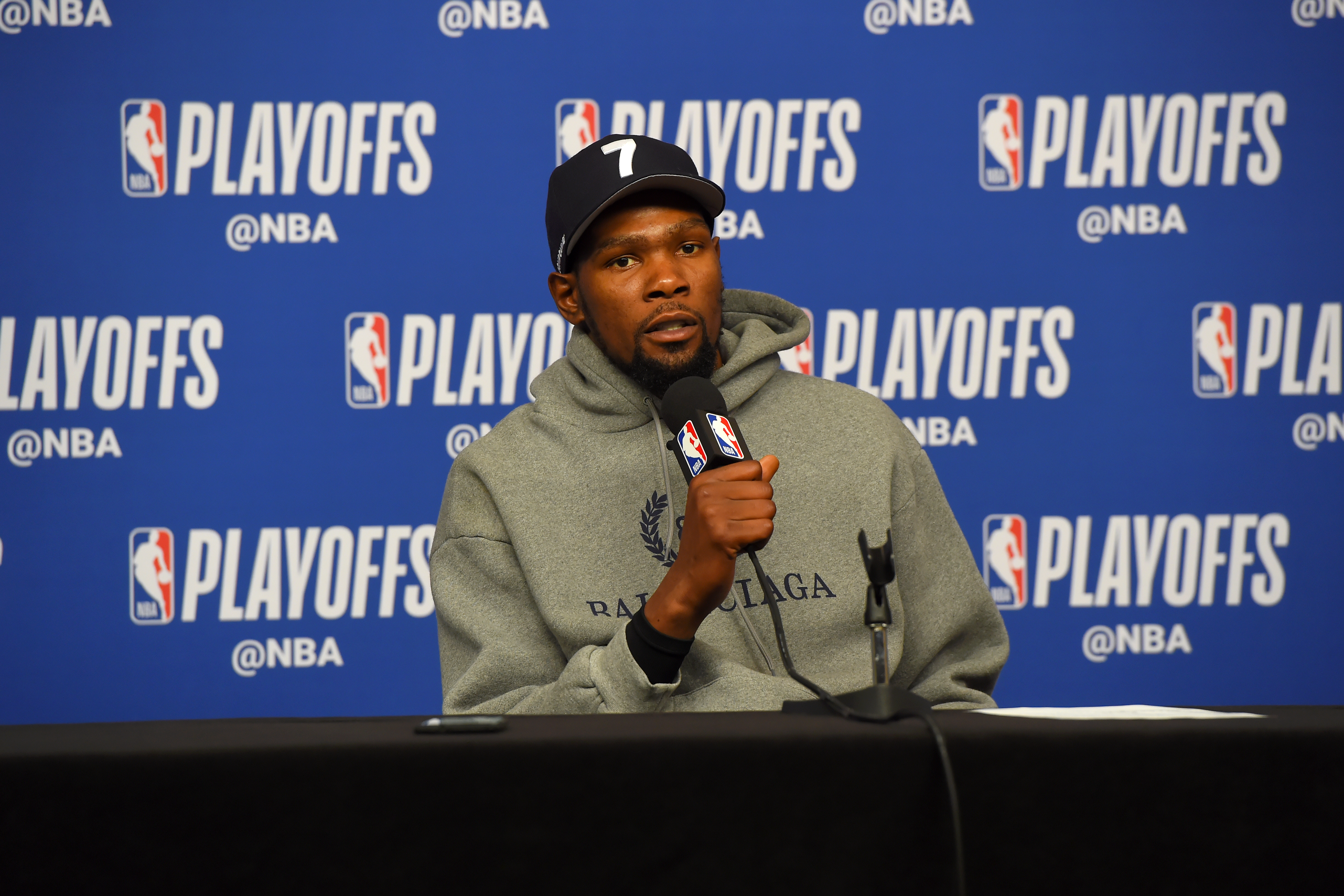 This is a new chapter for Durant, so perhaps he wants to try to reshape the marketing around the previous iteration of his public persona? We’ve seen LeBron James go from No. 23 to 6 successfully when he played with the Miami Heat, signaling a change from his Cleveland Cavalier days. Michael Jordan famously came back to the Chicago Bulls wearing No. 45 in 1995. Number changes can be innocuous or calculated, and it’s not that weird for a star player to switch it up.

Other instances of this haven’t worked as well. Kobe Bryant changed from No. 8 to 24 for the 2006-07 season, just months after settled his Colorado sexual assault case in March of that year. It was viewed as Bryant trying to control the marketing narrative around him.

Whatever Durant’s motives, he’s going to sell a ton of jerseys — especially those Nets Coogi ones — and it doesn’t matter which number is on it.

Durant is going to have his 35 retired by the Warriors here soon enough. Perhaps he will be able to dominate the Eastern Conference enough to get his 7 retired at Barclays Center?

Only time will tell.