Even before the NBA pushed the release of its regular-season awards back until after the playoffs (so TNT can give us Shaq dancing and NBA players reading from teleprompters), there have been times when one player won a regular season award only to have another player step up in the playoffs and look like he deserved it.

Not this season — Pascal Siakam was the Most Improved Player in the regular season and Spicy P was a force for the Raptors in the playoffs.

Siakam has officially won the NBA’s Most Improved Player award.

"I'm just blessed to be able to make this dream become a reality." 🙌@pskills43 accepts his #KiaMIP award at the #NBAAwards. pic.twitter.com/rIxofpv8up

Siakam broadened his game this season, doing a little bit of everything better. He averaged 16.9 points per game, shot 36.9 percent from three, grabbed 6.9 rebounds a game, and became an important part of the Raptors’ defensive plans.

Siakam stepped up his game and averaged 19 a night in the playoffs. Now he’s got a ring to show for it. 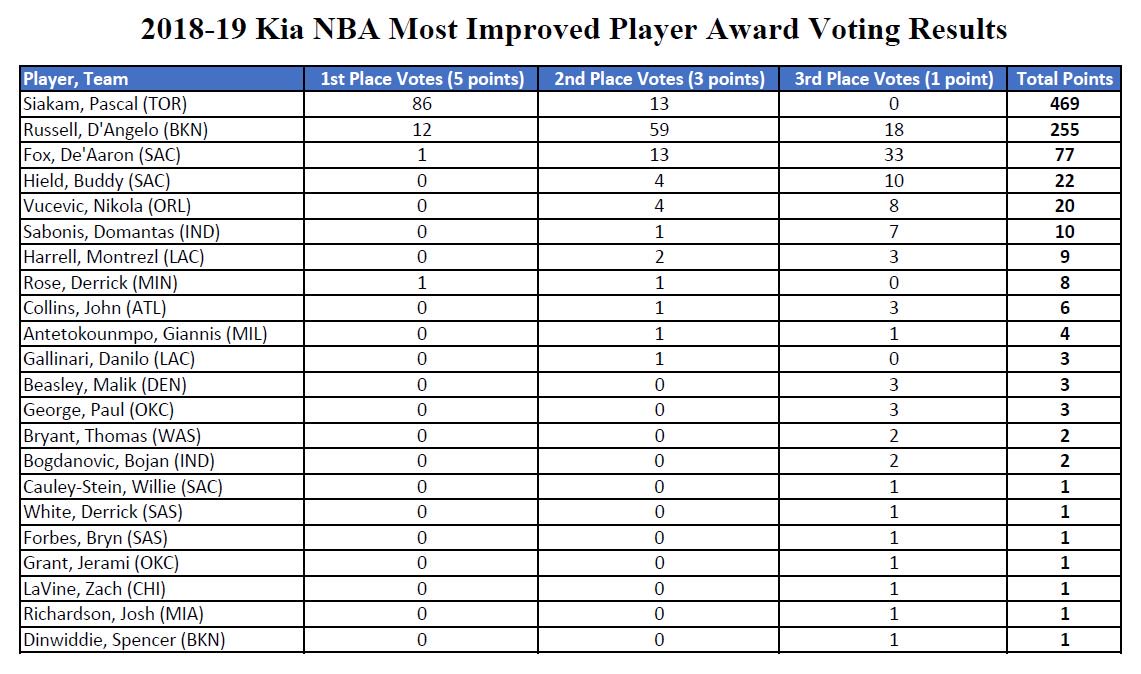