There were a lot of storylines out of Game 5. The Warriors had a massive win and a devastating loss all in one game. Kawhi Leonard looked limited until he suddenly didn’t and took over for a stretch of the fourth. There were injuries and huge shots and drama for a full 48 minutes. We finally had a great NBA Finals game.

However, what decided this game was far more straightforward: Three-pointers.

No advanced stats needed for this: One team knocked down their threes, the other did not.

If you prefer, he are the shooting charts for the Warriors and Raptors. 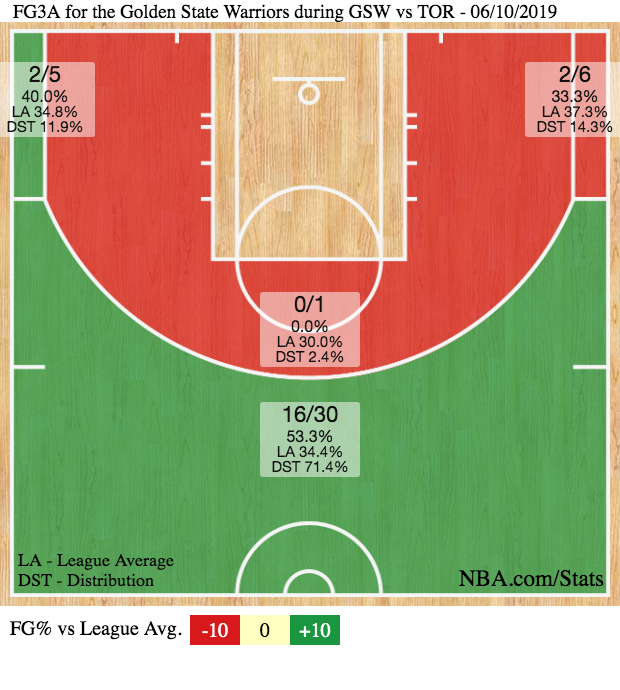 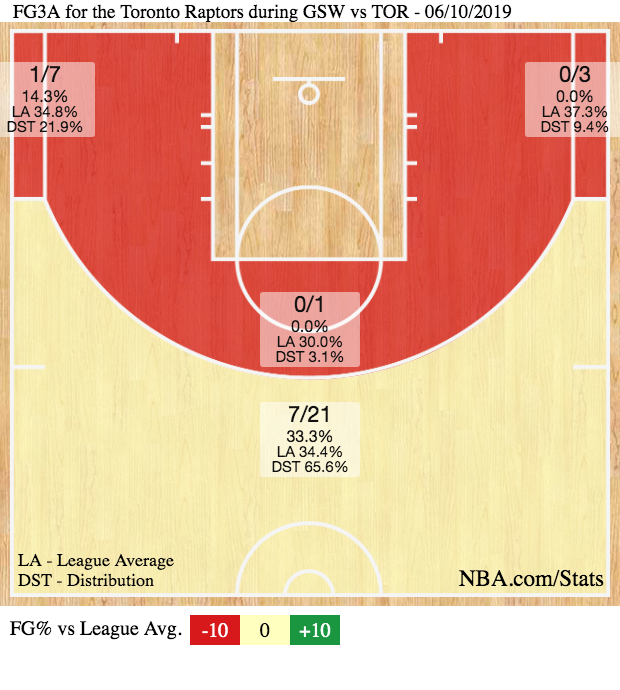 On the flip side, Danny Green was 0-of-4, Lowry 1-of-6, and even Kawhi Leonard 2-of-7 from beyond the arc. Those core shooters simply have to better next game, or they will have another chance in Game 7. Because we know Curry and Thompson will keep shooting.