Drake might annoy a lot of fans around the league, but now he has some bragging rights. The Toronto Raptors took home Game 1 of the 2019 NBA Finals on Thursday night against the Golden State Warriors, 118-109.

The Canadian rapper showed up wearing a Dell Curry Raptors jersey, apparently some kind of slight against Golden State star Stephen Curry. During the game, Drake and Curry actually had some kind of exchange. 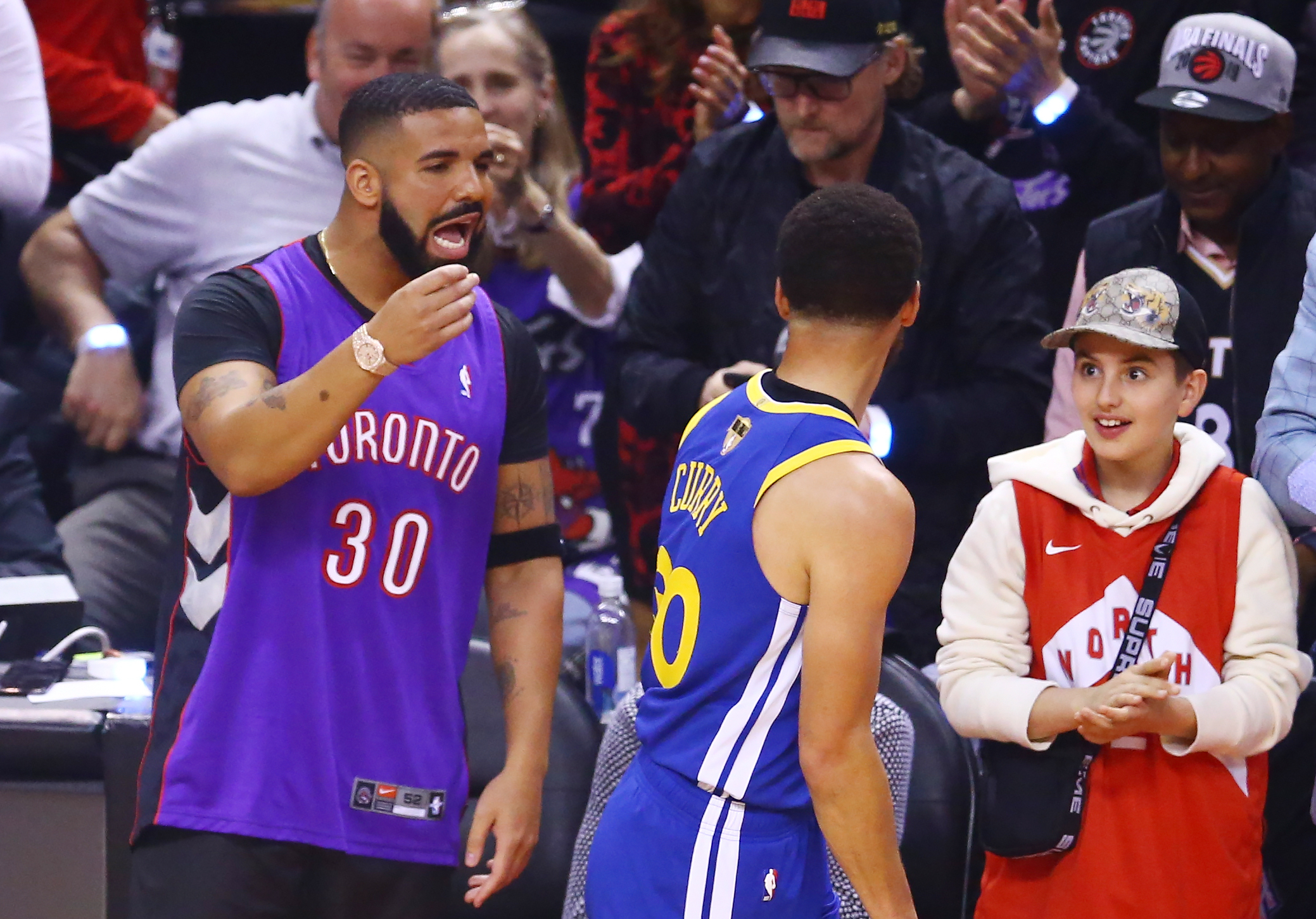 After the game, it was Golden State forward Draymond Green who got into a little back-and-forth with Drake. It’s not clear exactly what was said, but you can see Drake mouth something to the effect of “that’s trash” to the Warriors star.

Drake had some words for Draymond after the Raptors' Game 1 #NBAFinals win 👀 pic.twitter.com/d0NCKKFFHE

Draymond didn't want to talk about Drake "Do you have a question about basketball?" pic.twitter.com/oGUM2oLiK7

Game 2 is on Sunday at 5 p.m. PST in Toronto. I wonder what Drake will wear for that?