Zion Williamson will be there, although it’s unlikely he does anything as athletic as throw a football (warning, NSFW language if you play the video).

Zion LAUNCHED that so casually

Ja Morant, R.J. Barrett and the rest of the expected lottery picks will be there as well — mostly just doing interviews, but they will be there.

The NBA released the names of the 66 players invited to its Draft Combine May 16-17 in Chicago. Here is the full list. 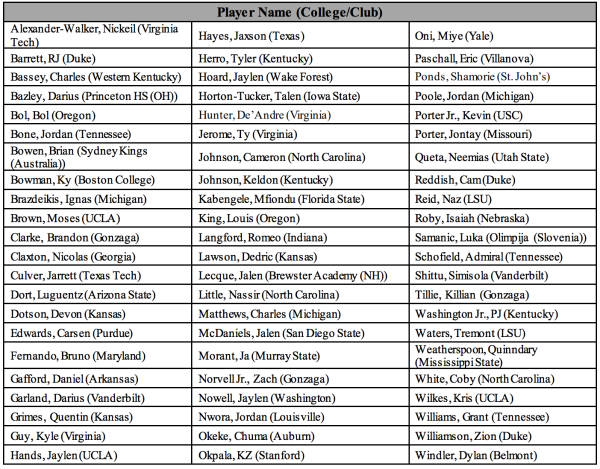 While there will be players shooting and taking part in drills, that’s not what will stand out to teams. What NBA teams want is the accurate measurements — height, wingspan, etc. — as well as the athletic measures such as vertical leap. The teams have watched plenty of video on these guys (or, they should have already) and now it’s more about the physical strengths or limitations of that player.

Much like the NFL combine, the top players are there to do interviews with teams, but they will not work out.