The Rockets are not resting guys and cruising into the playoffs.

Winners of six straight, they still have a shot at the No. 2 seed, they are just half a game back of the Nuggets for that spot. They need one more win to secure the No. 3 seed.

That means the Rockets are still playing their game and launching threes — and hitting them. Houston broke its own record on Sunday hitting 27 threes in a game.

The #Rockets just tied their own #NBA Record of TWENTY-SIX 3-Pointers made in a game! #RunAsOne 🚀 pic.twitter.com/VdvRyvM4Yc

With @AustinRivers25's 3-Point Shot, the #Rockets just BROKE their own #NBA Record with TWENTY-SEVEN 3-Pointers made in a game! 🚀#LegendaryMoments | @budweiserusa pic.twitter.com/vJRTy3xQAq

The Rockets were 27-of-57 (47.4 percent) from beyond the arc. They were hitting from everywhere… except straight on. 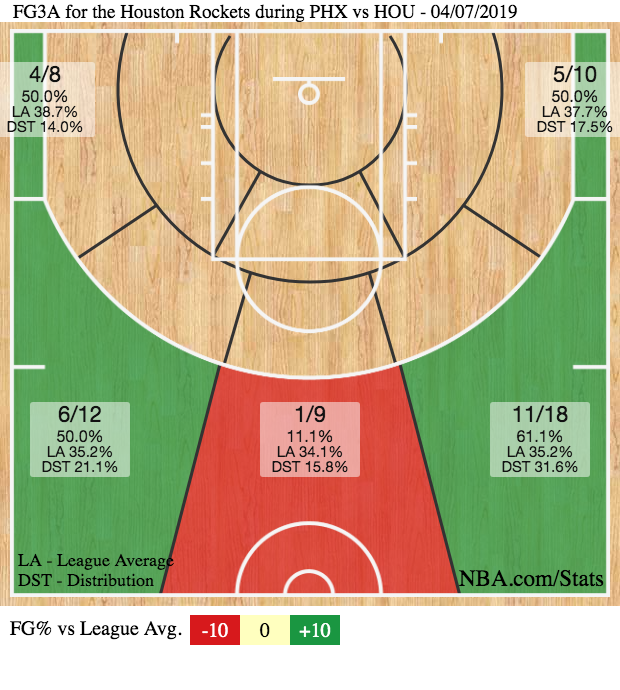 James Harden was 5-of-6 from deep, but it was Eric Gordon leading the way with 8-of-13 from three.