The discussion in the NBA is whether a champion will visit the White House with Donald Trump in office. The Golden State Warriors declined to attend last season after winning the championship over the Cleveland Cavaliers, and the politics of the league suggest it’s possible other champions will do the same.

But it appears that the Warriors still have a soft spot for President Barack Obama.

According to a post that has since been deleted, Golden State was seen meeting with President Obama sometime during their trip to Washington D.C. for their game against the Washington Wizards. A report from the Mercury News says the team met with Obama for about an hour on Thursday. 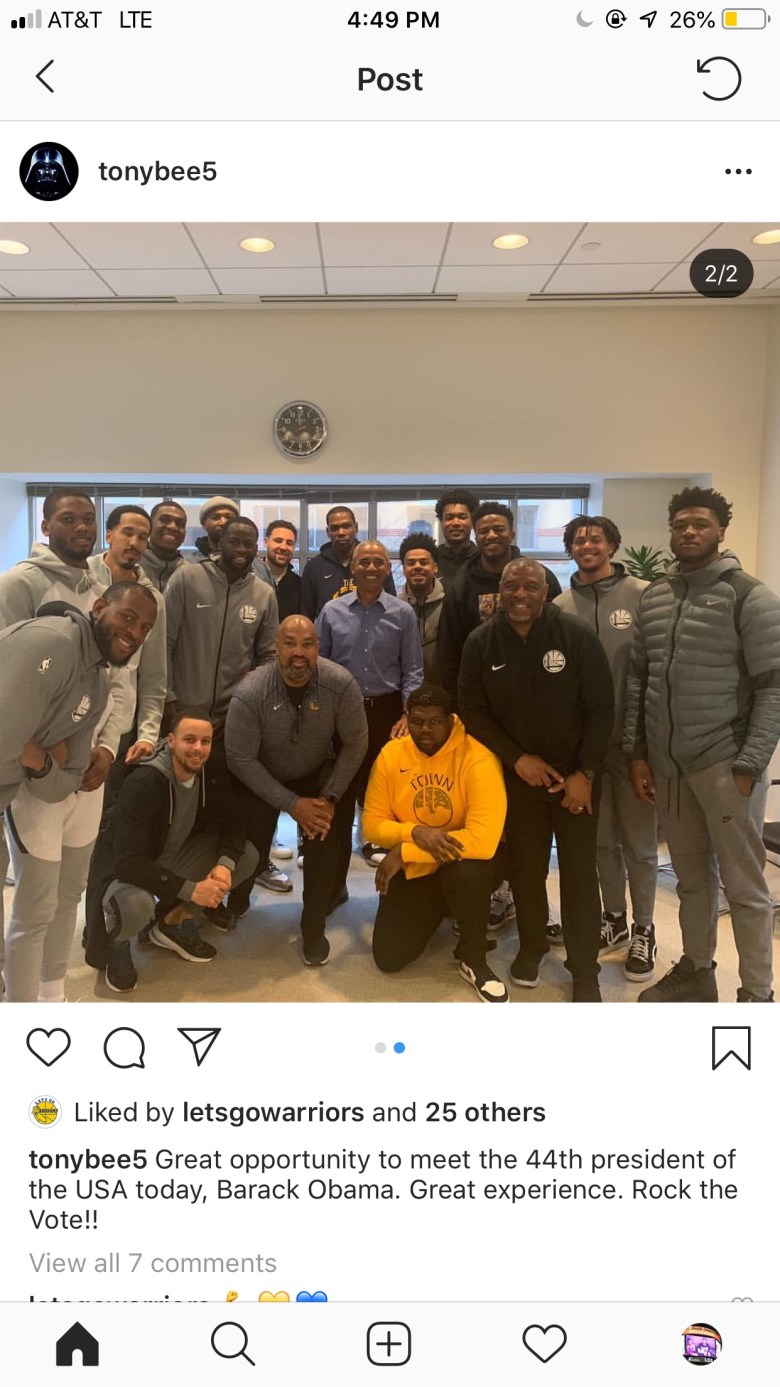 The meeting was apparently in lieu of visiting the White House to see Trump. It’s the only trip to Washington D.C. that the team will make this season, so there won’t be any other opportunity to visit the White House again (save for when Golden State wins the championship in a few months).

Take this how you will, but the Warriors visiting Obama and not Trump is sort of on-par for what we expect from Golden State at this point.