Lyle and Erik Menendez murdered their parents at their Beverley Hills, Calif., home in August 1989. In March 1990, they were arrested.

Between, they apparently went to a Knicks game.

Investigators were suspicious of the Menendez brothers – who are both serving life sentences – due to their lavish spending in the aftermath of their parents’ death. Cars, jewelry, restaurants, travel – and courtside seats in New York.

This 1990-91 Mark Jackson basketball card – with a picture from the previous season – appears to show the brothers. Via reddit user Pirate_Redbeard: 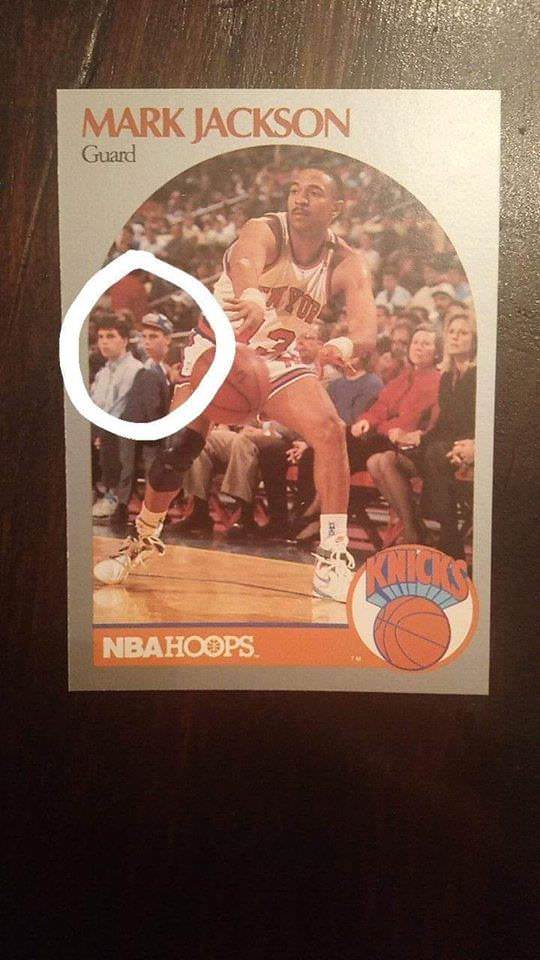