The Orlando Magic have two jerseys — the retro blues and blacks — that almost everyone who watches the NBA agrees are some of the best kits to ever appear in league history. And indeed, Orlando will be wearing their retro pinstripe uniforms at times this season.

I’m not really sure what to say about these because they are just so ridiculously boring. I suppose the only offensive thing about them is the giant logo in the middle, which has the feeling of a truck company (seriously, why are the emblems on the front of trucks like a foot across now?)

The Magic have had terrible uniforms for years, largely because they made their players look in-athletic. In recent years they’ve tried to mimic their old uniforms but fell short with a weird, short v-neck with wide pinstripes that expanded at the top.

You don’t have to be a sartorial expert to know that stripes can make you look taller. But wide stripes? They’re going to make you look … wider.

Just look at this nightmare. 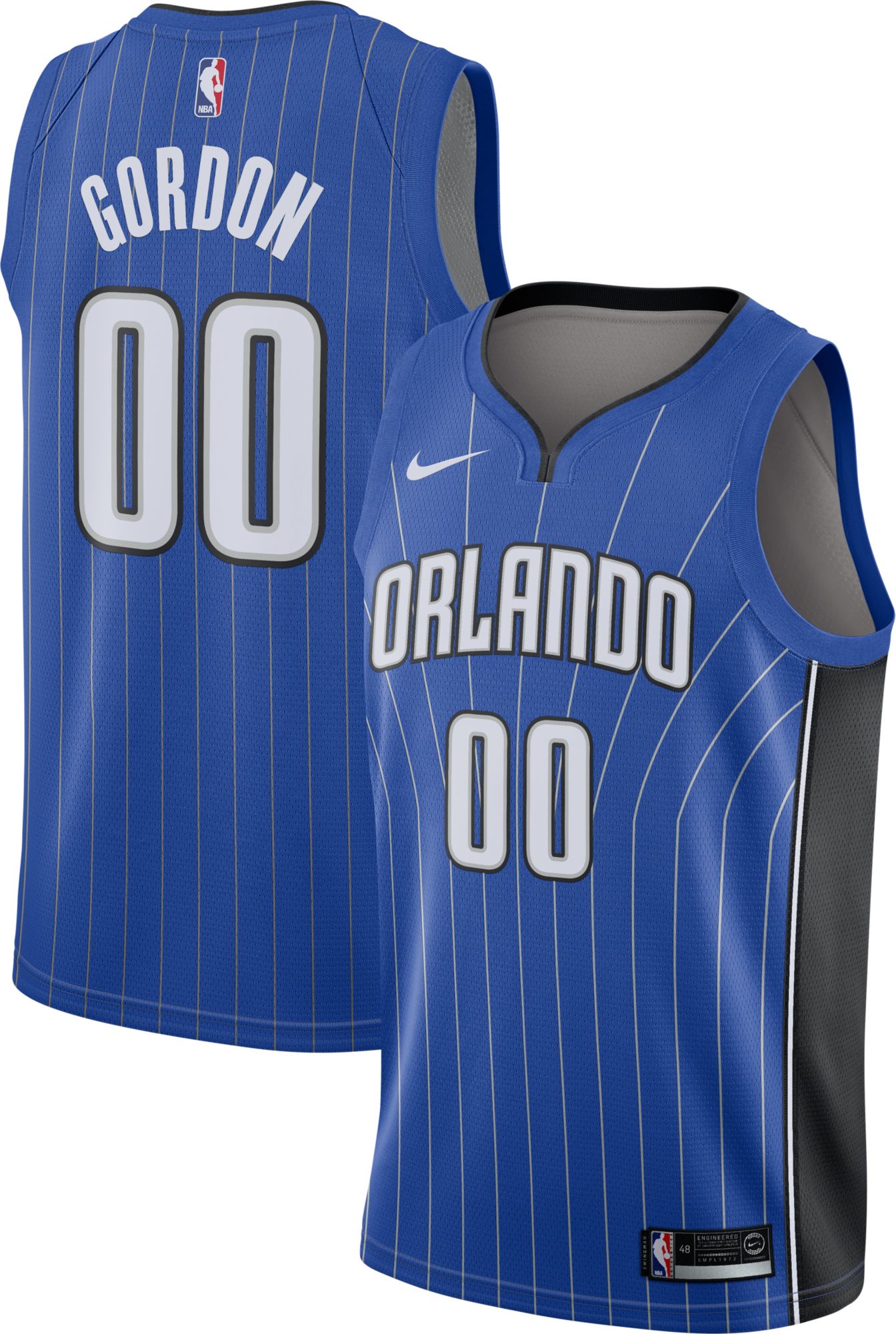 The next CBA should include a clause that makes it impossible for Orlando to wear anything but their original 90s uniforms. That or their alternates should be Stuff-themed.