It was the moment that defined the 2018 NBA Finals.

The score was tied with 4.7 seconds left when George Hill missed his second of two free throws, but J.R. Smith made an impressive play to get the offensive rebound — then tried to dribble out the clock like the Cavaliers were ahead.

JR Smith thought the Cavs were in the lead!! pic.twitter.com/5NkzVB5G80

LeBron's look says it all pic.twitter.com/oZjDyq3kZ9

Now, you can own Smith’s Game 1 jersey — the one he was wearing when he made a play so thoughtless LeBron James broke his own hand punching a whiteboard in frustration over it. It’s available on the NBA auction site. The bidding goes on for three more days, until June 21. 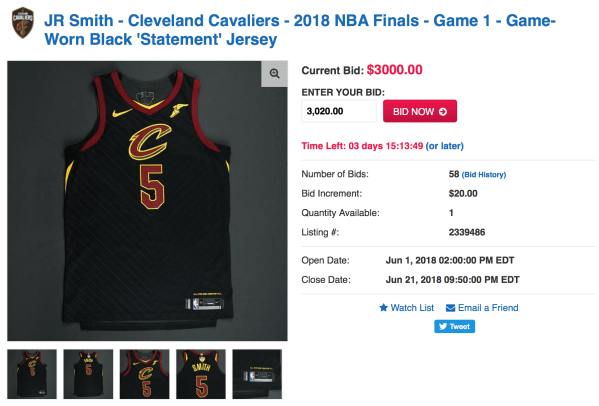 A Warriors’ fan is going to buy this thing, not a Cavaliers fan. They are still trying to repress this memory.