Today is the 20th anniversary of a bit of history — Michael Jordan hitting his final shot as a Chicago Bull, a pull-up midrange jumper to beat the Utah Jazz in Game 6 of the 1998 NBA Finals. That shot gave Jordan his sixth ring.

He also pushed off. The NBA allowed a more physical game then anyway, and in the final seconds of Game 6 of the Finals Jordan was going to get a lot of leeway, and he knew it — so he pushed off Long Beach State’s own Bryon Russell and created the space he needed to get a clean look.

The NBA was celebrating that putting the video out on social media.

But check out the Utah Jazz official account pitching in. 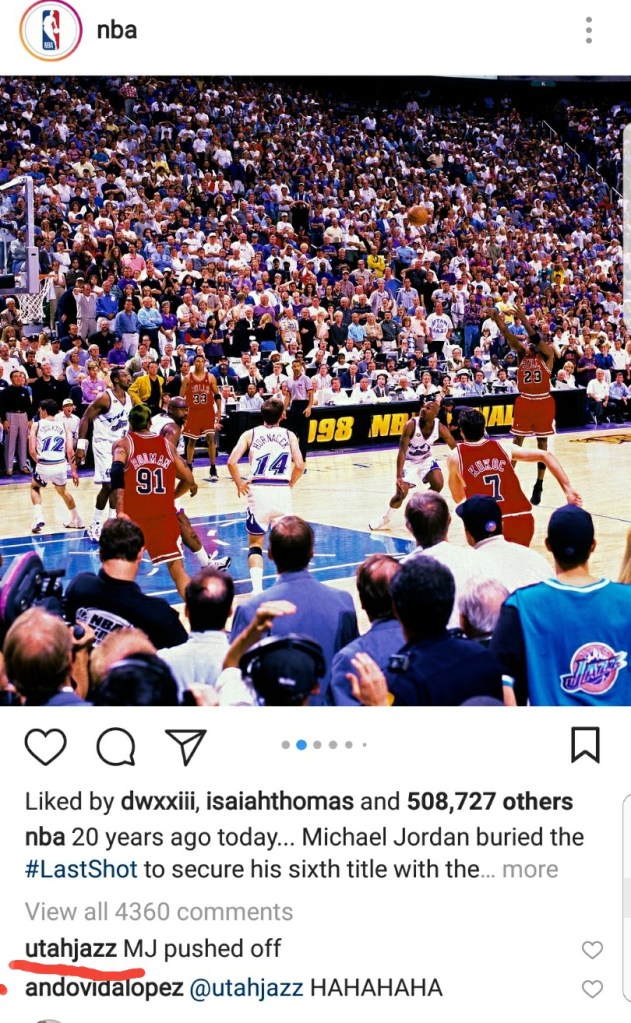 Well done, Utah. But Chicago gets to keep the banner.