Former NBA point guard Mike Bibby used to be a pretty normal-sized guy. His Basketball Reference page lists him at 6-foot-1 and 190 pounds. That was so very long ago.

Bibby last played in 2011-12 for the New York Knicks, and in the meantime it appears he’s spent the last six years or so entirely in the gym. As in, I’m not sure if he ever leaves the gym except to sleep and devour many whole roast legs of lamb.

What I’m saying is, Mike Bibby is huge now. Jacked. Yoked. He’s a beast. He’s got deltoids the size of cantaloupes.

Just for some perspective, let’s remind you of what Bibby used to look like. 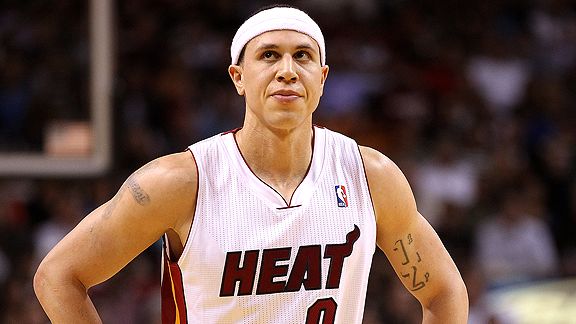 On a scale of 1-10, how JACKED is Mike Bibby 😳💪 pic.twitter.com/cnjLHJpe4n

I’m actually happy to see this. It feels like too many athletes we see get out of shape because they still eat terrible diets (seriously, many pro athletes still don’t eat that well) but don’t burn 8,000 calories a day once they’re retired.

Bibby has taken it the other direction, and seems to have spent most of his time since retirement doing skull crushers. Good for you, Mike. Looking swole, bro. The only question now is, is it natty?