Isaiah Thomas played a total of 15 games for the Cleveland Cavaliers in the 2017-18 NBA season, a fact many of us may have blanked from our memories entirely.

Indeed, the NBA has improved its reputation this year for producing the most quality, crazy stories of any major American sports league. Thus Thomas, his hip, and the massive trade that sent half of the Cavaliers roster elsewhere at the trade deadline feels distant, not only in time but in importance to the season itself.

Thomas is a free agent this summer after spending the last half of the season with the Los Angeles Lakers, but that doesn’t mean he doesn’t have rooting interest as the NBA Finals get underway on Thursday night. The Cavaliers are meeting the Golden State Warriors in the Finals yet again, and Thomas is clearly on Cleveland’s side. 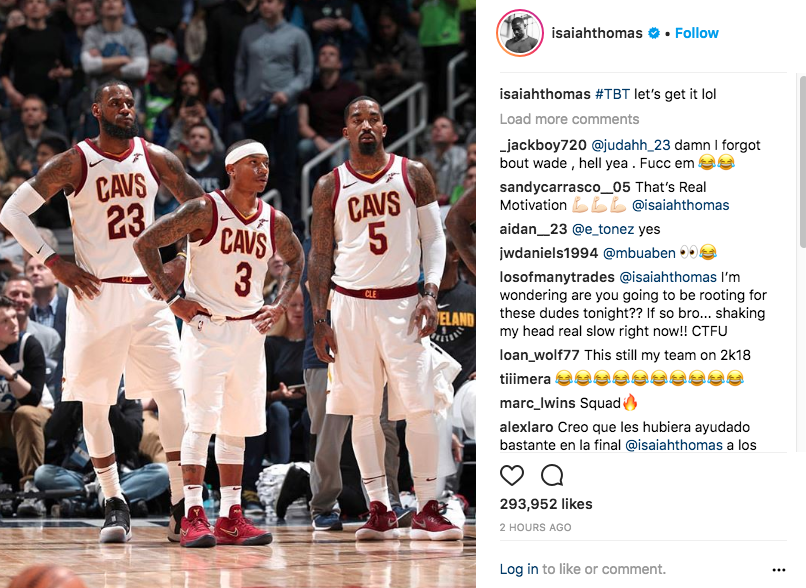 Of course, the context here is that Thomas is eligible for a championship ring if the Cavaliers are able to pull off the upset of the Warriors over the next few weeks.

We’re a long way from seeing Cleveland win another ring over Golden State, and we don’t know that the Cavaliers would even give Thomas a ring if they did win.