The first time he walked onto an NBA court since Oct. 23. Markelle Fultz got a standing ovation from the Philadelphia crowd.

Fultz — the Sixers No. 1 draft pick last June, who missed 68 games with a shoulder injury followed by a crisis of confidence in his shot — showed rust, made some poor decisions (like driving right into Mason Plumlee for a turnover on his first drive), and also knocked down some shots and made some sharp passes, too. He finished with 10 points on 5-of-13 shooting, with eight assists and four rebounds.

The Nuggets did what teams are going to do and played off Fultz, much like they do Ben Simmons, and Fultz started to attack into that space like Simmons does. Fultz’s ability to get to the rim and finish has never been in question (although the finishing showed a little rust Monday). Fultz also has to learn to trust that jumper he’s been working on, and he showed a little of that knocking down a pull-up jumper that he made a lot of back in college at Washington. This was the first step. 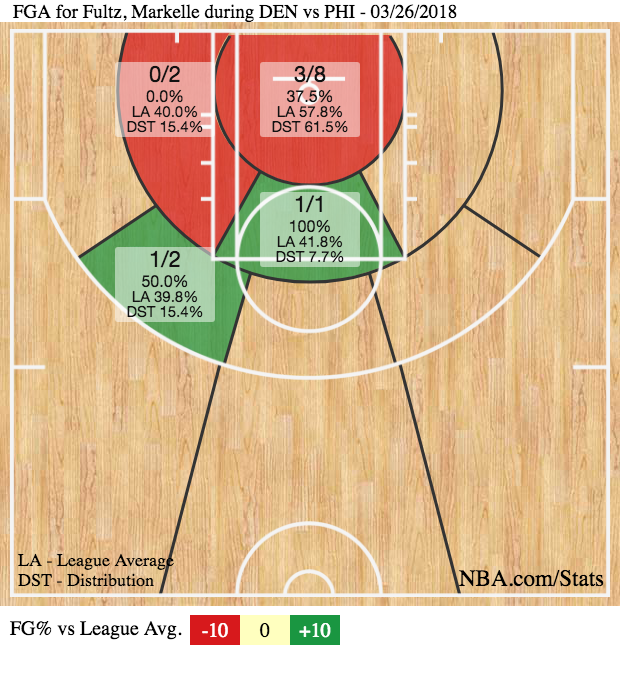 Not a bad welcome back.