The Boston Celtics season has taken a turn for the worse.

During Tuesday’s opening game against the Cleveland Cavaliers, new Boston Celtics forward Gordon Hayward broke his tibia and dislocated his left ankle after landing following a leaping back cut to the basket.

It became immediately apparent to those in the arena, and the broadcast angle of the left leg injury was not pretty.

Just be warned here, the resulting photo and media is pretty disgusting. I let out a big yell when I saw it live, so it’s not for the faint of heart. 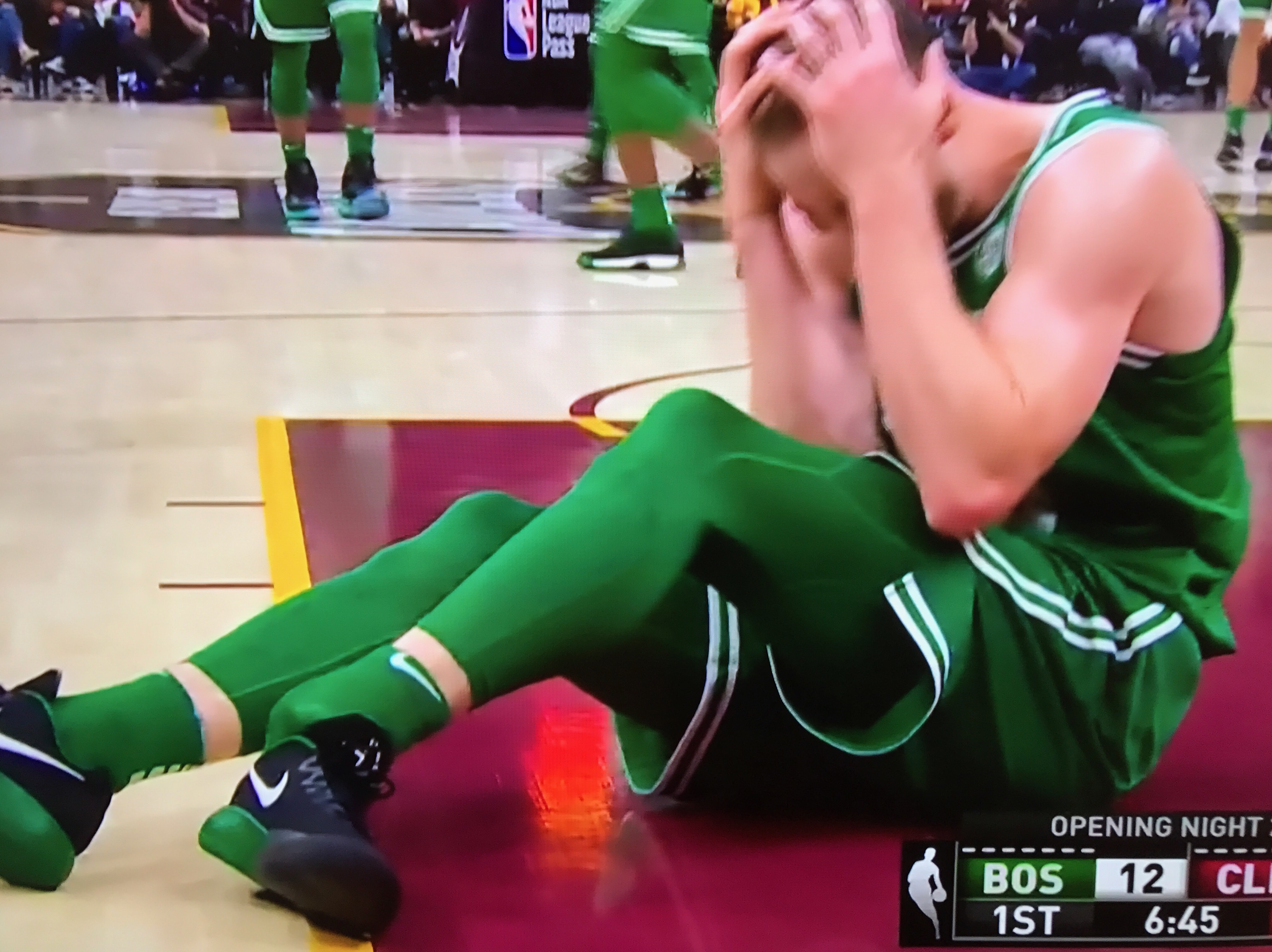 This is a tragic way to begin the season, Gordon Hayward broke his leg on this play #NBA pic.twitter.com/EWrgvHuxc8

This is the only injury photo you need. We were all feeling like this for Gordon Hayward. pic.twitter.com/CfwhfCmKBm

Celtics Coach Brad Stevens says Gordon Hayward has a dislocated ankle & a fractured tibia. On his way back to Boston tonight.

Hayward stayed in the locker rooms at The Q until halftime, where presumably his teammates had some words of kindness for him. He was then taken away from the arena and will reportedly head back to Boston instead of seeking treatment at a hospital in Ohio.

This is just the most awful way to start the NBA season, for all of us. Get well soon, Gordon.