In 2011, the NBA said 23 teams lost money. A lockout followed, and the players relinquished a significant share of Basketball Related Income to the owners.

In 2014, there was still noise about nine teams losing money. The owners and players struck a deal on a new Collective Bargaining Agreement without another work stoppage just as new national TV contracts were kicking in, signs of prosperity.

Yet, the same issues persist.

Despite a flood of new national television cash, 14 of the NBA’s 30 teams lost money last season before collecting revenue-sharing payouts, and nine finished in the red even after accounting for those payments, according to confidential NBA financial records obtained by ESPN.com. 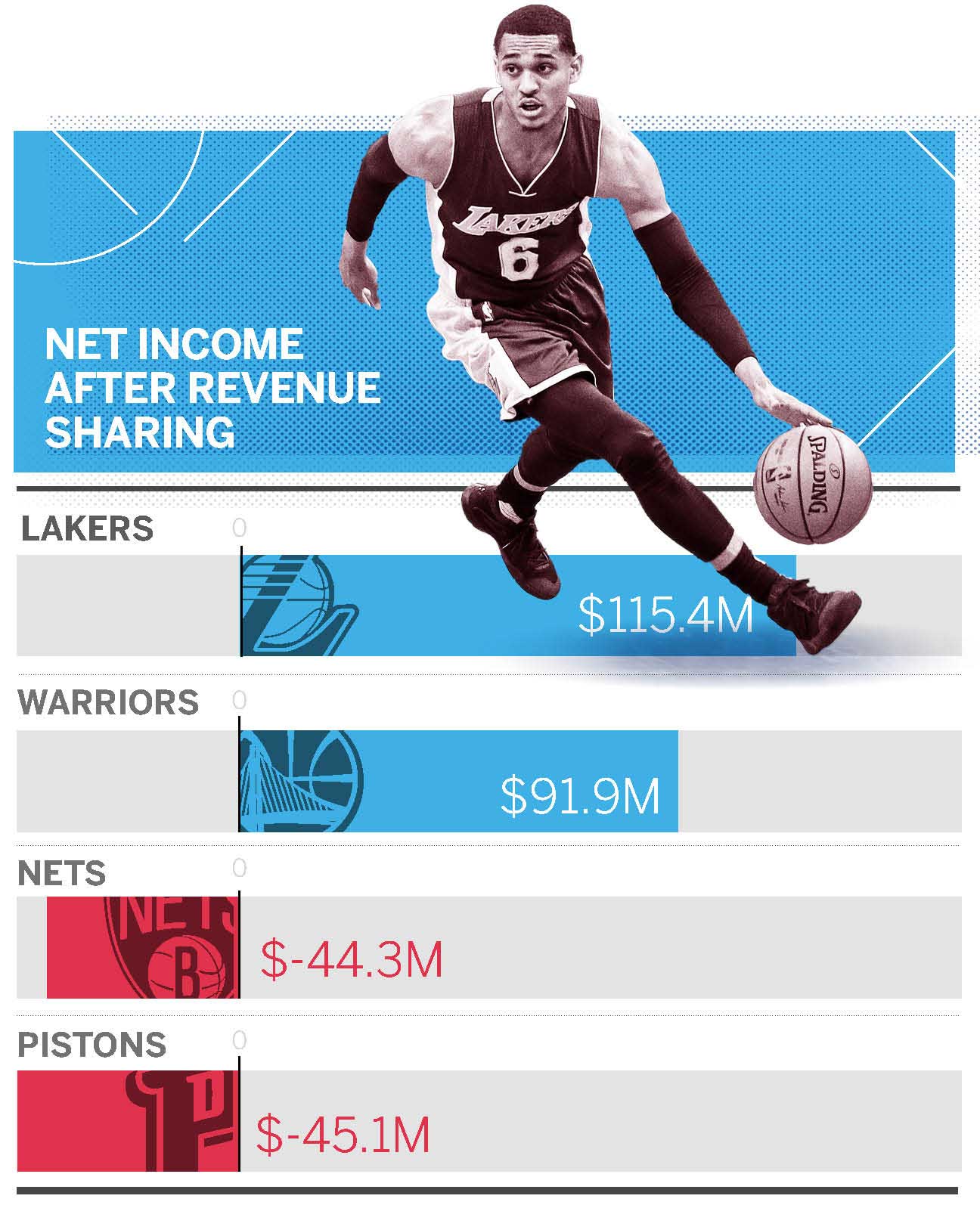 I highly recommend reading Windhorst’s and Lowe’s piece in full. It provides a fascinating breakdown of these numbers from a variety of perspectives.

It can be tough to evaluate these from afar.

The Pistons’ (Tom Gores) and Nets’ owners (Mikhail Prokhorov) own the arenas where their teams played last season. Those buildings can draw a lot of revenue from concerts and other events that isn’t included in the basketball-operations figures seen here.

The Rockets just sold for a record $2.2 billion, and it’s not just because they’re one of the few profitable teams. Sale prices have generally exceeded Forbes valuations lately.

Market size clearly matters, especially as it influences local TV deals. That’s the impetus to the Lakers’ massive profits during a season in which they went 26-56.

But the Lakers need competition, and that’s why they share revenue. There’s value in propping up small-market teams to have a full league of 30 teams. How much value? That’s the ongoing debate.

Maybe the NBA has gone too far toward small markets. Every franchise relocation in the last three decades has put a team in a small market – Oklahoma City, New Orleans and Memphis. That might be finally catching up to the league.

That’s why another team moving or even expansion is being discussed again. Expansion could bring quick cash to the several teams losing it. But it’d also dilute revenue long-term.

These are thorny problems, ones teams have millions of reasons to keep debating.