No, Sam Hinkie has not taken up farming.

There’s a real buzz among Sixers fans about their team, which showed its potential last season for 31 games when Joel Embiid played. Now Ben Simmons and Markelle Fultz will take the court with him (knocking on wood) and there are reasons for hope. Former GM Hinkie’s “trust the process” mantra to help fans through the dark days of the rebuild has become a rallying cry thanks to Embiid.

The R & J Farmers Market in Souderton, Penn., has taken it to another level with this corn maze. 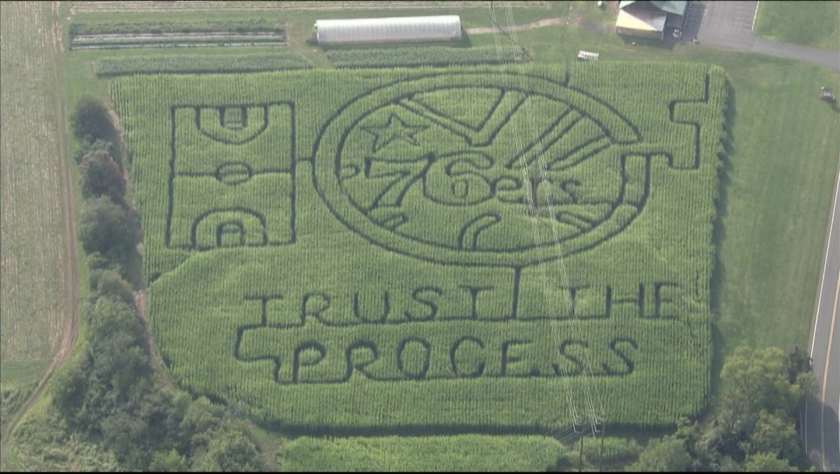 The most impressive part is Rich Alterman did that without a GPS, he just drew it out on a graph then did it by hand (when the corn was younger and smaller).

We all just hope the Sixers can get healthy, on the court, and start living up to all the hype.