If you liked the subtle changes in the uniforms for the upcoming NBA season for teams like the Cleveland Cavaliers and the Denver Nuggets, I have bad news for you. Especially if you are a Minnesota Timberwolves fan.

According to a post on Reddit, a user was able to get a screen grab from NBA 2K18 that would represent a new Nike uniform that will likely either be called “The Athlete’s Mindset” or “The Community”.

The Timberwolves recently went through a full-on rebrand, which wasn’t really necessary in my opinion given how great their old color scheme was. Then again, their old court was an abomination, so maybe it’s a trade offoff.

The result is a color scheme that looks exactly like the Seattle Seahawks. Meanwhile, it looks like Timberwolves fans will have something to groan about if they ever see this on their team. 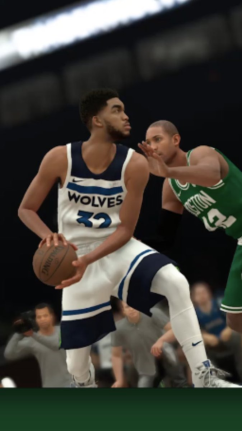 There are a lot of criticisms to be had here, especially if you don’t like the Washington Wizards look.

To me it looks like an AAU Uniform, which is sort of embarrassing to see on an NBA team. These rebrands typically go one way or the other, taking huge risks and winding up pretty bad or going with solid design cues that folks love, with very little opinion landing in the middle.

Sometimes you get the new Charlotte Hornets uniforms, and other times you wind up with neon green as your team’s secondary color.