Gregg Popovich seems like a nice, considerate dude with a good head on his shoulders. The San Antonio Spurs coach made headlines this season as a leading advocate against many of the political changes occurring since the election of Donald Trump. He’s a thoughtful guy.

Popovich is also apparently a big tipper. A photo recently surfaced via Reddit and MySA.com that showed Popovich’s signature on a bill that had a $5,000 tip on it. 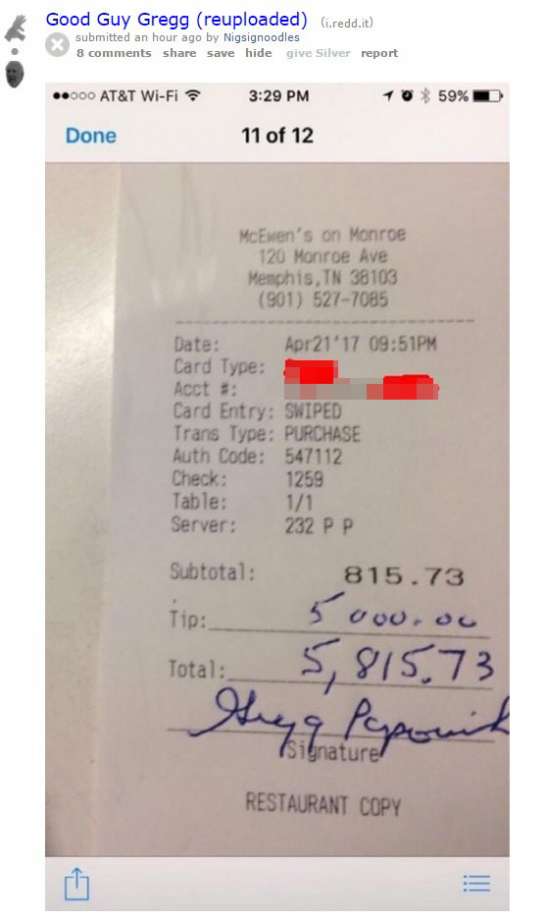 If you’re ever waiting on Pop, be sure to come back to refill his water as much as you can. It looks like it might be worth it for you.