The Magic’s run-of-the-mill late-season signing of Patricio Garino turned into something much bigger when his agent tweeted a photo of his client inking the contract in front of this board: 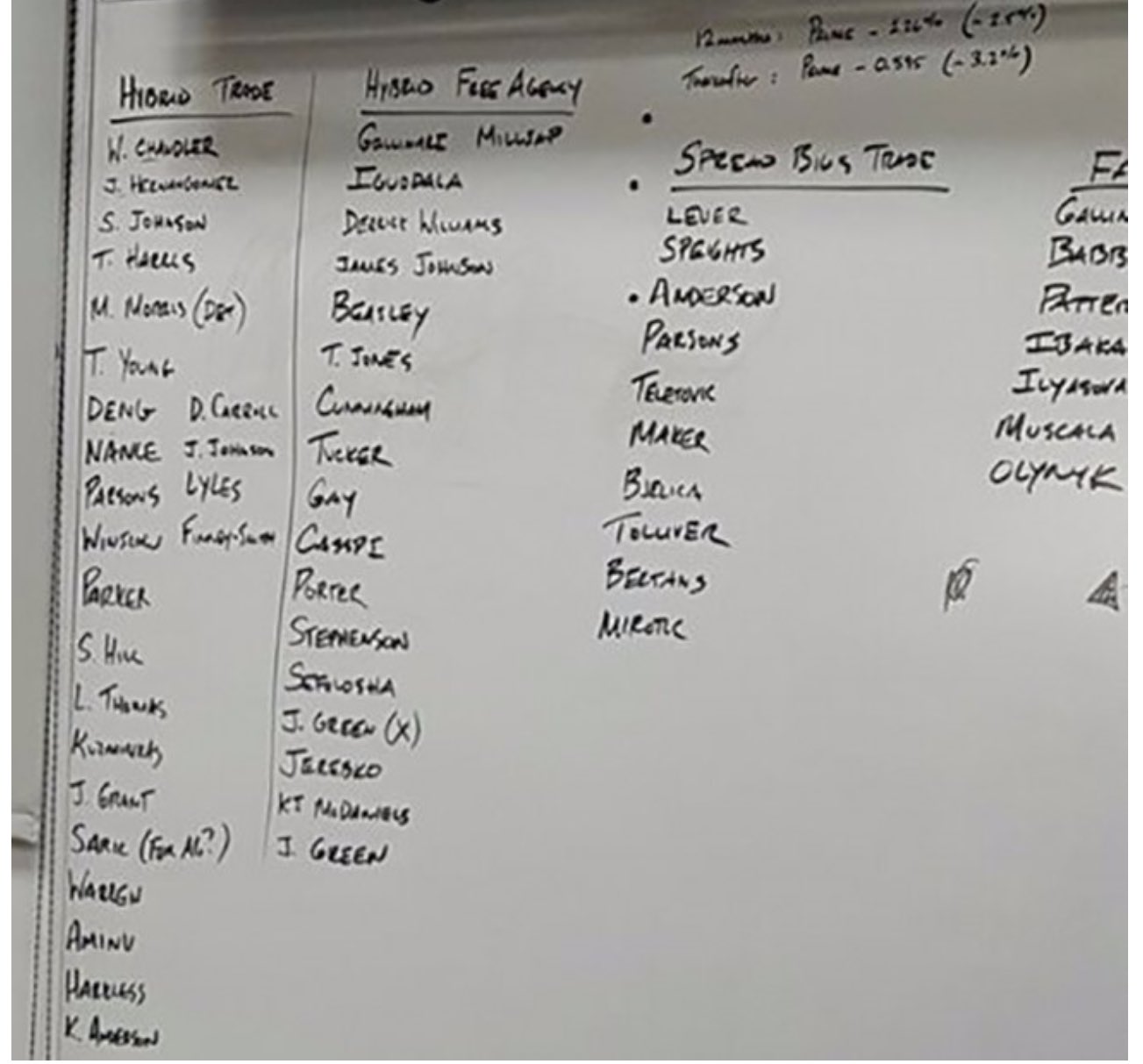 Just what exactly does that show?

Josh Robins of the Orlando Sentinel:

Magic general manager Rob Hennigan said the lists are “not indicative of plans” and were “simply listing options, including some of which other teams have inquired about.”

This is a special “What else is he supposed to say?” Obviously, Hennigan was going to down downplay the lists. This embarrassing leak comes at what could be the end of his underwhelming tenure. But the “some of which other teams have inquired about” is impressive spin. If only Hennigan managed Orlando’s roster that well.

The truth is we don’t know what these lists mean, and while it’s fun to speculate, that’s all we can do.