James Harden took 11 of them. So did Trevor Ariza. Eric Gordon topped them both with 12.

It is only fitting that a Mike D’Antoni coached team holds the NBA record for most three-point attempts in a game — the Rockets set that Friday night with 50 of them. Houston made 21 (42 percent), and that was enough to get the 117-104 win over Sacramento.

The 21 made threes were two short of that NBA record. The Rockets took 58.8 percent of their shots for the game from beyond the arc, and 71.4 of their made threes came off an assist. Check out the Rockets’ three-point shot chart for the night. 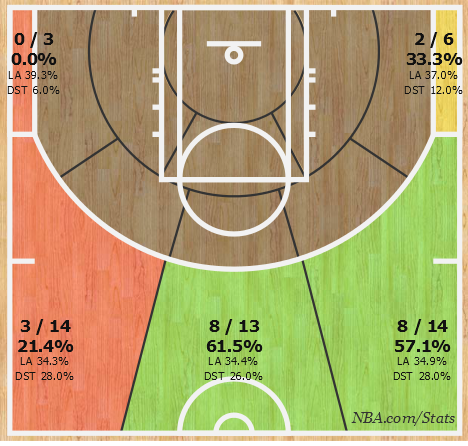 DeMarcus Cousins had 32 points and nine rebounds on the night, but it wasn’t enough to get the Kings a win at home.