Russell Westbrook has now four triple-doubles in 13 games, which puts him on pace for 25 this season.

Westbrook had 30 points, 13 assists, and 11 rebounds in the Thunder’s comfortable 124-101 win over the Nets Friday night. He did it attacking the rim — nine of his 21 shot attempts on the night were in the restricted area. Check out his shot chart, and marvel at what Angry Russ can do. 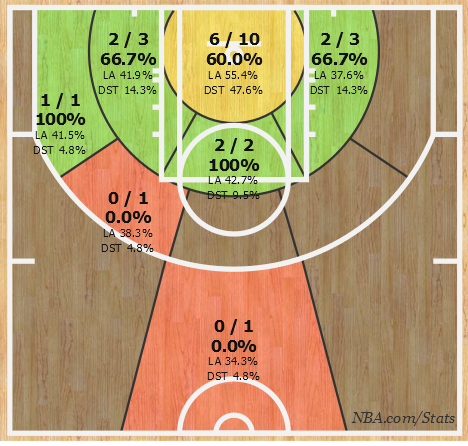