The NBA’s leading scorer is not Russell Westbrook, nor is it James Harden or Anthony Davis (all of whom are putting up big numbers).

It’s DeMar DeRozan, and he dropped 33 Saturday night in the Raptors win against the Knicks — the eighth time in nine games this season he’s had 30 or more points in a game. He didn’t do it by adding a three-point shot, DeRozan is just killing it from the midrange this season. 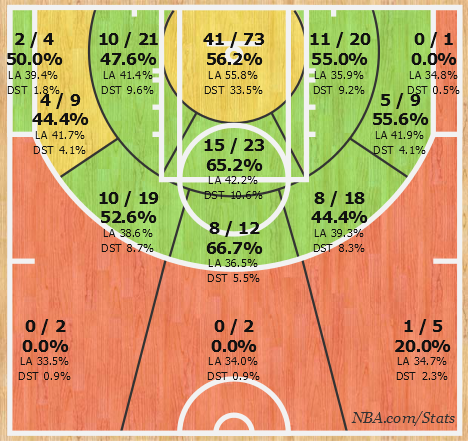 According to Synergy Sports, DeRozan is getting 53.8 percent of his shots either as the pick-and-roll ball handler or in isolation, and nearly half of his shots are off the dribble, where he is shooting 53.7 percent.

Is that kind of midrange shooting sustainable for a full season? I wouldn’t bet on it, but so far he keeps hitting the looks.