The Nuggets unveiled an awesome sleek white uniform last year. They called it their “WHITEGOLD” alternate, and it was part of the NBA’s “Pride” series of uniforms.

So far, so good. Denver had a clean new look and another source of revenue from jersey sales.

But, after some hiccups last year, the Nuggets have crossed words rather ham-handedly.

As captured by Daniel C. Lewis of Denver Stiffs, this is how the team’s official website listed the alternate-jersey schedule: 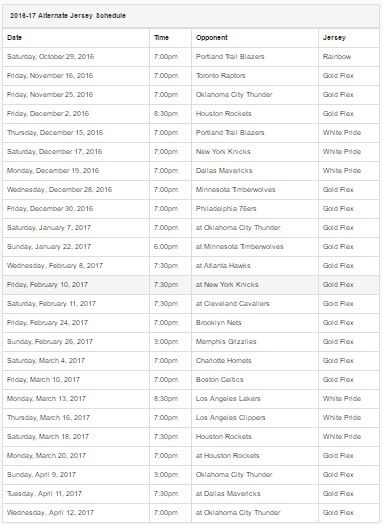 This isn’t a “real” problem. It’s poor wording and looks ridiculous. But it doesn’t actually harm anyone.

The page has since been taken down. My guess is it will return with better phrasing.