Until the past couple of years, the Run TMC era was the most entertaining and one of the greatest eras of Golden State Warriors basketball. Even if it lasted just two years. Tim Hardaway, Mitch Richmond, and Chris Mullin — with Don Nelson pushing them as coach — brought up-tempo basketball and some playground to the Bay Area.

This season, the Warriors are going to honor that era with some throwback jersey nights, the team announced Friday. From the official press release:

The new Crossover alternate uniform harkens back to the “Run TMC” era Warriors of the early 90’s and features the very same diagonal lettering worn by the team then, mixed with the color scheme and design of the jerseys the team wears on the road now.

The Warriors will wear them for six games this season, all on Sundays:

I like the look, although the Run TMC crew’s best season was 44 wins and a second round exit. These Warriors expect more than that. 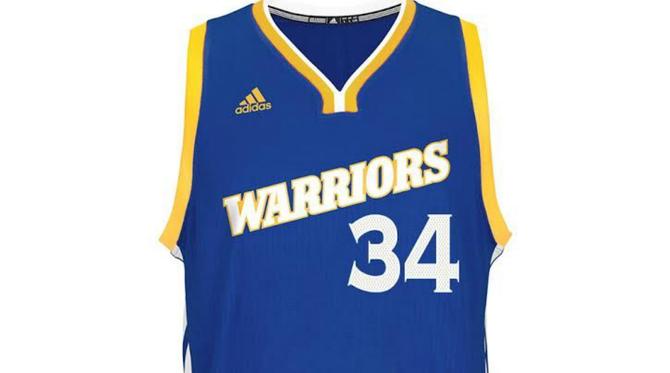