What was the first Canadian team in the NBA or a league that would become the NBA?

The Raptors are paying home to their Toronto predecessors with these Huskies throwbacks: 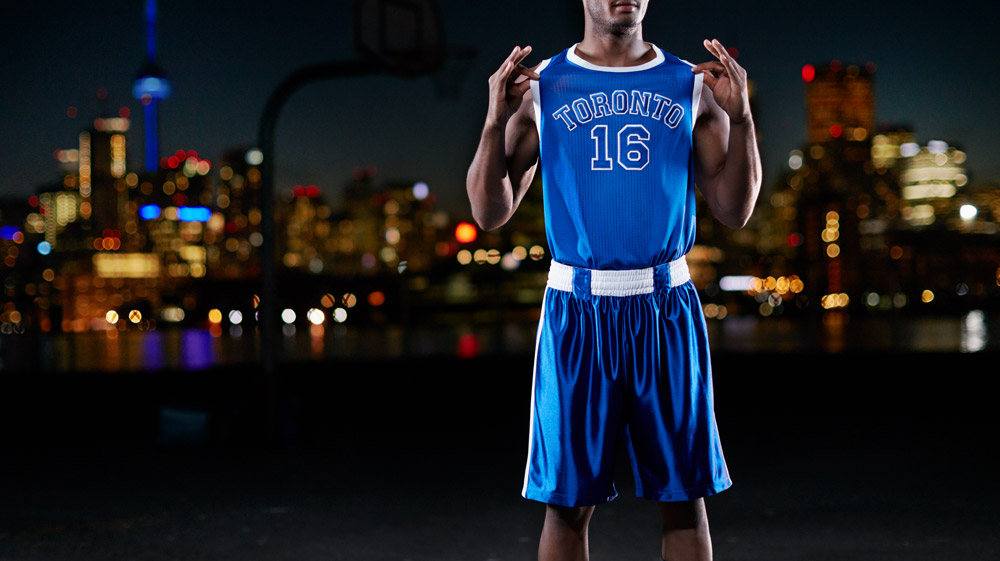 The Raptors previously wore white Huskies uniforms. The blues are new – and I like them up close.

The design is relative simple, but the illusion of a thick belt with buckles is a nice nod to the 40s.

My biggest potential gripe is how the blue numbers, outlined in white, show up against a blue background from distance or on television. Watching a game with these uniforms might not match the quality displayed here.

The Raptors also unveiled red Chinese New Year uniforms. Click through to see the clever way the team incorporates a dragon and its logo into the jersey text.