Friends vacation together. They bring their families. That’s what LeBron James, Chris Paul, Dwyane Wade, and Carmelo Anthony are doing right now — for the second year in a row they are all out on a rented boat hanging out together, this time off the coast of Majorca (an island in the Mediterranean off the coast of Spain, best known in the sports world as the birthplace of Rafael Nadal). Must be nice.

And they brought the banana boat back.

You remember the banana boat from last summer, right? Which led to ridiculous “who is recruiting who?” and other conspiratorial plots. Because Twitter loves a conspiracy.

Not only are the four All-Stars vacationing together, but Chris Paul got Snapchat to make them a custom banana boat filter (the original pics from last year had Wade’s wife and actress Gabrielle Union on the boat, but now ‘Melo is along for the ride). Here is what CP3 posted on Snapchat: 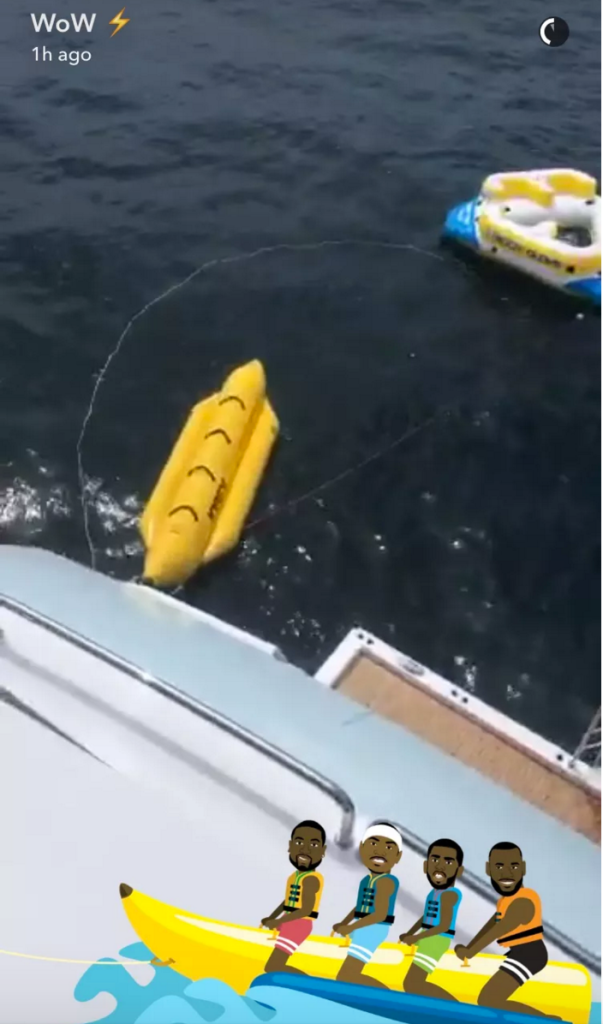 Have fun with this.

And while I think it is likely LeBron James leaves Cleveland some time in the next few years, and him playing with one of his buddies is not out of the question, take off the tin foil hat and spare me your conspiracies. Let four friends take a vacation without projecting your insecurities about your team onto them.