There are two things that NBA fans from the Moda Center in Portland to the American Airlines Arena can agree on: Jerseys with sleeves suck, and beer at the arena costs too much.

But in Philadelphia, where you can get a ticket to a Sixers game at a single-digit price — how much are you going to pay to see that team? — it raises an interesting question:

What costs more, the ticket or the beer? One fan posted his answer. 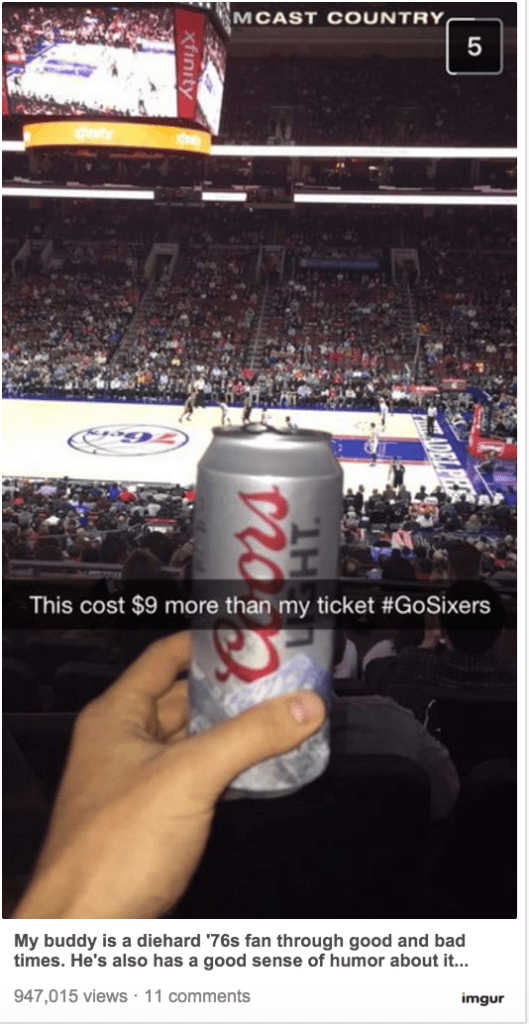 First, notice this guy is not way up at the top of the arena, he got single-digit ticket prices in the lower bowl. Among the things Jerry Colangelo needs to fix…

Second, $9 for a Coors Light can may be the norm around the league, but that is highway robbery.

Finally, I went on a couple secondary market ticket sites (Seat Geet and Stubhub) to see how cheaply I could buy a ticket to see the Sixers in Philly, and the answer was $8 to see Detroit, $15 to see New York, $7 to see Memphis, and $8 to see Minnesota.

So yes, a $9 Coors Light costs more than most of those. And if you decide to splurge a little and get a good craft beer, well, you might as well be sitting courtside.