Stephen Curry brought the tricks and the treats to New Orleans on Halloween night. There were the insane passes, and there were the shots over fellow superstars.

In the end, Curry was the show — 53 points, 28 of which came in the third quarter — as the Warriors moved on to 3-0 with a comfortable 134-120 win over New Orleans. Curry was getting space to get off his shots (12 of his 27 shots were uncontested, according to NBA.com’s Sports VU tracking numbers; he hit 10). Part of that was he was shooting threes from Baton Rouge, and part of it was New Orleans’ defense is a mess.

But when Curry gets going, this is the shot chart you get. 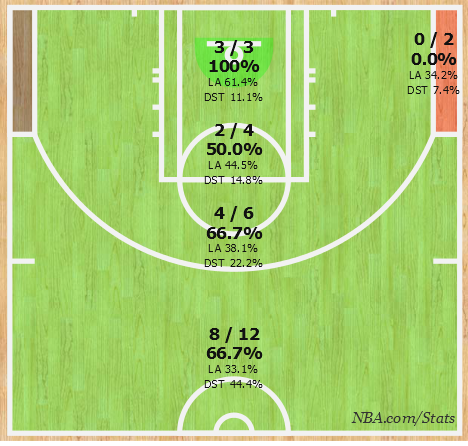