The death of long-time NBA coach Flip Saunders has saddened the NBA, and you could see that outpouring of grief online Sunday afternoon.

His former players in particularly were saddened by the loss of someone many saw as a mentor. This is just a small fraction of the responses. 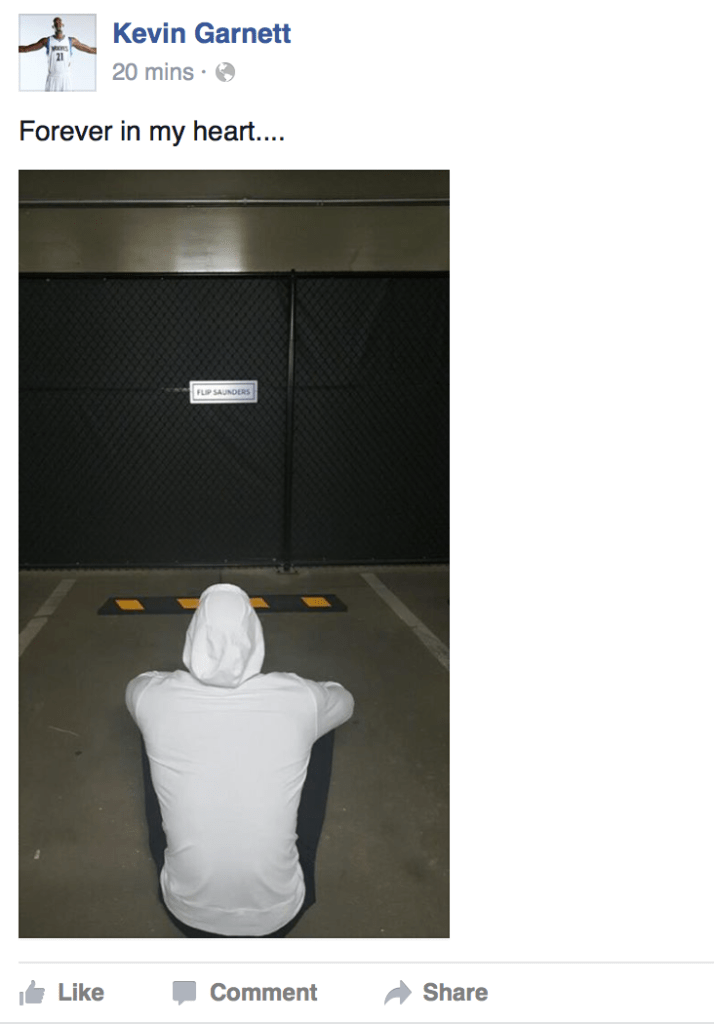 Flip you were one of a kind. Great basketball mind and even better human being. You had a great impact on my life personally and professionally. RIP my friend. Prayers are with the Saunders family during this time.

I've been thinking for 30 minutes of what to say but words can't describe how special and important Coach Saunders was to me. I want to thank you coach for giving me the opportunity to play in the NBA and achieve my dream. I know the man above has a special place for you in his kingdom and this world, this league, this family will never be the same. I love you coach and I'm going to miss you so so much.

I am deeply saddened by the passing of Coach Flip. My condolences to his family and loved ones. #RIPFLIP pic.twitter.com/yxcJwdT0eG

Thank you for everything you have done for me coach! U will Truly be missed. I know God will take good care of you and keep your family safe! #TwolvesFamily love ya Flip🙏🏽

RIP to @Flip_Saunders … Had the pleasure to play for him and get to know him. Great coach and Person!!! My heart goes out to his family

RIP coach Flip Saunders my fist coach in the NBA it was a pleasure playing for you, my condolences goes out to your family.

We have all been blessed by your wonderful life, Coach Flip. You will be deeply missed. Rest in peace.

“The NBA family is mourning today over the tragic loss of our friend and colleague, Flip Saunders.  With more than 40 years around the game, 20 of them in the NBA, Flip’s untimely passing has left a gaping hole in the fabric of our league.  Flip was a beloved figure around the NBA, nowhere more so than in Minnesota, demonstrating a genuine and consistent passion for his players, his team and the game.  On behalf of the NBA, we offer our most sincere condolences to Flip’s wife, Debbie, their four children and the entire Minnesota Timberwolves organization.”

The condolences flowed from people who had not played for him as well.

My condolences to the Saunders and @Timberwolves family! Lost a great person in our fraternity way to early. So sad #RIPFlip

Very sad to hear the passing of Flip Saunders.He had a great soul&was always warm&engaging.Condolences to the Saunders family& @Timberwolves