I’m a fan of the Pistons’ alternate uniforms in general — their “Motor City” ones may be may favorite alternates around the league.

Now they have a new one — Detroit Chrome.

#DetroitChrome is here! Learn the story behind the jersey and get the gear at http://t.co/R52La42saE https://t.co/6KO9Sa2j2w

The Pistons will break these out for seven home games this season. From the official release:

The inspiration for the Detroit Chrome jerseys came about as a way to honor our coolest cars from the past and the cars of the future. Detroit is universally known as the auto capital of the world, where chrome leaves an indelible mark on the cars we create. The uniforms feature a matte chrome base color with clean simple lines inspired by the classic muscle cars that have roared up and down Woodward Avenue for decades. The navy trim and Detroit emblazoned across the chest represent the blue collar work ethic that the auto industry and region was built on.

That would look good in the first round of the playoffs, too. (I’m predicting they get the eight seed.) 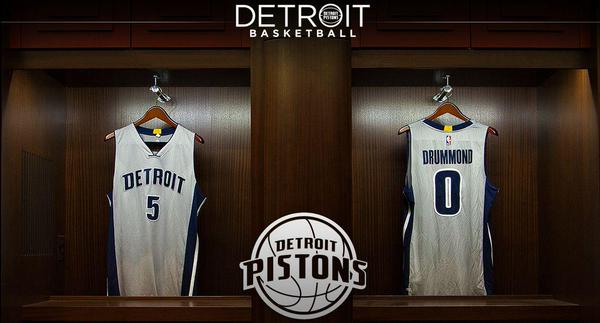