The Toronto Raptors have a new logo and now new uniforms for next season, something everyone knew, but they officially announced Monday. Here are the home and away looks. 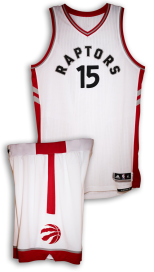 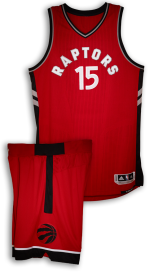 I could talk about how they have the colors of the Canadian flag still, or how they have a maple leaf and “we the north” on them, or how the player names on the back will be arched rather than straight across, but that’s not what you care about. Here is what you wanted — the black-and-gold Drake inspired alternates. 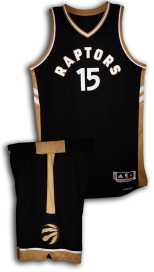 I’m no fashion critic, but they’re not bad. From the official press release.

If you’re not a fan of Drake or these alternates, I would suggest avoiding a lot of the All-Star Game next February from Toronto. It’s going to be a Drake-fest.