Gigi Datome was traded from the Pistons to the Celtics at the deadline last season, and averaged just 10.7 minutes per game in 18 regular season appearances.

But he was a fan favorite of sorts in Boston, and was able to score in double digits in the few instances where he was given enough playing time to do some damage.

As a free agent this summer, he had more than one team interested. But wanting a larger and more consistent role, Datome chose to leave the NBA entirely and play overseas instead.

Datome agreed to a a three-year contract with Turkey’s Fenerbahce squad, and took to Facebook to explain his decision. 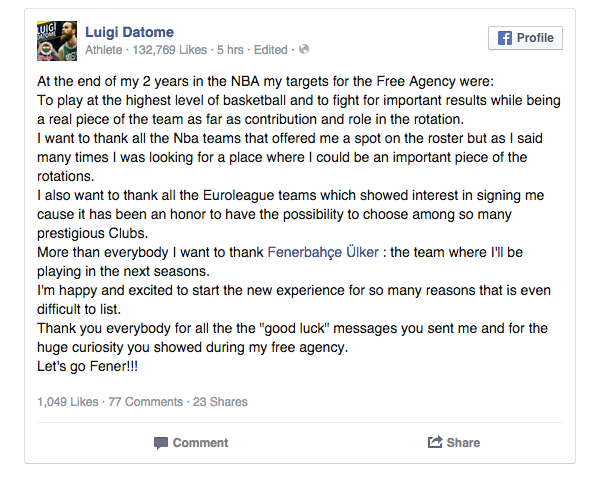