When he took to Twitter, you got the impression Carmelo Anthony didn’t love the Knicks trading Tim Hardaway Jr. away.

The bond between mentor and protege enables us to stay true to our chosen path. #StayMe7o #TheJourneyContinuesForYou pic.twitter.com/ONVlSj2uKQ

Then there were reports he did not like the drafting of Kristaps Porzingis — a player with a lot of potential but maybe three years away from actually helping the Knicks.

However, Anthony has since responded on Instagram to a fan and tried to downplay the drama (hat tip Eye on Basketball).

Of course, Anthony is going to back the company line publicly. He needed to, they are paying him to be the face of the franchise.

But he’s not afraid to throw a few elbows at fans either. 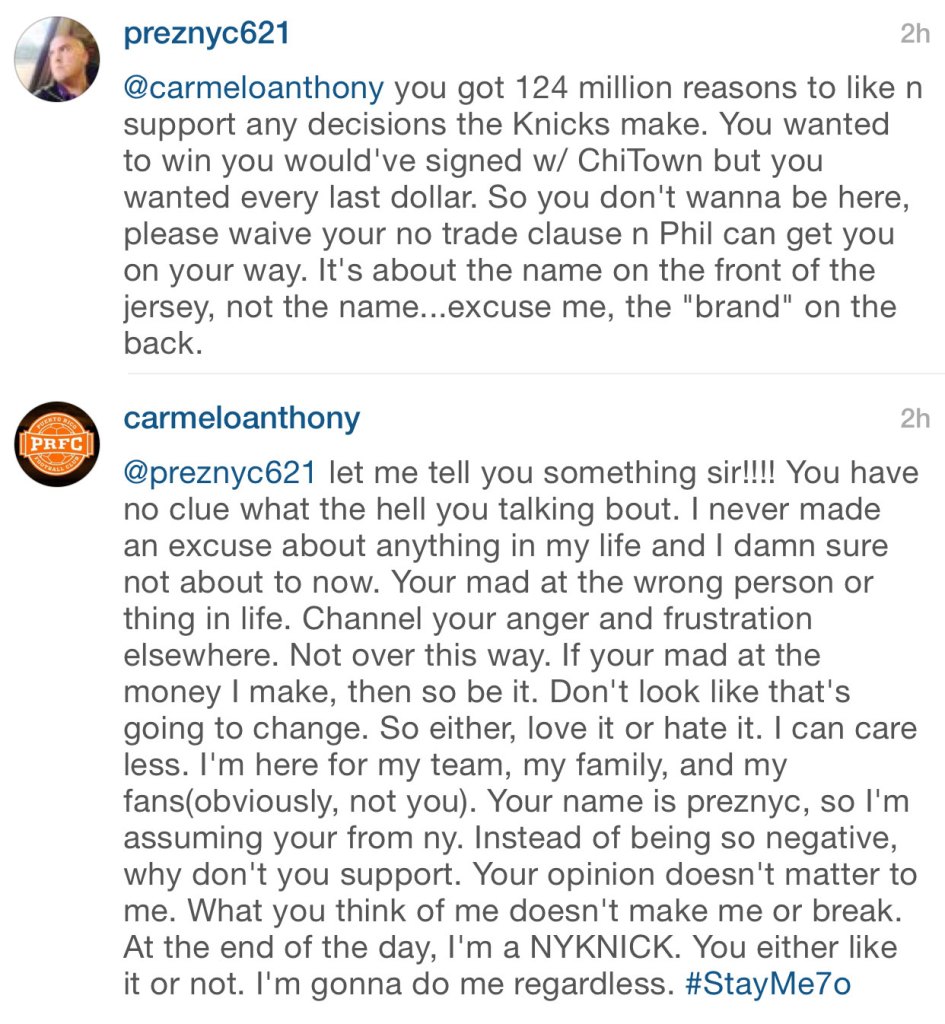 Fans bitter at how much money Anthony makes — or LeBron James, or Kobe Bryant, or… — need to have a discussion with society about how much we overvalue entertainers, then have a conversation with capitalism. Because the issue is a lot bigger than Anthony, if that’s your concern. Anthony makes what the market will pay for his skills. If you had his skills, you’d take the money and run.

Anthony is trying to downplay the drama; it’s the smart play.