We’ve known that the Clippers would be undergoing a rebranding this summer, and while we got a glimpse at what the new logos and uniforms may look like, it was made clear in the various reports at the time that nothing was set in stone.

The initial look didn’t get anything resembling a positive response, but everyone reporting on the leaked images was told that they were only one of several options being considered.

We won’t have to wait too much longer to see the end result.

Clippers owner Steve Ballmer is expected to formally make the announcement as early as Thursday. The Clippers have already begun the process of switching out the old logos at the team’s training facility in Playa Vista, Calif.

ESPN reported in April that the Clippers were planning on changing their logo and uniforms this offseason. In addition to red, white and blue, which have been the team’s primary colors, the Clippers will also add black as a new color, including adding a black alternate uniform.

There have been too many images leaked to believe that anything could change too drastically from what we’ve already seen. The ones below seem likely, but we’ll wait until everything becomes official before weighing in with our final thoughts. 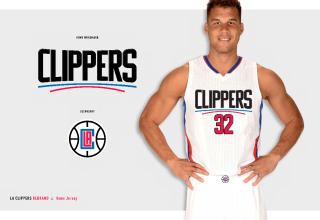 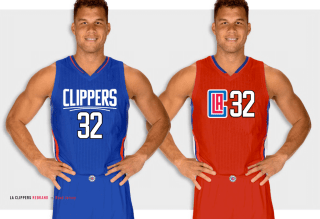 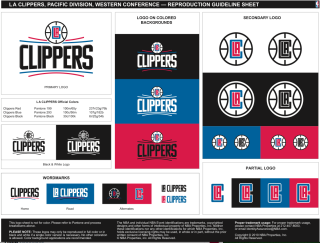