When President Obama visited Nike World Headquarters in Oregon earlier this month, he was (of course) gifted with some very unique pairs of sneakers.

One of the sets Obama was given, an MTM two-pair pack of Air Jordans, has finally been revealed — and a release date has been set.

From T Magazine of the New York Times:

MTM is named for the three men who designed the two pairs in collaboration: Nike C.E.O. Mark Parker and designer Tinker Hatfield and, of course, Michael Jordan himself. “The MTM is a great way to celebrate the 30th anniversary of the Air Jordan franchise,” Jordan says of the collaboration. “It was a lot of fun to work with Tinker Hatfield and Mark Parker on reimagining two of the best shoes we have ever created.”

The MTM bookends the history of the world’s most recognizable sneaker: It contains a pair of Air Jordan I, the silhouette first released in 1985, and a pair of Air Jordan XX9, the most recent model released last fall. The Jordan I shoes have been updated with FlyWeave construction in black and gray, while the XX9s have been reimagined in sleek black leather. 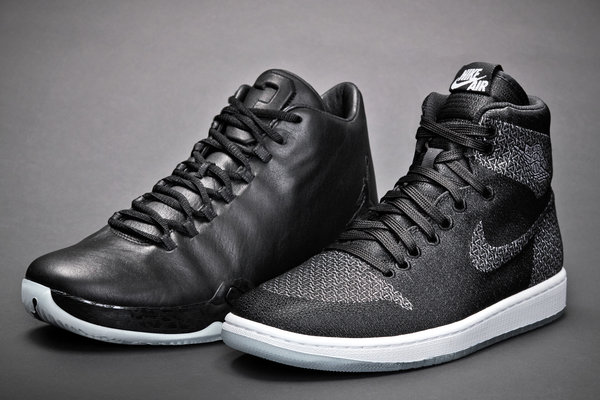 The two-pair MTM release (for $700!) will be available June 13 at Nike Lab P75 in Paris and June 26 at jordan.com and select Jordan retailers.