Sometimes we may think that athletes live their lives in a vacuum, insulated from the Internet nonsense that surrounds them and the games they play.

But just like the rest of us, they have friends that will get in touch when everyone is talking about (or in this case mocking) a particular play they might be featured in — like this one, for example.

Stephen Curry did Chris Paul about as dirty as possible on that play, but hey, what are you going to do? Paul is an above average defender at the point guard position, but Curry’s handles were simply to ridiculous to deal with during this one crazy sequence.

Afterward, people got all kinds of creative posting pictures of Paul falling down in various hilarious situations. And eventually, Paul got in on the fun himself.

“Hey @kevinhart4real out of the 8 you sent me, this was the funniest one!! Now relax lol #GotMe #GottaLaughAtYourself” is what Paul posted to his Instagram page, along with the accompanying image. 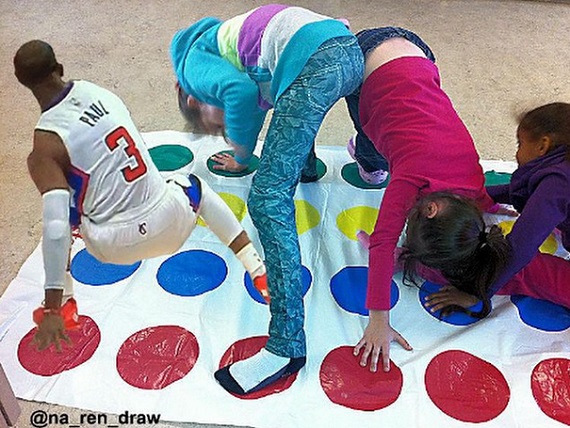 Good on Paul for not taking himself too seriously.